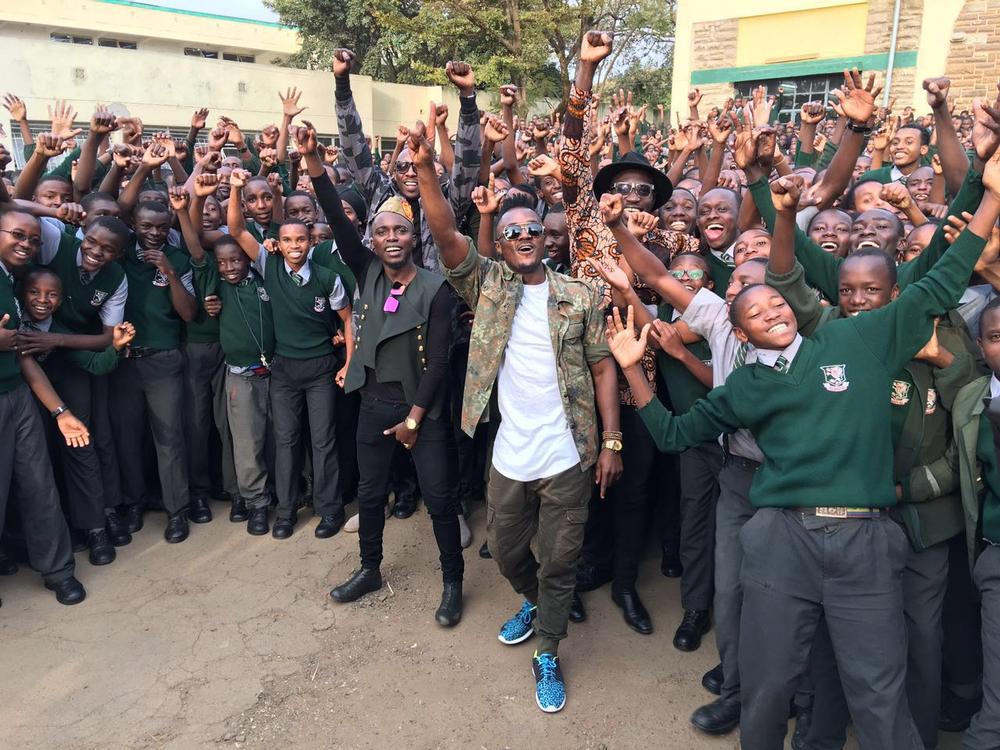 Sauti Sol shocked the world when they got nominated for the 2014 MTV EMA (Best African Act) as the underdogs and went on to win the ultimate trophy, beating continental giants in the category such as Davido, Sarkodie, Tiwa Savage, Goldfish and Diamond Platnumz. The following year they became the only East African acts to be nominated for 2015 BET Awards – Best International Act Africa. On July 28th 2016, Sauti Sol made a special homecoming visit to their former school, Upper Hill School. What happened is amazing!

The purpose of the visit was very critical as there have been over 100 arson attacks against schools in Kenya recently.
Sauti Sol was at Upper Hill School to speak out against this and call for a stop to the #SchoolBurning.

“Because of ‪Upperhill‬, Sauti Sol was born. This morning we joined our former high school UpperHill in calling for an end to the school burning menace”

In addition, Sauti Sol also highlighted the SOMA SOMA Initiative which promotes creative arts in education. The SOMA SOMA concept is built around the idea that “creative arts are an intricate part of our development and culture. They give us a sense of unity in our everyday interactions and can be a powerful tool to establish learning”. Band member Savara Mudigi addressed the boys to study hard but at the same time urged them to move on if they fail.

“There are many exams that you will do in life…you should sit for them, pass and progress with life…whichever way you perform, have the heart to soldier on…it is never the end of life because there many opportunities out there.”

BN featured a snippet of the performance on social media during the weekend, however, here is an extended version.


Related Topics:Sauti Sol
Up Next

BN TV: Episode 3 of Get Pink With Richard – Meeting The Working Girls!