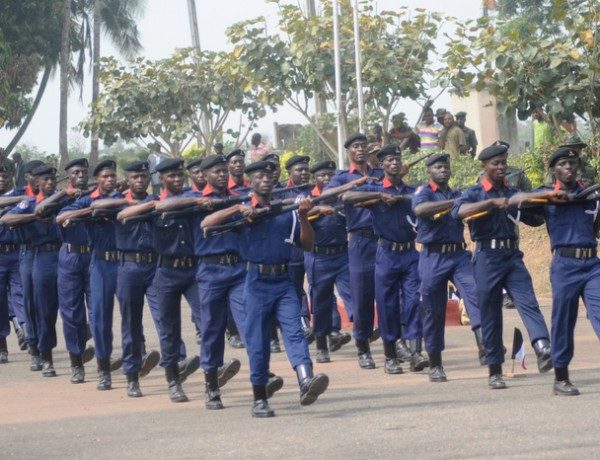 One of the wells was  discovered at a swampy area on Diamond Estate, Egbeda, while the other was on the premises of Winners Chapel International at the Iyana Odo bus stop.

The wells were impounded on Thursday during an operation led by the state commandant of the corps, Tajudeen Balogun.

According to the president of Diamond Residents’ Association, Dapo Ojikiru, the residents have contacted the Nigerian National Petroleum Corporation (NNPC) on several occasions but nothing has been done.

“We have contacted the NNPC on several occasions. When we did not get any response, we dug some holes and evacuated the fuel. We decided to inform the NSCDC when the spillage continued. Our water has been polluted,” he said.

A pastor at the church also decried the pollution of water in the ground. He said he had made several attempts to get the attention of the authorities to the well since he arrived there about a year ago.

“We want the well to be levelled to the ground. We don’t have potable water in the church. The fuel has contaminated our borehole water. We have reported to the NNPC but nothing was done,” he added.

According to the NSCDC boss:

The command was on operations at Diamond Estate following an official report by its residents of oil spillage. The corps discovered a pool of petroleum motor spirit behind the estate wall.

We also discovered a well filled with PMS on the premises of Winners Chapel at Iyana Odo. The pastor of the church said he had earlier reported to the NNPC. We will do everything within our power to correct this anomaly by working with the necessary agencies to avoid any possible hazardous occurrence.

This comes less than 2 weeks after the Lagos State Emergency Management Agency (LASEMA) and the Lagos Police command discovered wells filled with diesel in more than 10 houses in the Ilasamaja area of the state.

“At the last count there, we have seen about 12 houses that had wells dug behind the house and the only thing that they scoop out of the wells is diesel but not water.

It is believed that almost all the houses within that vicinity had this same thing.

We have arrested some of the landlords and we have also asked the tenants whether they have the knowledge that they were compromising their lives and property?” Fatai Owoseni, the Commissioner of Police in Lagos had said.