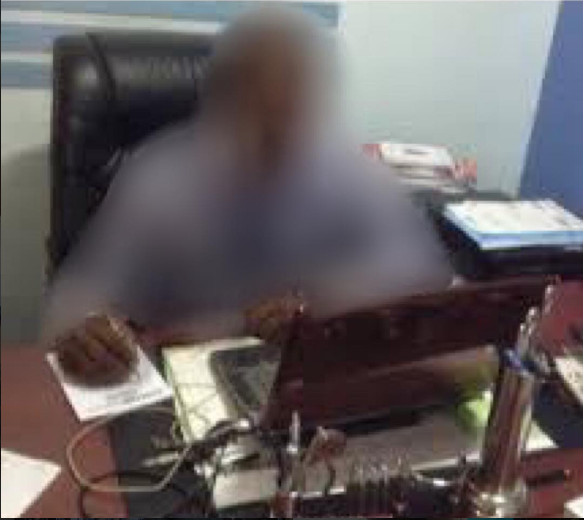 An Abuja-based consultant gynaecologist at Life Point Medical Centre, Dr. Kalu Nwachukwu, 47 has been arrested by officers of the Federal Capital Territory Police Command after he was accused of sexually abusing his patients, Vanguard reports.

A statement by the Command’s spokesperson, ASP Anjufuri Mamza said that Kalu, who was arrested on August 4, drugs his patients before having sex with them.

Dr. Kalu Nwachukwu, a consultant gynaecologist, was reported to have been in the habit of taking undue advantage of his female patients, who come to him for treatment to sexually abuse them. Police operatives attached to the Command swung into action leading to the arrest of the suspect.

In his statement, the suspect confessed to have had sexual affairs with some of his female patients in his office and other locations.

Investigations also revealed that the suspect uses drugs to induce his victims in order to have intercourse with them; thereby corroborating the allegations brought up against him.

Members of the public should carry out thorough background checks on the credibility of the doctors they intend to engage.

According to Daily Trust, Nwachukwu’s colleagues are questioning the police’ account of him drugging and sexually abusing his patients.

One of them said:

This is all just to taint his image and the medical professional.

I’m not saying he’s guilty, I’m also not saying he is innocent. That is what the court is for. What drugs did he use? How much drugs did he give them? Did they test any of the women to know what drug they were given, even if it did happen?

To do that, even if you could, you would have had to force a patient to take the drug. How would you do that in a consulting room in a hospital, busy with staff and patients all over the place. Then you wait for her to go to sleep before abusing her. And then she would wake up, reorganize herself and then drive home. By day or by night? The timeline is impossible.

Te FCT Police Commissioner, Muhammadu Mustafa had earlier said that the suspect has been charged to court, and has been remanded in Kuje Prison.