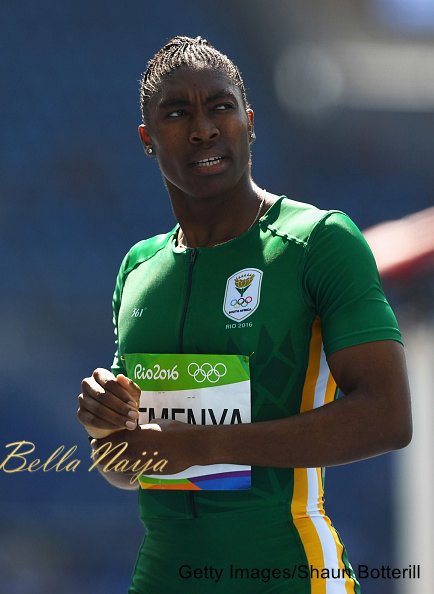 Semenya, who has been subject to a strict media ban by her coach and manager Jean Verster, while in Rio had said:

Caster has never been accused of doping yet there continues to be a lot of noise from various parts of the world as to why she has not been excluded from the Olympic Games in Rio.

There have been calls that she should not participate because she has “unfair advantage” over the other athletes. This has not deterred the runner, and the support from South Africans have been awesome.

The Sports Minister Fikile Mbalula has called for South Africans to get behind the Polokwane born Semenya with a campaign on social media as she is the favorite to win gold.

Critics say Caster Semenya is too built like a man to run with women, but this is the record holder in women’s 800m pic.twitter.com/eTfMmdxlHO

Congratulations Caster Semenya we are proud of u! They will never stop talking, stay focused & continue reaching for that Gold. #Caster4Gold

#RSA CASTER SEMENYA IS THROUGH TO THE SEMI-FINAL ON FRIDAY!!!

Position now to support Caster because when others talk – you can shut them with silence and excellence pic.twitter.com/4oiuDWoMlz

We are Proud of you @caster800m
Go and make Special Memories.
54 million supporters back home.@teamsa16 #Rio2016 pic.twitter.com/jpPhom8PM0

Related Topics:#Rio2016Caster Semenya
Up Next