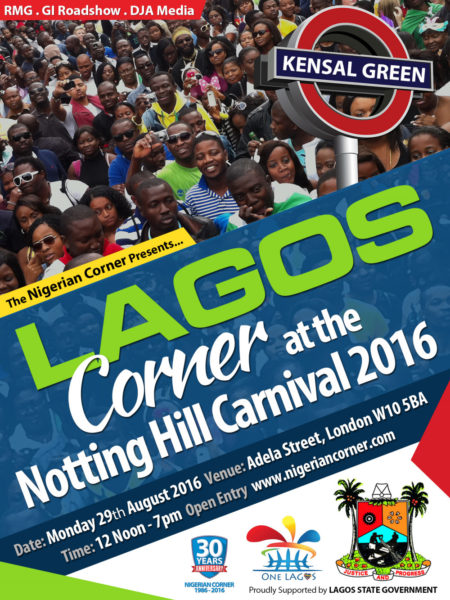 This year is the 30th anniversary of the largest event for Nigerians in the UK, the Nigerian Corner at the Notting Hill Carnival. And this year, the event will be called Lagos Corner, to commemorate the partnership with Lagos State.

This is part of the Love Lagos Weekend happening around London from the 27th to 29th August 2016. An initiative with the Lagos State Government geared towards the propagation of Brand awareness for the State. Starting with a Lagos State Town Hall Meeting, a platform for interaction with Lagos State indigenes and lovers of Lagos State in the Diaspora, then two events, I Laff with MC Abbey and Julius Agwu’s Crack Ya Ribs shows, then the Lagos Corner at the Carnival.

According to Ayo Shonaiya, who’s a founding member of the Corner and also the Producer, “This is a special Nigerian Corner edition which we have dubbed Lagos Corner. It’s been 30 years we’ve been doing this, but this year we’re bringing Lagos to London for the whole weekend”. 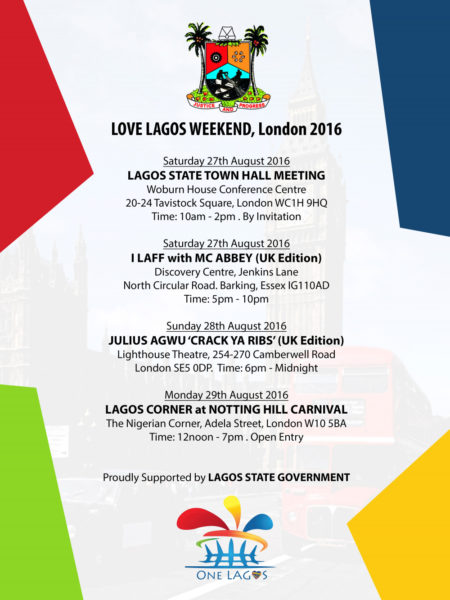