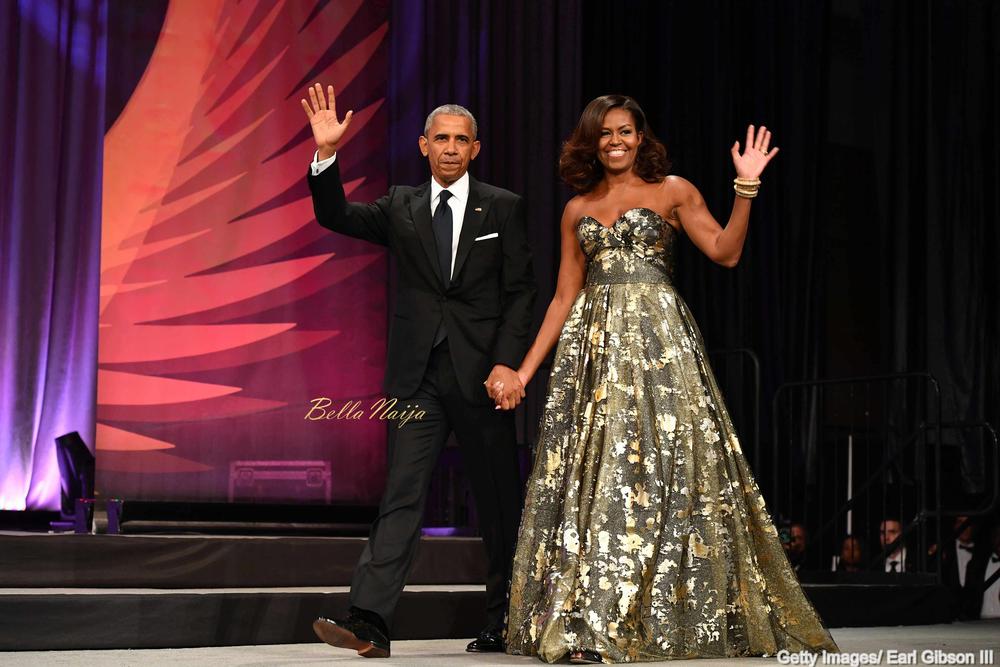 The Obama administration may be winding down but first lady Michelle Obama is keeping up her high fashion standards!

She looked stunning in a strapless Neem Khan gown that featured a full skirt, sweetheart neckline and hand-painted gold leaf on black tulle to the Congressional Black Caucus Phoenix Awards Dinner on Saturday night in Washington.

The event was hosted at the Walter E. Washington Convention Center in Washington, D.C. During the banquet, Barack Obama said “I’ve been so blessed to have a wife and a partner on this journey who makes it look so easy,” he told the attendees, adding that Michelle has always been “so strong and so honest and so beautiful and so smart.”

The Democratic Presidential Candidate Hillary Clinton was also at the event to receive her Phoenix award. 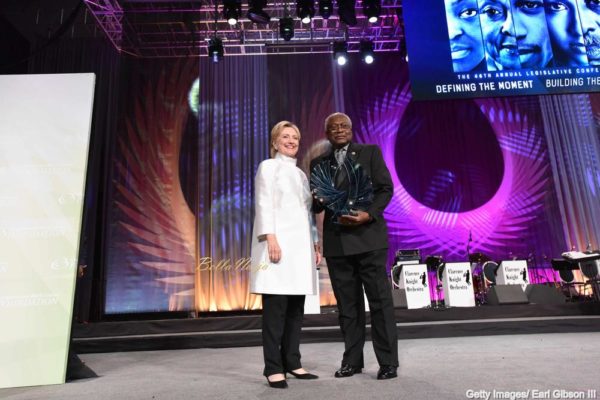 Ono’s Diary: Ono Bello Takes London Fashion Week! Read all About it as she Recaps Day 1 & 2 of LFW SS17!

We ❤️ Tonto Dikeh’s #AsoEbiBella Outfit for a Friend’s Wedding