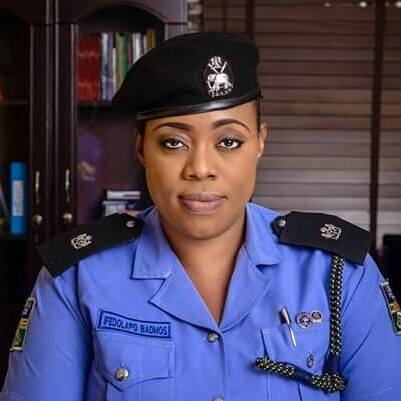 The spokesperson of the Lagos State Police Command, SP Dolapo Badmos, has said that the Commissioner  of Police, Fatai Owoseni, has directed that a manhunt be launched for the suspects who allegedly forced a 23-year-old lady, to smoke Indian hemp before taking turns to rape her at 106, Lagos-Abeokuta Expressway, around Pako Bus Stop, Lagos.

According to PUNCH, Owoseni had requested a comprehensive report from the Isokoko Police Division, Agege following last week’s publication.

“The commissioner of police has directed that the case be transferred to our gender desk unit so that it can be given the seriousness it requires. The CP has said on no account should any DPO compromise on a rape case. A manhunt is on for the suspects at the moment,” Badmos to PUNCH.

The report, according to Badmos, arrived on Thursday.

The victim was allegedly raped on Sunday, August 28 by two men, named Wasiu and Monaco. When the family got to the scene of the crime, they met one Olanrewaju Osinubi, who confessed to giving the victim the Indian Hemp. However, he claimed that the victim took the drug willingly.

Osinubi was then charged to court for obstruction of police investigation.

Explaining why Osinubi was charged with obstruction of police investigation only, Badmos said:

“He was not involved in the rape. After the family reported the rape at the Dopemu Police Division, they had to go and arrest the two suspects – Wasiu and Monaco. But Osinubi obstructed the policemen from entering the house. He said nobody would enter the house to make any arrest.

While this was going on, the suspects escaped from the house. That was why Osinubi was detained and later charged for obstruction of police investigation. They would have been able to arrest the suspect if not because of the obstruction.

They transferred the suspect to Isokoko Police Division because it is one of our family support units where experts handle cases of domestic and sexual violence. The Isokoko DPO’s report shows that the victim’s aunty, who reported the case even appealed to the police to release him so that they could settle it. They probably wanted him released because they had been promised some form of compensation.

The DPO insisted that he (Osinubi) had to be charged to court for what he did. The woman did not even say anything about Indian hemp. We have confirmed from the two divisions and they said the same thing. Even if Isokoko compromised, can Dopemu compromise? He was an accessory after the fact.

Now, she is saying the man was involved while he was not. If we charged him for a crime he was not a part of, we will lose the case because there won’t be any evidence to prove it,” Badmos said.

According to the victim’s uncle, “She has not been able to leave the house. She has been bedridden and taking treatment since the incident occurred. Receipts for different drugs and treatment are piling up in the house”.

PUNCH reports that the family said they are now being threatened in the neighbourhood by some individuals they do not know.

Her uncle said that an individual had come to their house on two occasions to ask about his wife.

“The third time this happened, my wife was in front of the bank in our neighbourhood and a man came to her and asked, ‘Do you know me?’ My wife was able to recognise him as someone she sometimes saw around the house where the rape occurred.

She then told him, ‘Yes, I know you.’ But the man just turned and walked away. People have told us to leave the house for now because the boys who mill around that house (the crime scene) are violent. They smoke Indian hemp all the time,” he said.