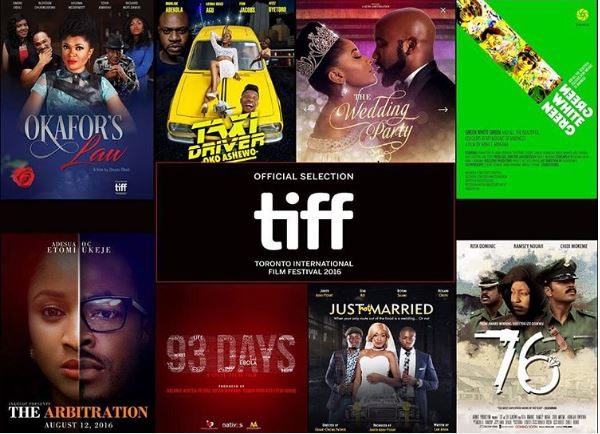 Sometime in August, we heard the announcement about the movies that have made it to this year’s Toronto International Film Festival [TIFF] for the City-to-City category. This year TIFF chose Lagos as the city spotlight and 8 movies were chosen to premiere at the international film festival.

As you can tell, BellaNaija is so excited about this and we can’t way to bring you EXCLUSIVE scoop from TIFF 2016

Star of ’76, Rita Dominic was interviewed by The Globe and Mail and she speaks on what this pivotal moment means to her and how far she has come.

“We’re beginning to do films that can play at the international level, this is the world stage, and it’s rare for us. It means the future is bright for our industry. We want everyone around the world to know about our films. After making films just for people in Nigeria, after going around and around in circles, you want to break outside of that circle and reach an international audience. I’m excited but at the same time I’m very nervous and anxious.”

“We have more properly trained people coming into our industry, people who are technically trained and understand the art of movie-making,” Dominic says. “We have investors who believe more in Nollywood now. In the past, getting investors interested was difficult. You had to prove that they could make their money back. Now we’ve grown the industry to the point where it can’t be ignored.”

“We’re good at telling simple stories and dramas,” she says. “We’re still telling the same simple stories, but at a much higher level of quality now. The idea is to shoot films that everyone in the world can relate to.”

Rita Dominic, plays a beautiful Nigerian student who becomes romantically involved with a military officer and then sees him accused of involvement in an attempted coup and assassination in 1976. In a socially conservative and often-divided country, the film is a taboo-busting saga of two lovers from very different regions of Nigeria, just a few years after the Biafran War, with Dominic’s character unmarried and pregnant.

Here’s a schedule of all the Nigerian films showing at TIFF 2016:

Other Festival events to look forward to:

In Conversation with… Genevieve Nnaji and Kunle Afolayan

Some South African Films will also be shown at TIFF 2016 include;

Hatched Hour directed by Judy Naidoo will be seeking distribution and buyers. It is a dark thriller about a case of mistaken identity that leads to murder.

Tickets go on sale from the 4th – 18th September.

To check out the full schedule of movies, click here.