The Nigerian Army said its troops on ‘Exercise Crocodile Smile’ have arrested, Gabriel Ogbudje, one of the leaders of a Niger Delta militant group, the ‘Otugas Fire Force.

A statement issued by its spokesman, Colonel Sani Usman, on Wednesday said that Ogbudje was arrested along with his accomplice, Elvis Dweller Ejus.

Usman said Ogbudje’s group, the ‘Otugas Fire Force’, was allegedly responsible for the attack on some oil installations in the Niger Delta and the brain behind the threat code named ‘Crocodile Tears’.

He said the suspected militant was trailed and arrested by troops on Agbor-Abraka Road in Edo on Tuesday September 6.

He was alleged to be responsible for the recent act of economic sabotage perpetrated on NPDC/Shoreline major delivery trunk line within Ogo-Oteri general area on the 26th of last month.

The suspect has been on the run since he was declared wanted because of his public declaration as the leader of the militant group ‘Otugas Fire Force’ and his subsequent declaration of the threat code named ‘Crocodile Tears’.”

Usman said both suspects had been handed over to the ‘Operation Delta Safe’ operatives for further interrogation before prosecution by the appropriate security agency.

He added that troops of the Army’s 13 Brigade in conjunction with Nigerian Navy, Nigeria Air Force and Defence Intelligence Agency operatives, arrested a suspected kingpin of the Niger Delta Avengers.

The spokesman said the suspect, Isaac Romeo, also known as “G2” was arrested in one of the militant’s camps in Cross River.

Usman said the kingpin was arrested with two other persons; Lawson Samson and an elderly man, Iyang Ekpo, in Calabar on Saturday, Sept. 3.

He said the arrests followed painstaking efforts and tracking of the militants who were at the locations to perpetrate further criminal activities of sabotaging critical infrastructure.

In a related development, Usman confirmed the arrest of a Boko Haram suspect on the Army’s list of wanted insurgents. 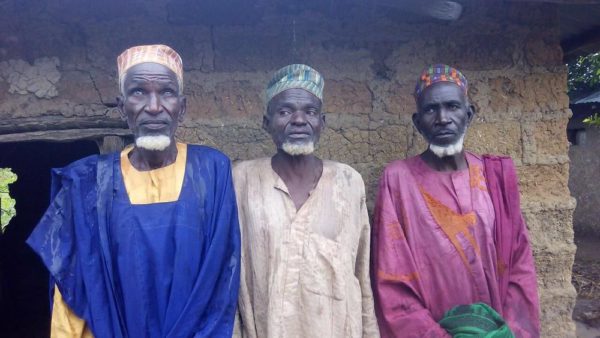 According to him, the suspect, Muhammed Bulama, is number 105 on the list of wanted Boko Haram insurgents.

He said Bulama was arrested with two other suspects; Ardo Abba Muhammed and Muhammadu Kaigama on September 6 in Azare community, Gujba Local Government Area of Yobe.

Usman said the suspects were arrested riding on horses and a bicycle shepherding some sheep to market.

He said the suspect, during interrogation, confirmed his photograph on the wanted list and further revealed that he specialised in rearing animals for Boko Haram.

The spokesman said the suspects further confessed that they were in the village to sell the animals as they had run out of cash in their hideout.

Usman said the suspects also confessed that they were also making efforts to get some food items back to the camp for the Sallah festivity.