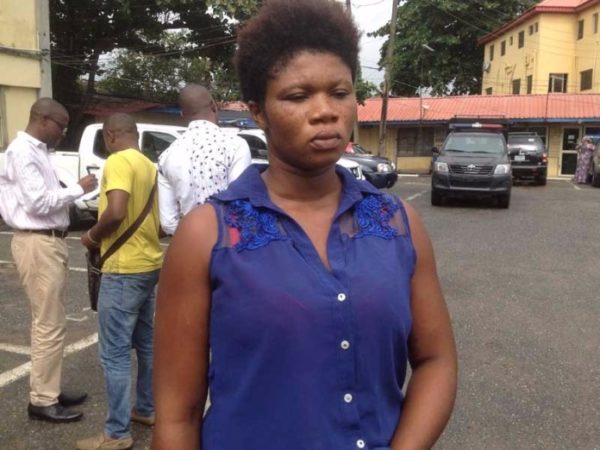 The Commissioner of Police in Lagos State, Fatai Owoseni, on Thursday said the Police had arrested a 31-year-old woman who allegedly dumped her baby on the street about two hours after her birth.

Owoseni, who gave the suspect’s name as Ifunanya Eme, an indigene of Enugu State, said she was arrested on Tuesday during the Eid el-Kabir holiday.

He said the woman allegedly gave birth to the baby girl at No. 1, Prince Bello Street, Ajagbandi in Ojo Local Development  Area Council of the state.

The police chief said the suspect allegedly wrapped the baby and dumped it on the street, adding that the police was able to trace her after investigation.

“The baby is now in the Police Cottage Hospital located at Ikeja Police College for proper care. We are trying to reach a government agency that would rehabilitate the woman,” he said.

The suspect claimed she abandoned the baby because of hardships.

Eme, who claimed to be married with three children before, stressed that she had separated from her husband, but got pregnant for another man who denied responsibility.

“I gave up my daughter because I had no help and my mother is dead. I don’t even know the whereabouts of her father. The only thing I know is that he told me he was traveling. Since that day till now, the  number he gave me can’t be reached,” she said.

She, however, claimed that she abandoned the baby at the gate of her residence after giving birth to her at about 1AM., alleging that her neighbours alerted the police.

“After I gave birth to the baby in the public toilet in our house, I wrapped the baby with a bag and dropped her outside our gate and went inside to sleep. I never thought of checking my baby again. I just wanted someone to find her and take her nothing more,” she added.

Sandra Bland: Family Settles for $1.9m Over Daughter’s Death While in Prison | WATCH