Congratulations to Bovi and his wife Kris as they Welcome their Third Child, a Baby Boy! 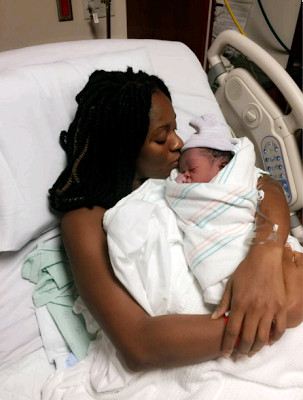 Comedian Bovi Ugboma and wife, Kris Asimonye Ugboma welcomed their third child, a baby boy, yesterday. The couple who have been married for 6 years have two kids, a boy and girl, David and Elena. They announced the arrival of their new baby on SnapChat with Kris posting photos of herself and her cute little baby. 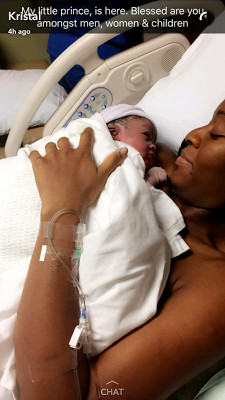 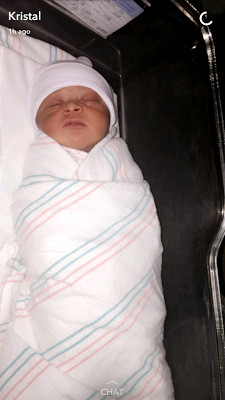 Bovi also announced on SnapChat, informing us that both mother and child are doing good and there with be no naming due to the economy, haha! 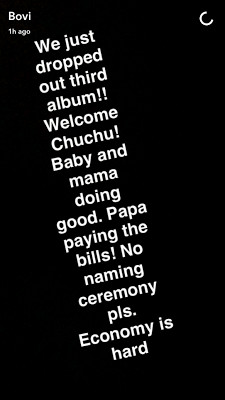 #MTVMAMA2016: Bonang Matheba to Replace Trevor Noah as Host after he Canceled due to a Respiratory and Ear Infection