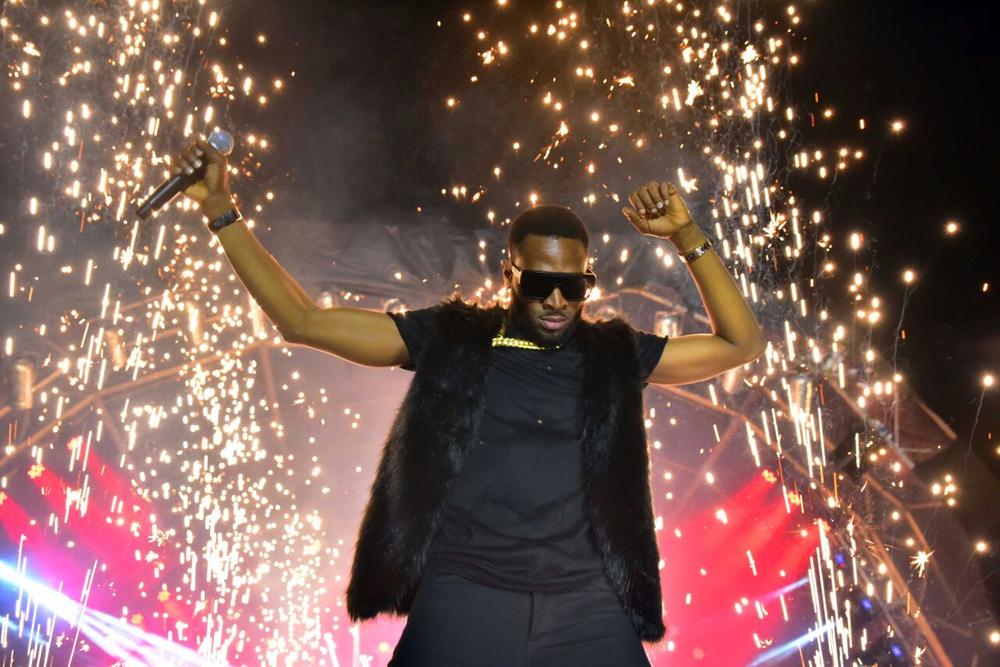 This year’s edition of Star Music The Trek ended with a dazzling spark on Saturday, 26th November 2016, as the city was shutdown by amazing performances from 2Baba, Tiwa Savage, D’banj, Ycee, Burnaboy, Simi, Falz and Olamide.

The concert finale held at the Eagle Club in Surulere with an overwhelming reaction from fans present at the venue to watch their favourite music stars perform.

Superlative mixes of both old and new tunes spun by DJ Neptune and Big N vibrated through the massive speakers, setting the upbeat mood for the night. The audience had the task of choosing a winner from lyricists that participated in ‘My City Rocks’ pass the mic session. 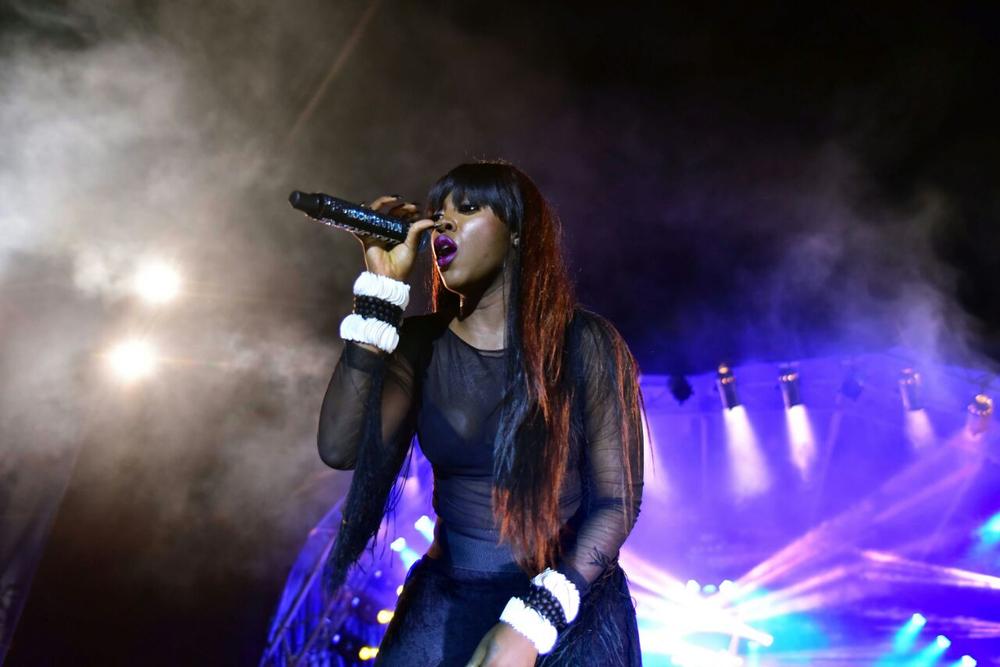 The concert hosts, Gbenga Adeyinka and LaffUp spicing the night with rib cracking jokes later introduced more opening acts selected from the cypher competition of ‘My City Rocks’, as they rendered their versions on the beat produced by Del B. The theme song ‘My City Rocks’ originally featured verses from various Nigerian artistes performing at this year’s Trek that included 2baba, Mr. Raw, Falz, Sound Sultan, Cynthia Morgan and others.

Marketing Director, Nigerian Breweries Plc, Franco Maria-Maggi said he was elated with the turnout of fans especially as Star Music The Trek had toured five cities including Lagos.

“I am particularly pleased with the engagement artistes had with fans all through the concert period. As a brand, we believe in delivering premium quality including entertainment. Star Music The Trek this year had also discovered new talents who will shine in the nearest future. We hope to bring a more fortified concert experience across the country” Maggi said.

Main performances at Star Music The Trek finale began when Ycee opened with a captivating video montage of Lagos city scenery. As his ‘Jagaban’ sound boomed, the trendy rapper was heralded to the stage by Eyo masquerades that doubled as his backup dancers. The crowd at this time roared in excitement as he also sang ‘Omo Alhaji’.

Exemplifying his status as a living Legend, 2baba graced the grand finale and performed chat-toping songs from his albums including a surprise guest appearance by 9ice to perform ‘Street Credibility’. 2baba’s entry was epic. Initially, he was bond but later broke free as he performed ‘We Don Dey Mad O’. Naturally, the teeming crowd caught the bug and sang along with him. Even 2baba’s guitarist wasn’t spared as he got restrained when the excitement went notches higher but that was part of the performance theatrics. 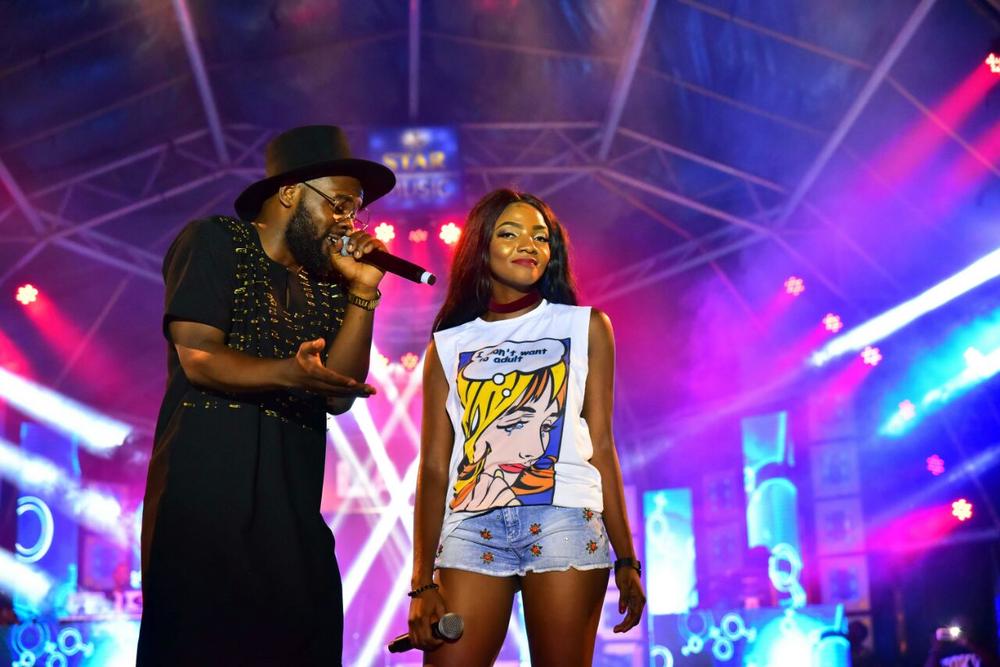 Up next was sonorous singer, Simi. Her performance showcased versatility in singing skills and was later joined by Falz as they both performed ‘Soldier’ before changing the tune to their recent collaboration ‘Chemistry’. Their performances had sparked insinuation of a budding intimate relationship as the excited crowd cheered them.

“Annually, Star Music The Trek brings the best of performers to thrill fans in various cities across Nigeria. We are particularly excited about the turnout this year including the fact that the premium concert experience has contributed in delighting millions of Star fans. We hope to take it to another significant level next year”, Adodo concluded.

Making her return to the Star Music The Trek grand finale was Tiwa Savage. Looking fit, she remained in control and electrified the arena with her hypnotic choreographed dance. Tiwa brought a strong energy to the concert as she later appreciated the crowd for responding positively during her performance.

“I’m extremely grateful for the support you’ve all shown me tonight. It’s always my pleasure to bring you nothing but the best of me and I specially thank you for turning up at Star Music The Trek finale. Lagos Rocks!” Tiwa exclaimed excitedly.

Then came the Star dance party, a segment of the concert that featured fun dance-off competition at the concert deck. Gbenga Adeyinka and Laffup gleefully interacted with thousands of fans as they enjoyed the amazing concert ambience.

An excited fan said, “I’m so thrilled to watch these music stars perform at the concert. I never believed that one day I would see them perform live. This is very cool.” 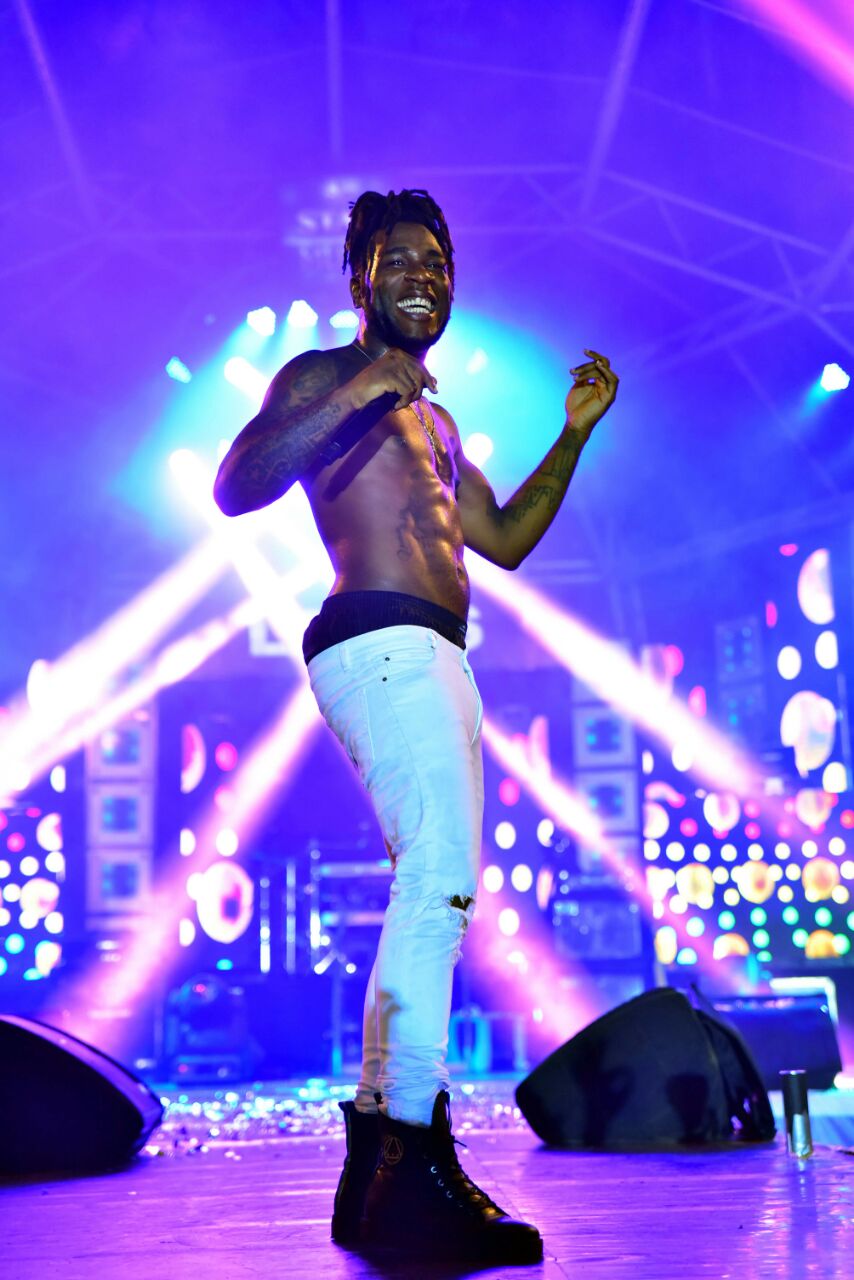 Burnaboy’s emergence from the crowd heightened the frenzy as he was lifted in a boat-like performance prop to the stage. The vibrant artiste gave a good rendition of his songs that included ‘Soke’ and ‘Yawa Dey’ as he sequined into random conversations. Nevertheless, he captured the hearts of many fans at the Lagos concert.

D’banj also made a come back at this year’s grand finale of Star Music The Trek after three years, since he last performed at Abeokuta stadium in 2013. The entertainer took the crowd to another level of euphoria.

Sealing the night of great performances at the Lagos edition and finale of Star Music The Trek for this year was Olamide. The YBNL boss who is a custodian of indigenous rap music was the headliner and didn’t disappoint his fans. Despite over-excitement from the crowd during his set, Olamide ensured he thrilled the eager crowd till the very end. 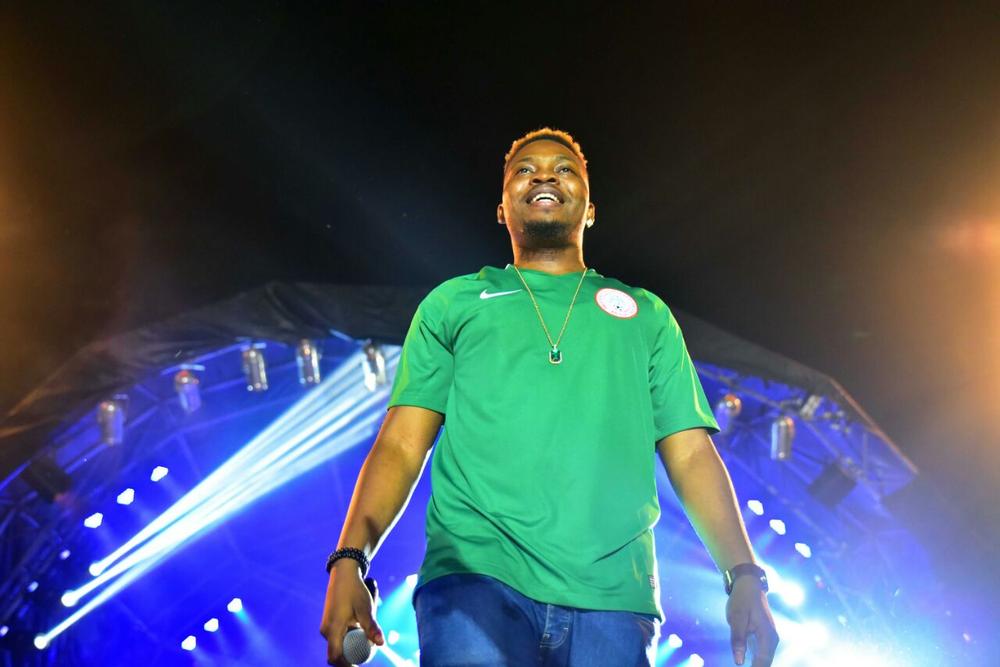 He performed hit songs like ‘Durosoke’, ‘Shakiti Bobo’, ‘Lagos Boys’ not forgetting to mention ‘Goons Mi’, and more. The crowd who couldn’t hold back their emotions praised the artiste and sang word-for-word his every song.

“All the artistes were extraordinary with their performances. My friends and I have thoroughly enjoyed every bit of this year’s edition of Star Music The Trek. Although I couldn’t travel to other cities to see their versions of the concert but nothing would compare to what I have seen tonight in Lagos”, commented a reveler.

The atmosphere at the Eagle Club in Surulere was electrifying. As the curtain fell on Star Music The Trek for this year, it’s certain the concert gave thousands of Nigerians an unforgettable experience with a line up of the biggest music stars in the country.

Broadcast live on HIPTV, the concert had toured Makurdi, Abuja, Calabar and Owerri before culminating into the grand finale held in Lagos.

Star Music The Trek was introduced in 2002 as one of the legs from the erstwhile Star music sponsorship tripod including STAR Quest and STAR Mega Jam. 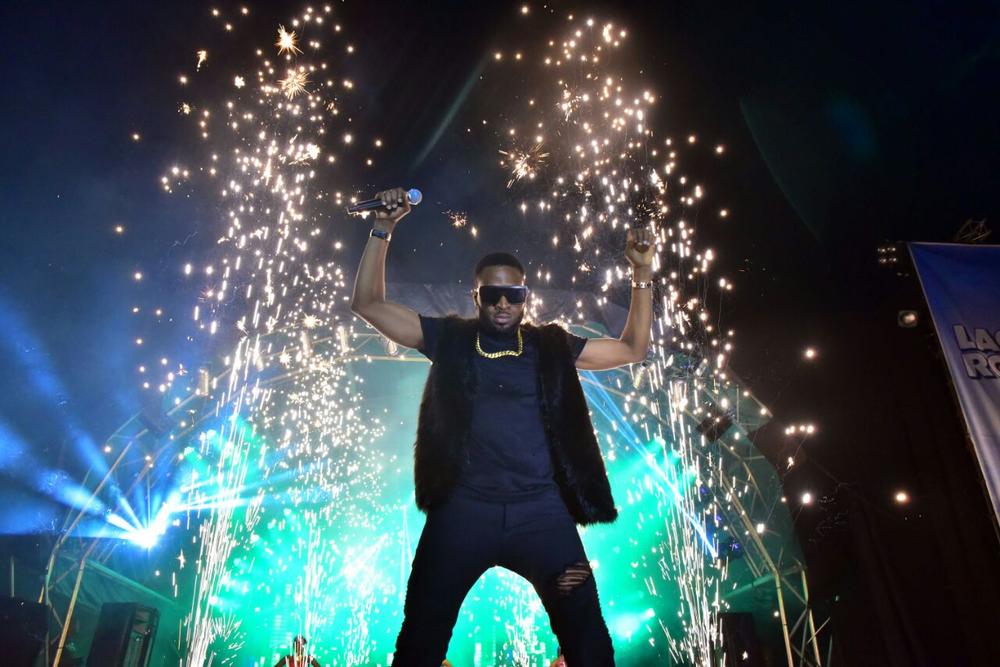 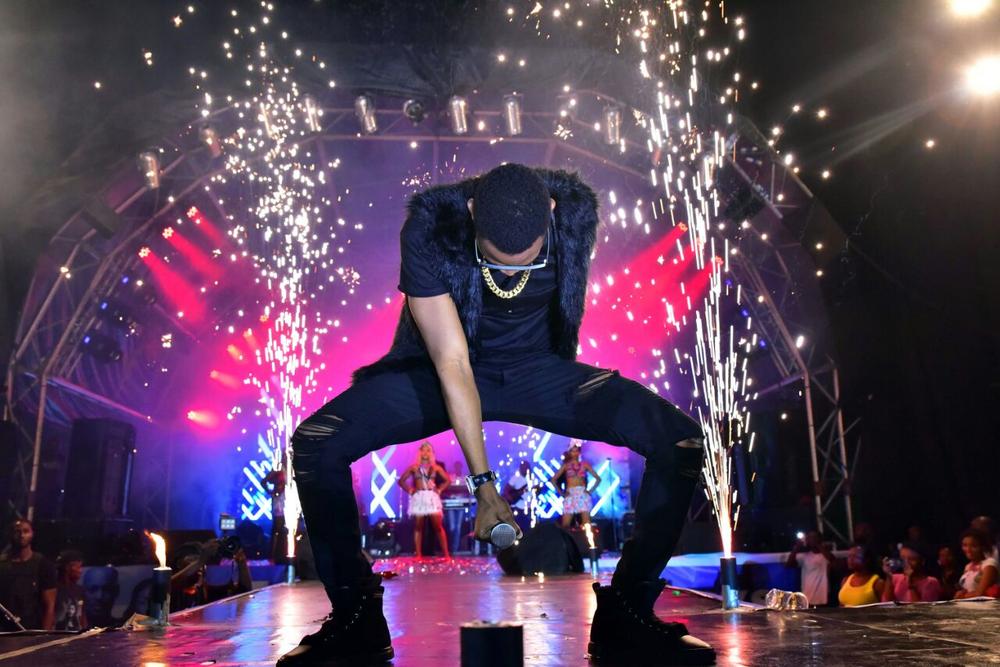 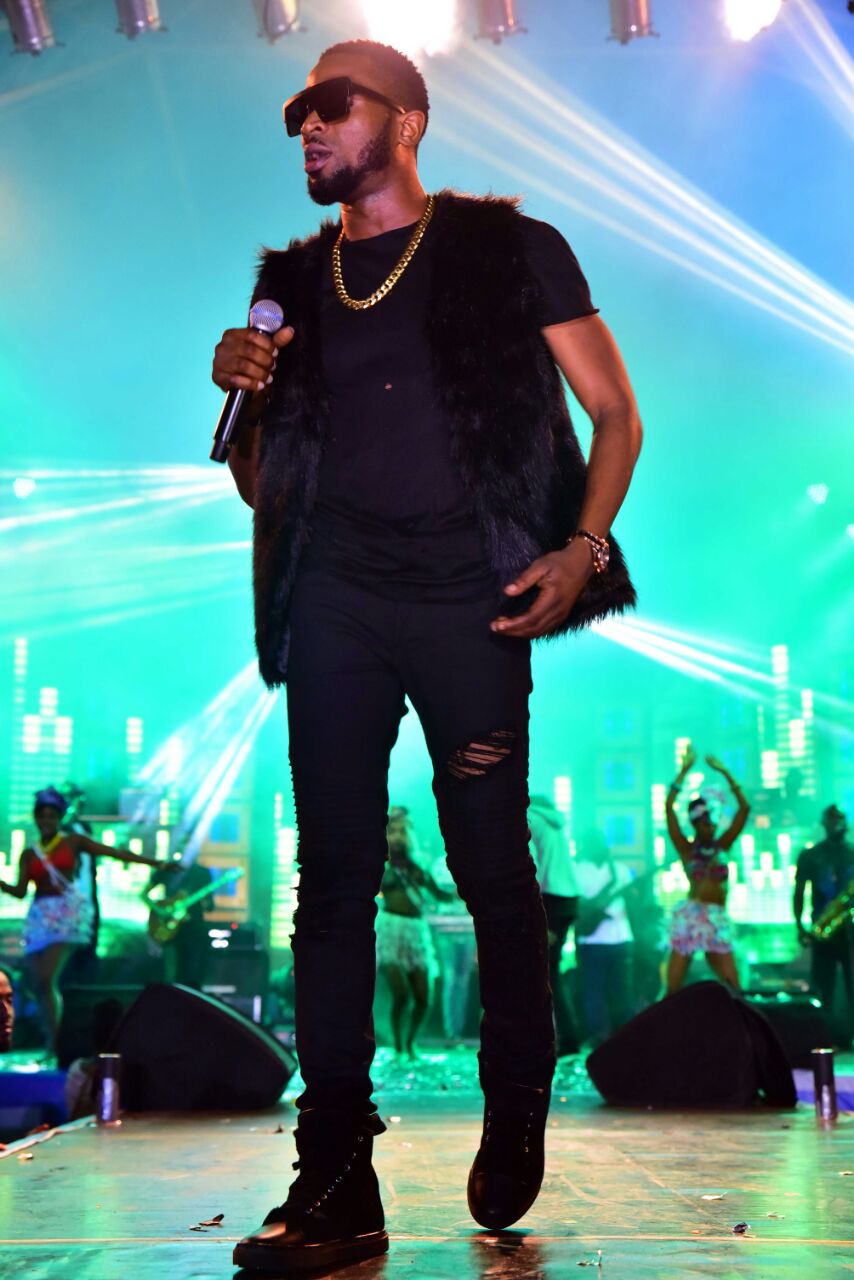 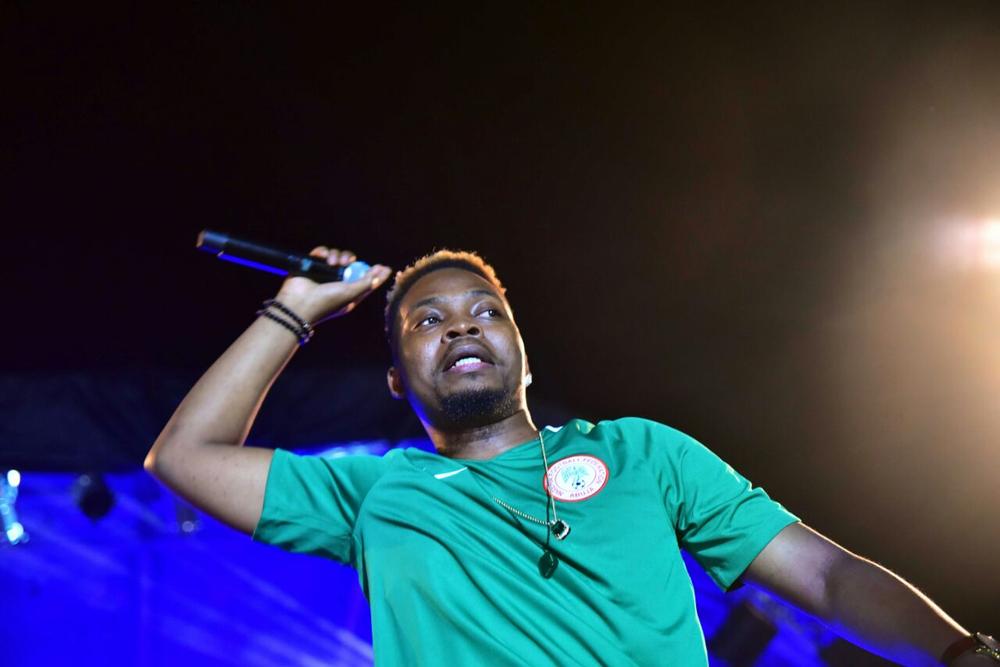 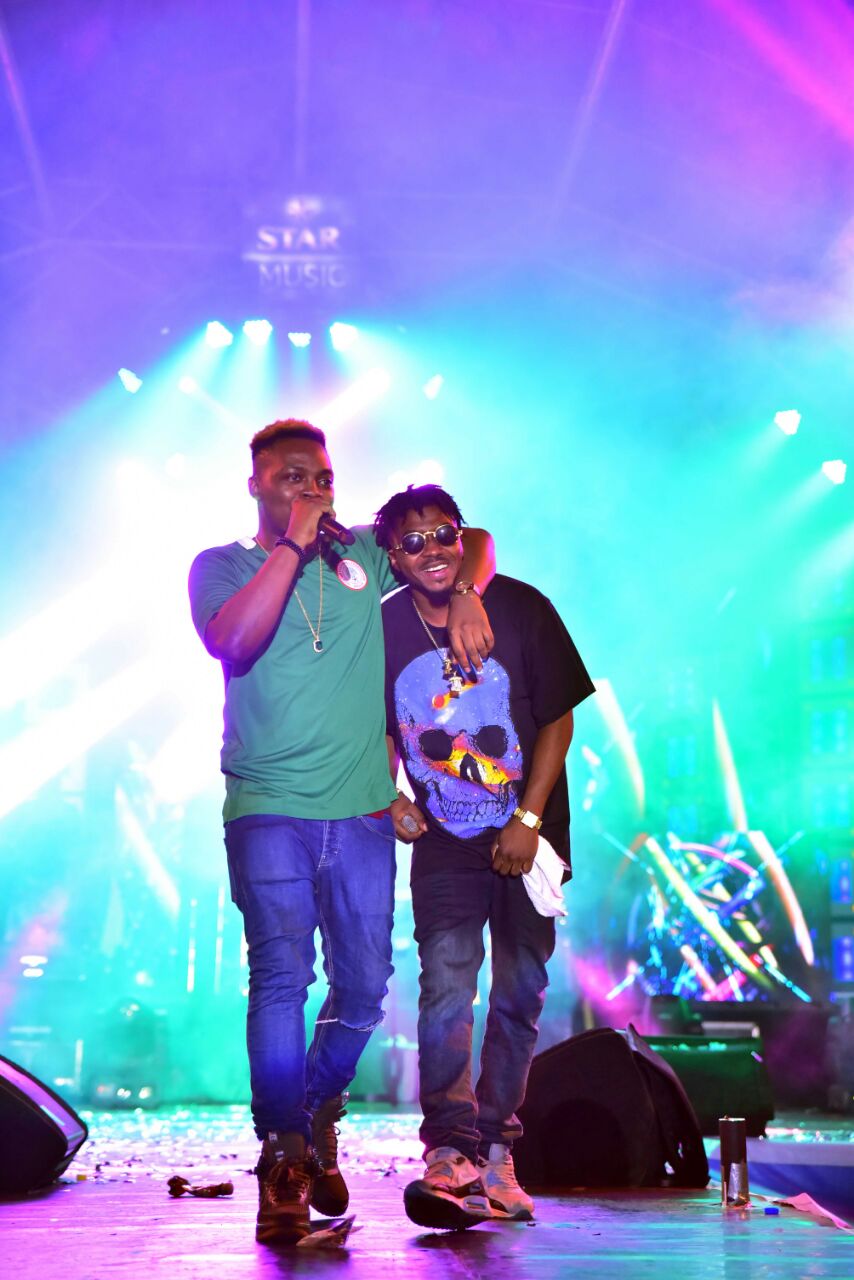 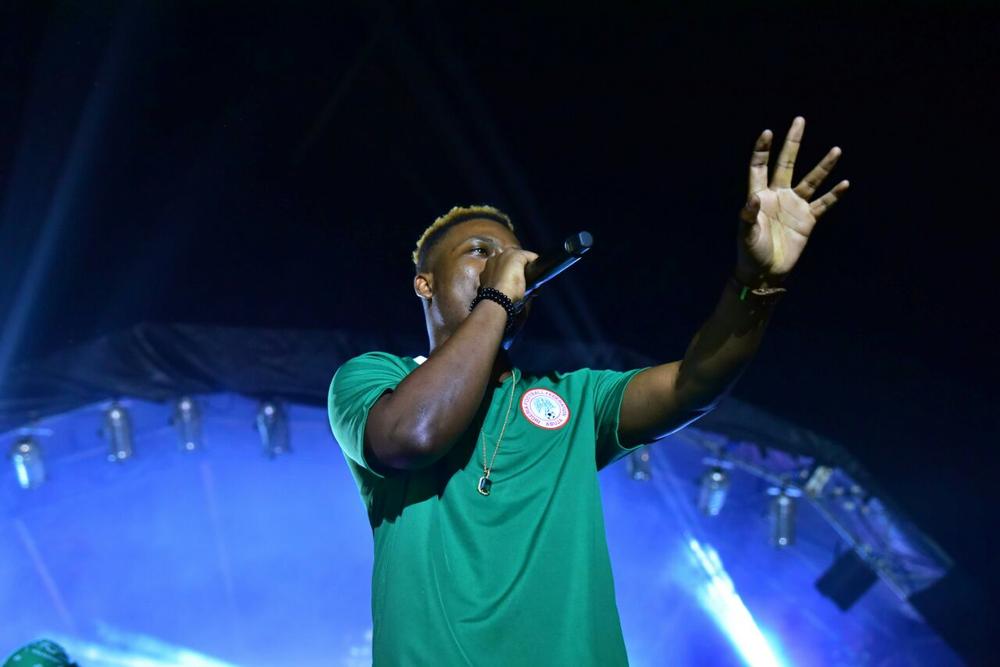 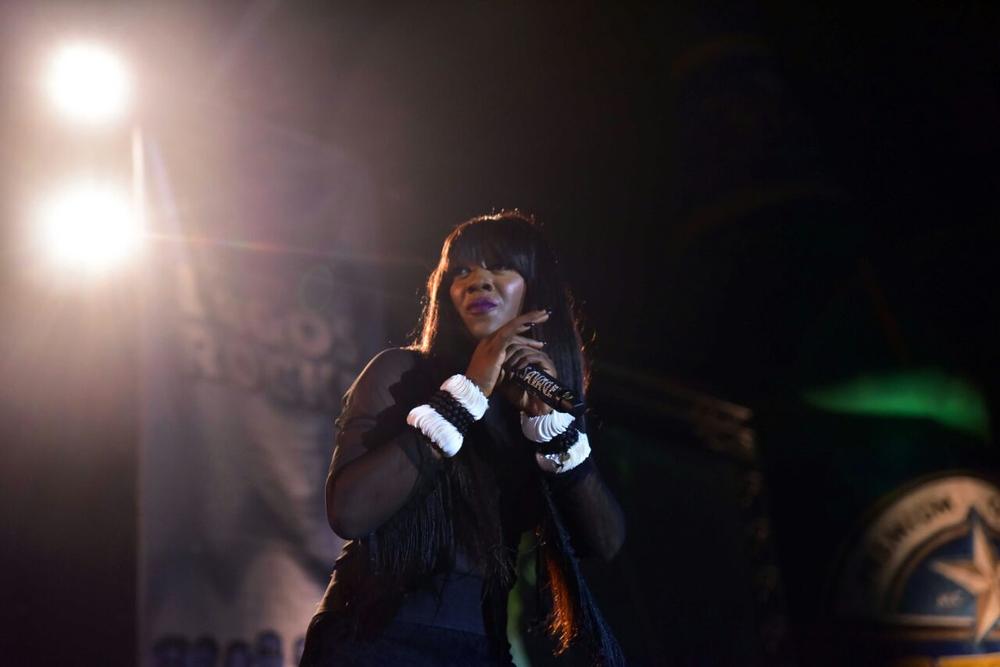 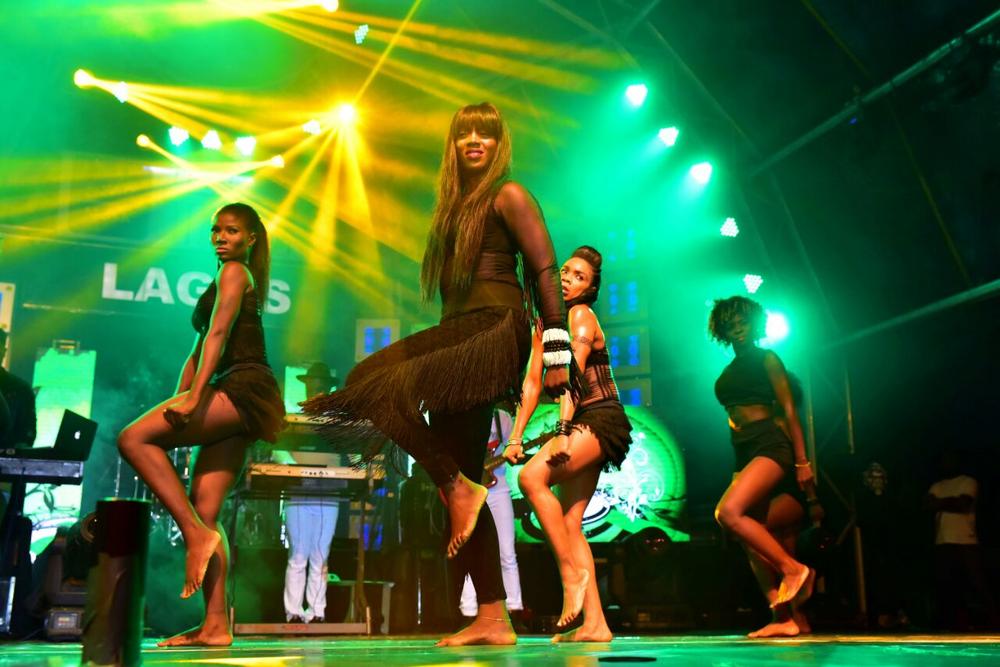 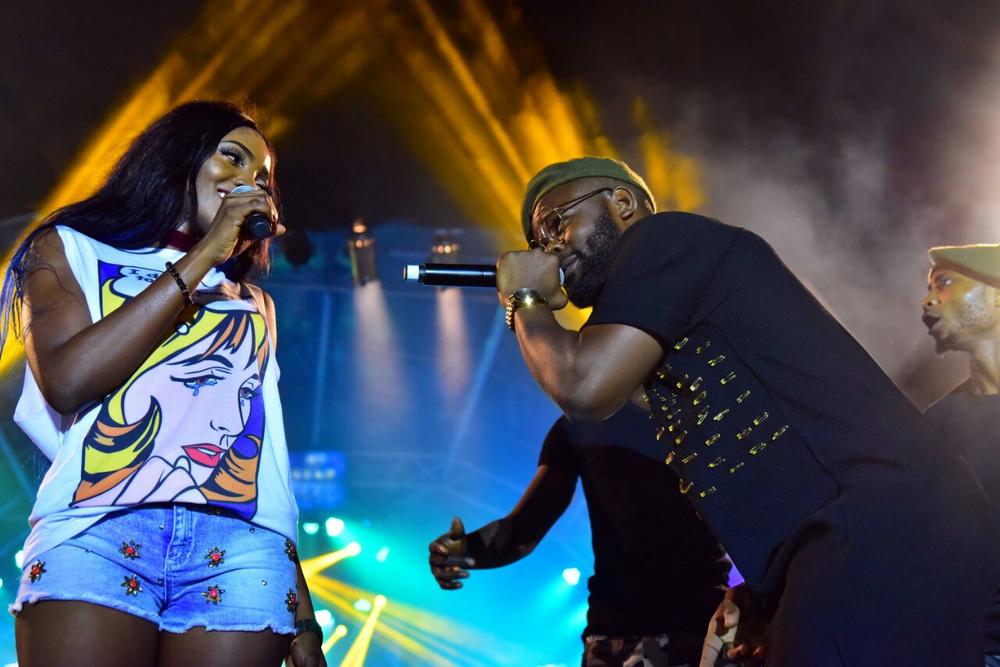 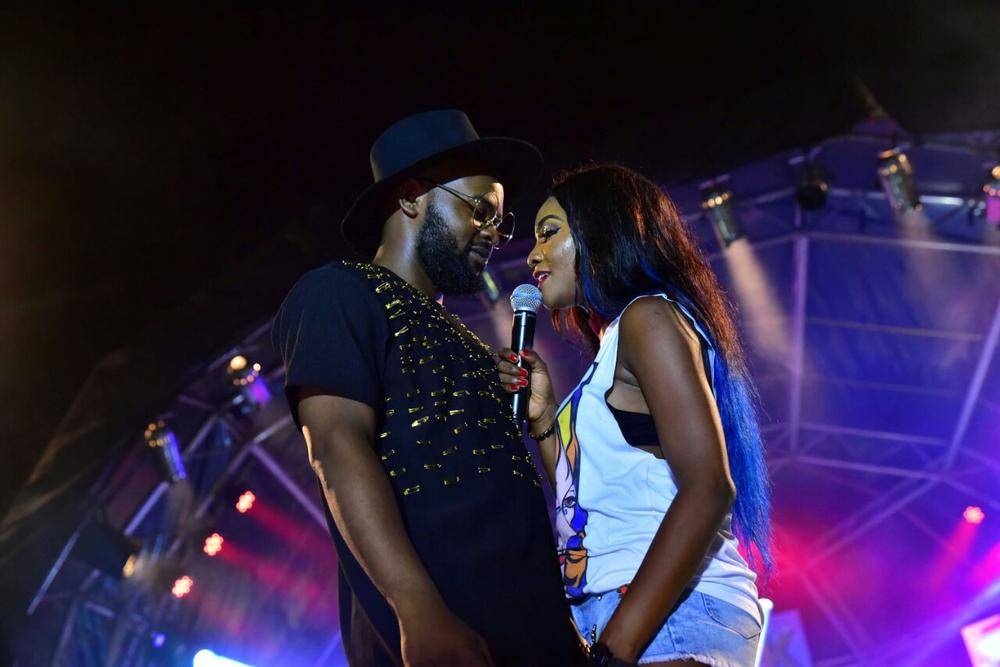 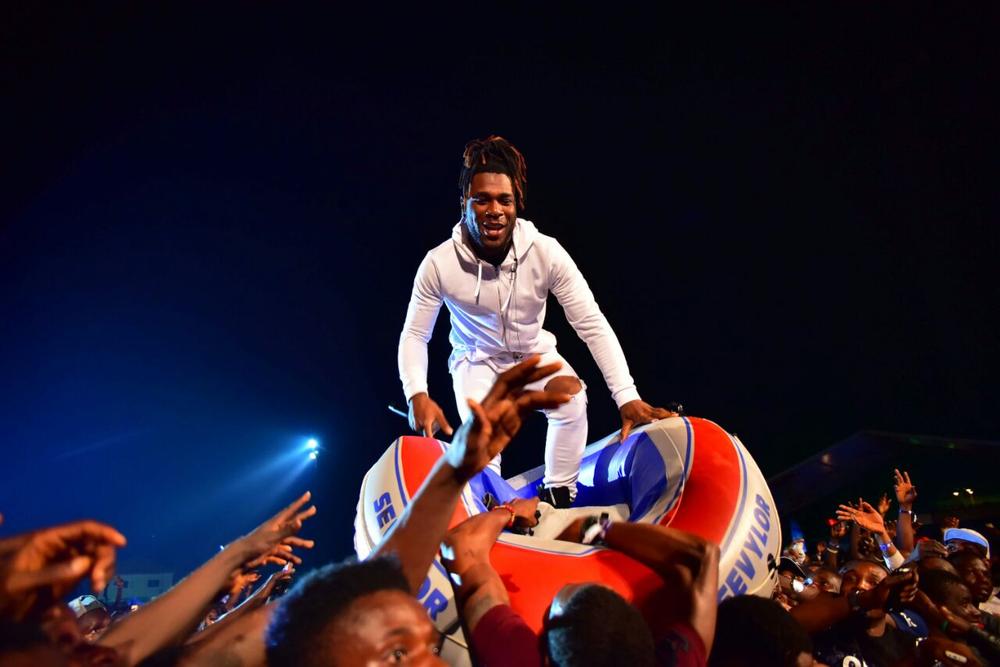 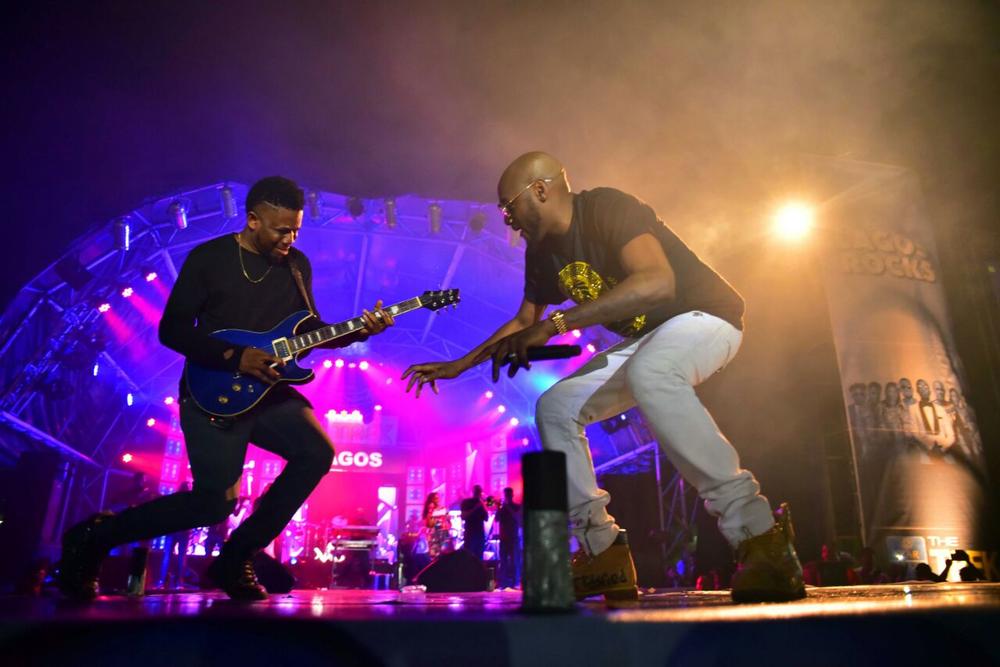 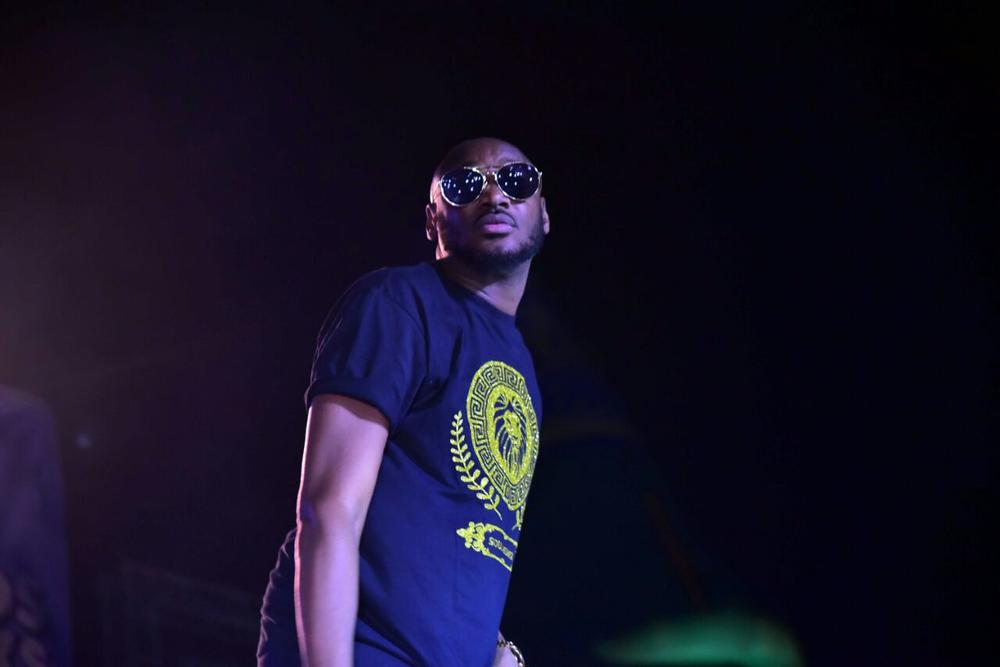 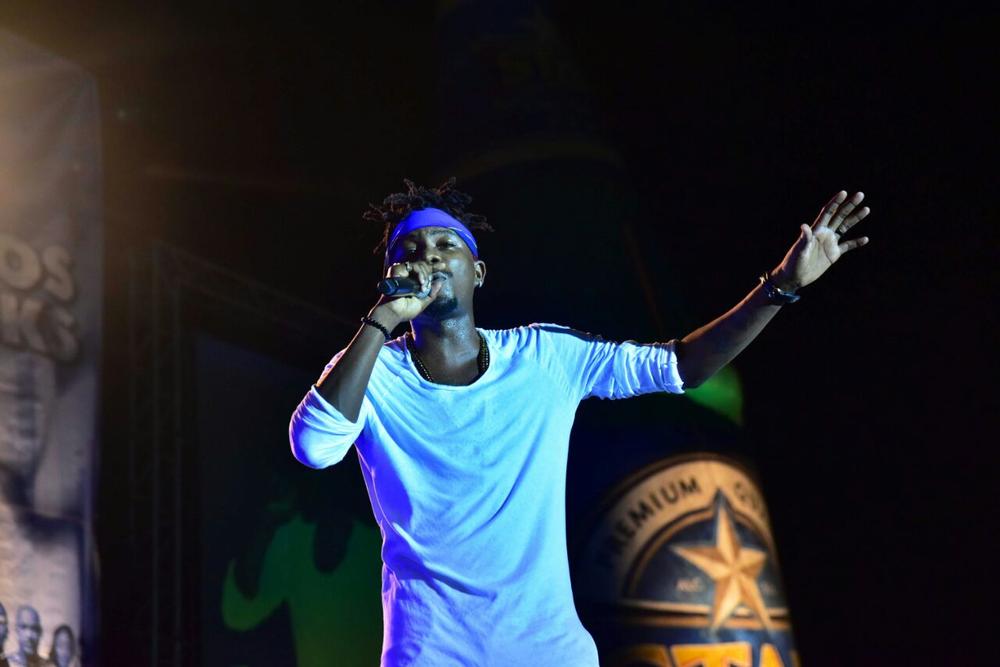 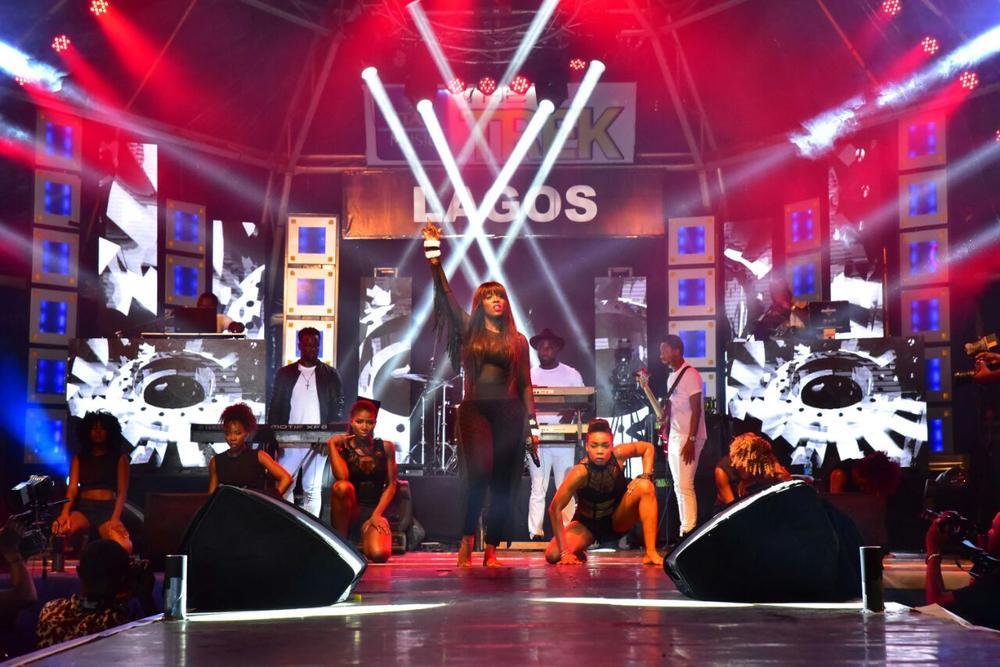 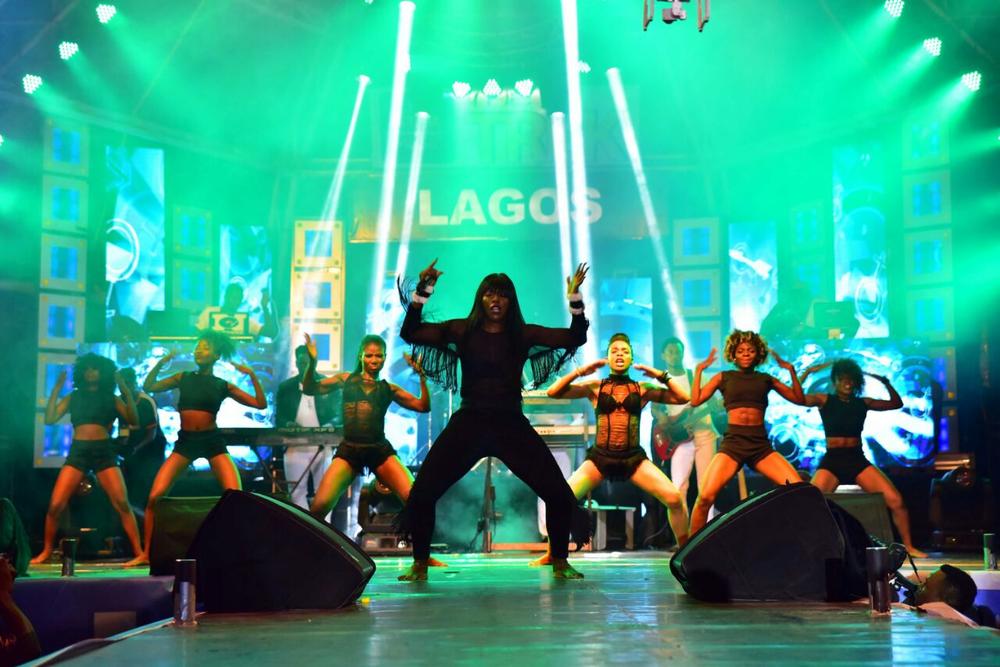 The Face of Okija 2016 search for a King & Queen is on – Apply NOW and Win the Coveted Crown ! Application ends on December 10th