Former Minister of Aviation, Femi Fani-Kayode and businessman, Jimoh Ibrahim dragged themselves in the mud of Twitter NG Wednesday after the Court of Appeal sacked the latter as the Peoples Democratic Party (PDP)‘s candidate for the Ondo Gubernatorial Election, and reinstated Eyitayo Jegede.

Following the announcement, Fani-Kayode took to Twitter to congratulate Jegede and the Ahmed Makarfi-led faction of the party, but not failing to insult Ibrahim in the process. 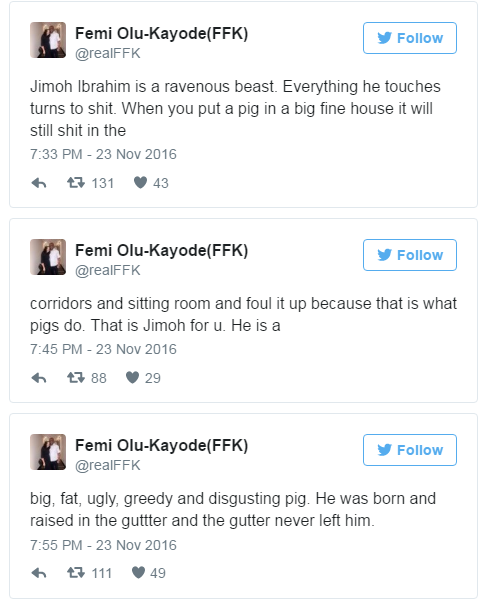 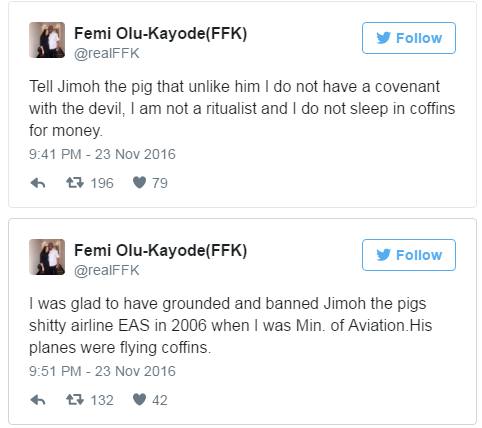 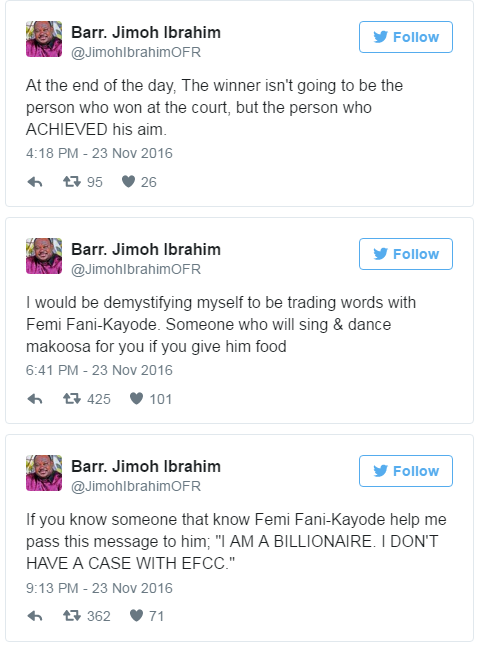 Although he promised not to trade words with Fani-Kayode, he went ahead to do this: