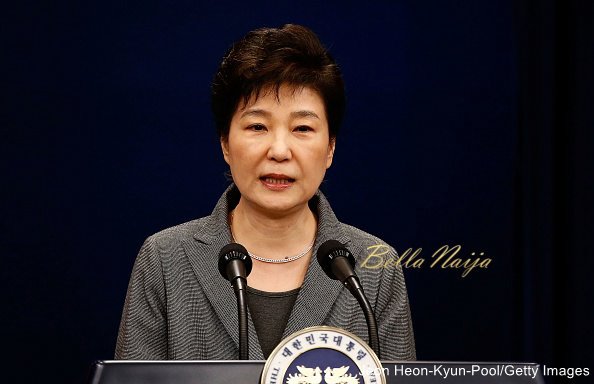 Embattled South Korean President Park Geun Hye on Tuesday, said she was prepared to resign as president but would let the parliament decide on her exact political fate.

Speaking in a televised address in Seoul, Park added that she would be prepared to let the lawmakers decide how long she should remain in office, if necessary.

“I will leave it up to the National Assembly to determine my fate, including the reduction of my term in office,’’ Park said.

The president made the statement days after hundreds of thousands of people took to the streets demanding her impeachment.

Park, whose approval rating dropped to 4 per cent last week, is accused of having allowed close friend Choi Soon Sil to meddle in state affairs and giving her access to official state documents.

Choi has also been indicted on a string of charges including abuse of authority and attempted fraud.

South Korea’s largest opposition party, the Democratic Party, along with two smaller parties is taking steps to begin impeachment proceedings against Park over the scandal.