#BNShareYourHustle: ApparelsbyOyin is the One Stop Shop for Stylish & Classy Women

Mike Hunder: How To Figure Out Your Online Coaching Model 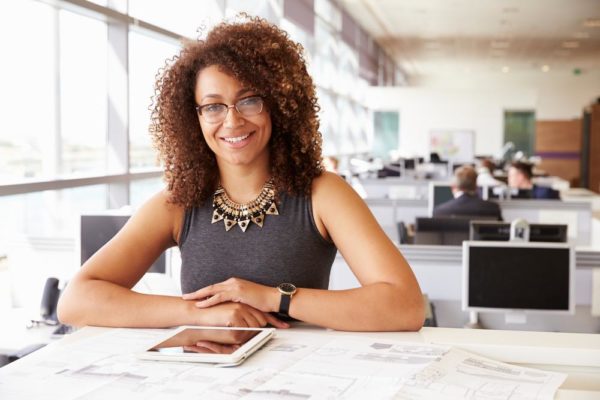 The highly anticipated election for the 45th President of the United States of America has finally been dispensed with. Phew! We no see or hear word that period! Preceded by a contentious, acrimonious and no holds barred contest, the emergence of Donald Trump as the President- elect over the preferred candidate, Hillary Clinton sent shock waves across the world. In Nigeria, we went to sleep with Hillary in an early lead, but woke up on the 9th of November 2016 with the unlikely and underrated Donald Trump getting the required number of Electoral College votes to win. What a red letter day!

One of the many campaign policies of President-elect Trump was the commitment of at least $ 500 billion to infrastructural spending over a five year period. The spending is required to fix America’s ageing and decaying infrastructure – airports, schools, hospitals, bridges, and train stations. From all indications, American architects will be very busy!  It was against the backdrop of this campaign policy that the executives of the American Institute of Architects (AIA), the umbrella body for registered architects in the United States, pledged its commitment to working with President-elect Trump in the strengthening of the nation’s ageing and decaying public infrastructure. The outrage and backlash from the architectural community was fierce and immediate forcing the AIA executives to publicly apologize for what it termed “a hasty and tone deaf post – election message”.

By virtue of his real estate empire, Trump has naturally had a long-standing relationship with architects, and this would continue post-presidency. But during the first Presidential Debate, Hillary Clinton made pointed reference to Trump’s refusal to pay an architect his outstanding fees for a completed project.  In 2002, Andrew Tesoro’s New York based firm, Tesoro & Associates had been commissioned by the Trump organization to design a new clubhouse at the Trump National Golf Club, Westchester, New York. Things progressed smoothly (with Trump expressing satisfaction throughout the project) until it was time for the final payment in 2006. Ghen! Ghen!  By the time Trump and his team had aggressively renegotiated the earlier agreed fee, Tesoro felt bullied and railroaded to collect a mere $25 000 out of the $ 140 000 balance due to him. The tough decision to accept the meagre offer instead of suing for the full fees was in order to avoid a long drawn out and expensive court case even though his chances of winning were high. As a fellow comrade-in-design, I was naturally pained, the matter touch me reach bone.

The sword of architectural practice in Nigeria is seemingly double edged. The architect not only has to deal with the client’s reluctance to pay full professional fees on a frequent basis but also with the general public’s low perception about the role of the architect in the built environment. Like the programme ‘Wetin Lawyers Dey Do Sef?’ created by the late Efere Ozako, copyrights expert and entertainment lawyer, it seems pertinent to ask Wetin Architects Dey Do Sef? Two key things – firstly and most importantly, architects design and do not draw. Every single line made by an architect is a graphical representation of a plethora/ conglomeration of design ideas. Secondly, we are not engineers. This should be an obvious & no-brainer right? Wrong! Artisans and a lot of the general public often cannot differentiate between the two professionals. On and off-site, the artisan commonly refers to the architect as ‘engineer’ until you educate and tell the ‘culprit’ in no uncertain terms to cease and desist.

If you will, think of architects as the Guardians of the Galaxy Built Environment. By definition, an architect is a professional trained in the art and science of designing buildings. They plan; design buildings to suit existing site conditions and coordinate construction. Remember Ehiwenma and the high octane party she attended in 2042 in her 3D-printed outfit? Imagine if the various wedding vendors were left to their own devices without an event planner/coordinator to ensure the smooth and seamless execution of their roles. Surely that would be begging for an unmitigated party disaster? So why in the world would anyone think that a building project can be deemed truly successful (post occupancy inclusive) without the architect’s participation or input? An architect is more than an architect. In the immensely popular book, The Architect In Practice, an anonymous quantity surveyor in 1951 was quoted, “I have great admiration for an architect who does his job well, because he has one of the most difficult jobs in the world. He must be an artist but at the same time in his administration of a building contract be a business man and in interpreting it, be even something of a lawyer!” You see?!

At the most basic level, the architect is charged with the responsibility of providing design solutions that meet and even surpass the client/end user’s requirements, then in consonance with the relevant engineers, ensures that the structure is stable and efficient. Last but most importantly, the design solution must be aesthetically pleasant. Naturally, the roles and responsibilities of the architect expand with the project complexity. Lest I forget, whilst creatively proffering solutions, architects from design stage ensure that developments adhere to zoning ordinances, statutory bye-laws and requirements of the locality/region. The client thereby rests assured knowing that the government bulldozers are compelled to ‘jump and pass’ the structure on their next mission.

In situations where the architect’s involvement is restricted to the pre-construction stage, because in the client’s estimation, “they charge too much”, the loser in the scheme of things is not only that same client or the end user, but by extension, the built environment.  Then we have the developers. Suffice it to say that is an interesting story for another day. Many developers erroneously think that architecture is only about ‘drawing’ plans and ‘production’ of slick high definition three-dimensional visualizations for obtaining finance and marketing purposes!  A DIY (Do- It-Yourself) approach in matters concerning the building industry makes for chaotic, unproductive, hostile and even dangerous environments. Incessant building collapse is just one of the glaring examples of  architects and allied professionals’ functions not being given or allowed full expression by commission or omission.

Let professionals handle their business! The benefits are astounding and enormous.

Girl Spice: The Struggles of a Beautiful Woman