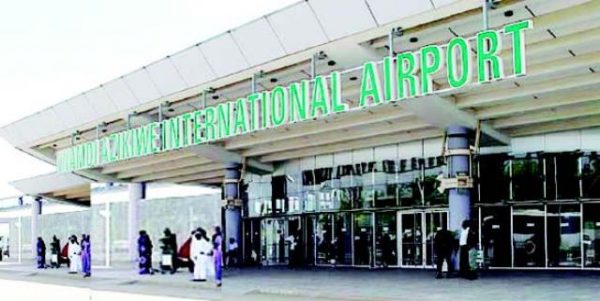 The Minister of State for Aviation, Senator Hadi Sirika, says the Nnamdi Azikiwe International Airport (NAIA), Abuja, will be closed for six weeks in February and March 2017 for total repairs on the runway.

Sirika told newsmen in Abuja on Monday that the closure was to allow Julius Berger carry out total re-construction on the badly damaged airport runway.

He said that while the runway would still be put to use under the six months of rehabilitation, the six weeks would allow the midsection of the runway to be reconstructed.

According to him, President Muhammadu Buhari has approved the reconstruction through the emergency procurement procedure for work to commence.

This, according to him, is because of the centrality, economy and the importance of Abuja to the general administration of the country.
He said government could not afford to close down Abuja airport for a long time as palliative repairs had been ongoing at the runway in the last three months.

“From start to finish of the runway, it will take six months. However, we will be using the runway almost throughout the period except for about six weeks when the runway will be closed. That is when we are going to do the midsection of the runway. The government has accepted the design done by the contractor. The runway will last for than 10 years on completion early next year,’’ he said.

Sirika said Abuja bound passengers from any part of the world will use Kaduna airport as alternative during the six weeks closure to passengers.

According to him, it will cost government substantial amount of money “but we think that palliative approach is wrong because three years down we will come back to do the same repairs.

“Therefore, we decided to go for the bigger option which is to do structural repairs if the runway which will take about six months to complete,’’, he said.

On the Bilateral Air Agreement with other countries, Sirika said government had signed BASA with 18 countries that Nigerians frequently visit and do business with.

The MOUs, he said, would give Nigeria the opportunity to operate air services with 18 countries.

“With this, we have the freedom to fly and land safely in other air space and this will assist in opening our market.’’

Isaac Newton’s “Living In Gidi” Is So Realistic, it Might Steal Your Phone! #LiterallyWhatsHot