FG's Information App is Out! We'll not Allow Naysayers to Discredit Us - Lai Mohammed In its bid to ensure that correct information is dished out in real time, the Federal Government has launched an information App called FGN IAPP.

The Minister of Information and Culture, Lai Mohammed, formally launched the App on Thursday December 15, 2016, in Abuja. 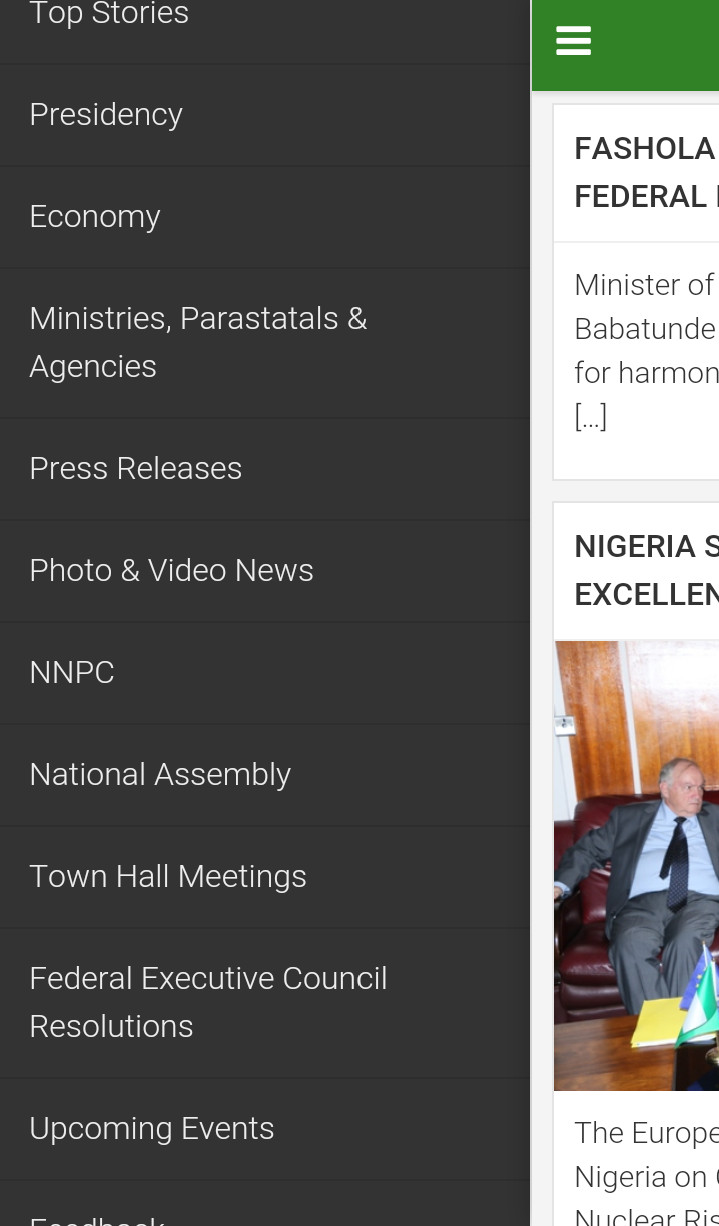 He said that the Federal Government will not allow the media space to be dominated by those who are daily working to discredit it (the government) and obfuscate its achievements.

“We realized early on that in order to get undiluted and factual information directly to the people, we will have to do things differently. This is because those who are opposed to this Administration’s Change Agenda, including the corrupt elements in our society who have chosen to fight the government with their ill-gotten wealth, have taken it upon themselves to distort our messages and obfuscate our activities to give the impression that the government is not doing anything,” Mohammed said.

He said in addition to using the conventional and the Social Media, the government has introduced the Town Hall Meeting that has so far been held in Lagos, Kaduna, Kano, Enugu, Uyo and Abuja and provided a platform for Cabinet Ministers to interact directly with a cross section of Nigerians in a no-holds-barred session. 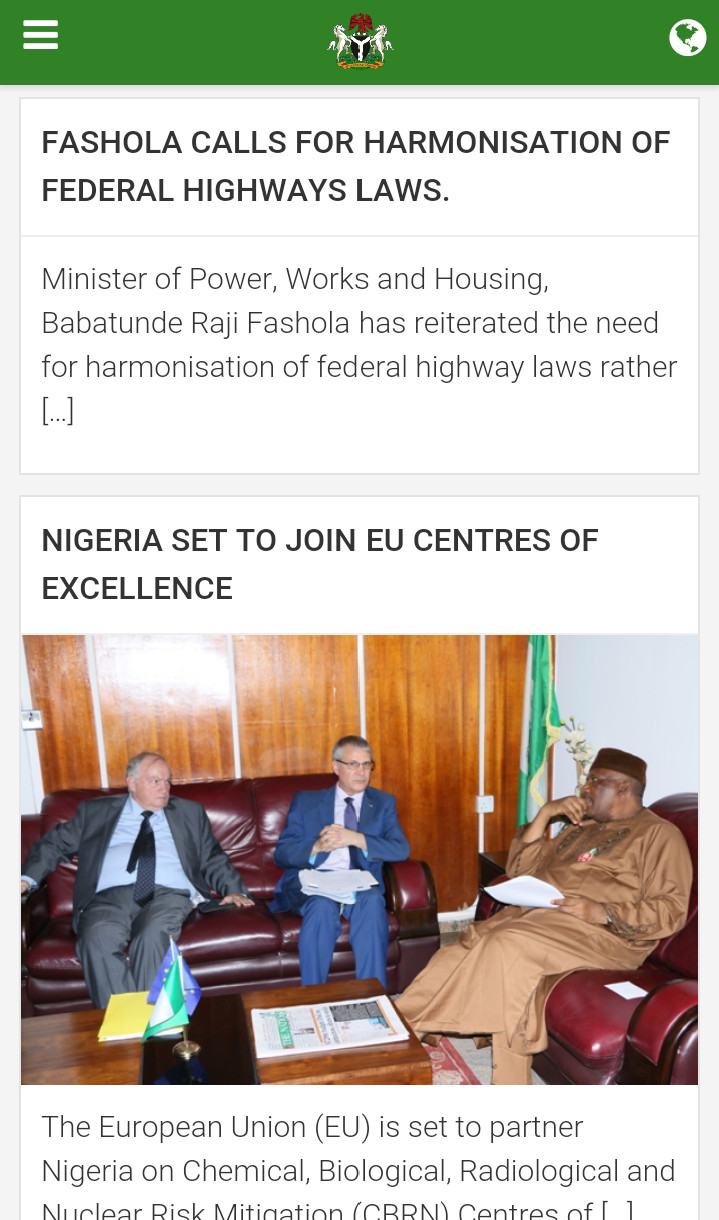 “Honourable Ministers, distinguished ladies and gentlemen, we must not allow those the late Fela Anikulapo Kuti referred to as ‘Opposite People’ to stifle the progress that this Administration has made. We must not leave the public space for naysayers,” Mohammed added.

He said contrary to its portrayal in certain circles, the Federal Government is making sure and steady progress. 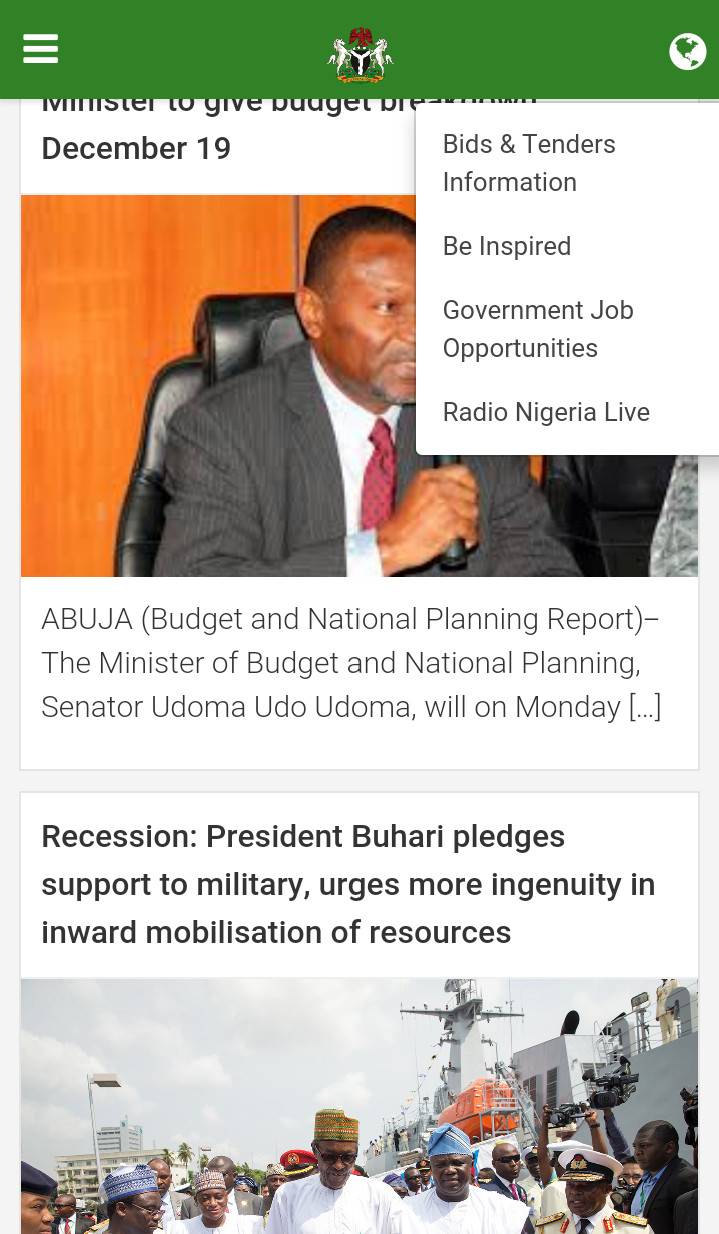 He listed the value-added services contained in the App as including the Tender Journal that is published twice a month to announce available government contracts, the “Be Inspired” section which makes it possible for any Nigerian, irrespective of his status, age or academic background, to meet top political, business, religious and other leaders. There is also a section to access genuine government job vacancies

The App also has a Feedback Section that allows anyone so interested to make his or her feelings known about any government policy or programmes.

He said the Federal Government will never succumb to the antics of Internet trolls, hack writers and pseudo analysts/experts who work daily to fool unsuspecting Nigerians.

The Federal Government may also be planning to turn the App into a revenue-generating platform as an ad is already on it.

The App Developer, Olawale Wale-Falope, said the App is a one-stop shop where Nigerians can get authentic information on all the three arms of government in real-time.

He said there is too much falsehood about Nigeria and that it’s time for the country to speak out so that the world does not judge it based on a one-sided story.

Other dignitaries at the launch included the Minister of Niger Delta, Usani Uguru; Minister of State for Environment, Ibrahim Usman Jibril, and his counterpart in the Health Ministry, Osagie Ehanire.

Share Your #BestMomentsNG of 2016 to Win a Cool Samsung Smartphone from Your Favourite Celebrity this Christmas!