International Acts WSTRN and Migos arrived in Lagos yesterday ahead of the Beat Fm Christmas concert which holds today at the Federal Palace hotel, Victoria island.

Migos is a top American hip hop group and they were shot into the limelight with their club banging single “Versace” and WSTRN is a UK group who released their Single “In2” in 2015 which peaked at Number 1 in the UK single list.

They will be also joined by our very own iconic Nigerian artists such as 2Baba, Davido, Simi, Falz, Burnaboy, Phyno, Chidinma, Seyi shay, Ice Prince, Wande Coal, Adekunle Gold and Lil Kesh many others.

This concert will be a memorable way to kick start the Christmas festivities. 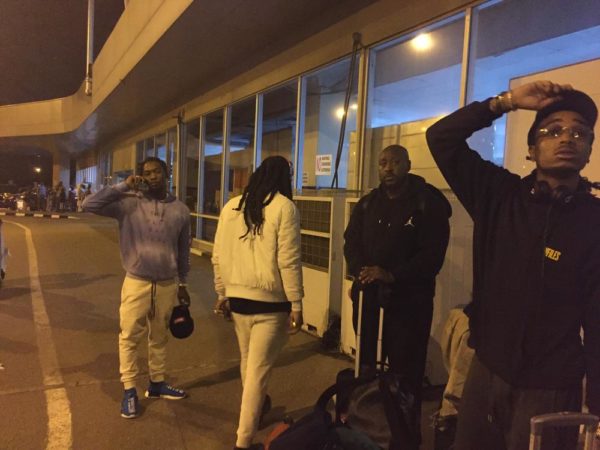