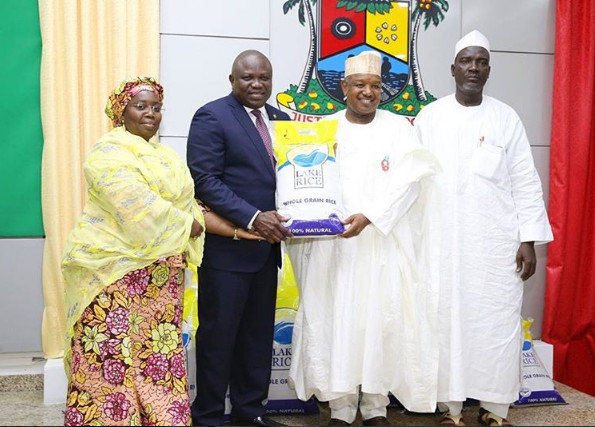 Governor Akinwunmi Ambode of Lagos State and his Kebbi State counterpart, Atiku Bagudu, on Wednesday, officially launched the long awaited Lake Rice to be sold to the public at N12,000 per 50kg bag.

Ambode told a news conference in Alausa, Lagos, that the public would from Thursday, December 22, have access to the rice in 10 designated areas in Lagos State as would be advertised by the government.

The Lagos State governor described the launch of the rice as historic, saying the Memorandum of Understanding (MoU) signed between Lagos and Kebbi in March 2016 had started yielding fruitful results.

He added that “we signed an MoU in March 2016 with an understanding that being proudly Nigerians, we want to come out with what will be made in Nigeria and what is good for Nigerians.”

“We took all that President Muhammadu Buhari said on the need for us to grow our food and we decided that we would prove a point and that is what today is all about.”

He explained that Lake Rice was grown and milled in Nigeria, with extreme high quality.

He noted that “we also have Ofada rice and imported rice in the country and we want to show our people that Lake Rice is the way to go.”

The governor said that the state would expand its rice mill as it had the largest consumption market in Nigeria.

Ambode said interested buyers would need to get ticket to pay for a bag of rice in the bank before going to any of the locations for collection, adding that this was done to allow the rice to go round and for everyone to have access to it.

“We want to ensure that this rice goes to everybody. You cannot buy twice,” he said. 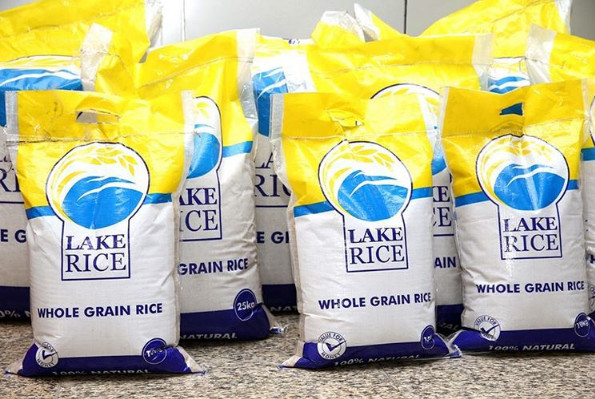 Earlier, Bagudu said 16 months ago during the National Executive Council meeting in Abuja, he entered into a discussion with Ambode for a joint partnership for the production of rice in view of what was happening in the country.

“Since then, we have been working assiduously on this after we signed the MoU.”

Bagudu said the product could stand any integrity test in Nigeria as it was of high quality.

He added that “Lake Rice is of high quality. I am proud of this joint venture but we can do more, we are glad that we are launching this commodity today.”

Anti-Corruption War: Whistle-blowers to get Part of Recovered Looted Funds