Super Falcons: My Statement was taken out of Context - Solomon Dalung 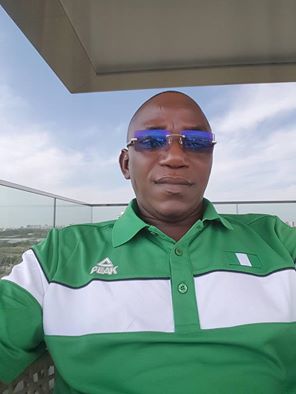 The Minister of Youth and Sports, Solomon Dalung, on Friday refuted media reports quoting him as saying that the Federal Government was not anticipating the victory of the Super Falcons.

The Super Falcons won the just concluded African Women’s Cup of Nations (AWCON) when they defeated hosts Cameroon by 1–0 at the final of the football competition.

Dalung, who spoke to State House correspondents on Thursday, said the Federal Government did not expect the Super Falcons to win the football tournament.

The minister, however, said he was quoted out of context, saying that contrary to the media reports, the government prepared for the victory of the team.

Dalung made the clarification at the presentation and unveiling of the Youth Unity Cup Championship Trophy to President Muhammadu Buhari.

“May I conclude also by trying to put in proper perspective an impression that has made national headlines in recent time to the effect that the Federal Government was not anticipating a win in the victory of the Super Falcons.

This statement is attributed to my own very self. I want to categorically state that is a statement taken out of context and I cannot image or reconcile how it occurred.

The commitment of the federal government to the support of the Falcons is indeed overwhelming, that explained why the Vice-President himself had to abandon his tight schedule to visit the players in camp before they proceeded to Cameroon.

That is evidence of preparation for victory,” Dalung said.

The minister sought for presidential intervention to enable his ministry pay all outstanding entitlements of the Super Falcons, their coaches and others.
Related Topics:Solomon DalungSuper Falcons
Up Next