The Stage is Set as KSA, Flavour & Cameo is set to Perform at the Glo Sponsored Ovation Carols | Sunday, December 18th 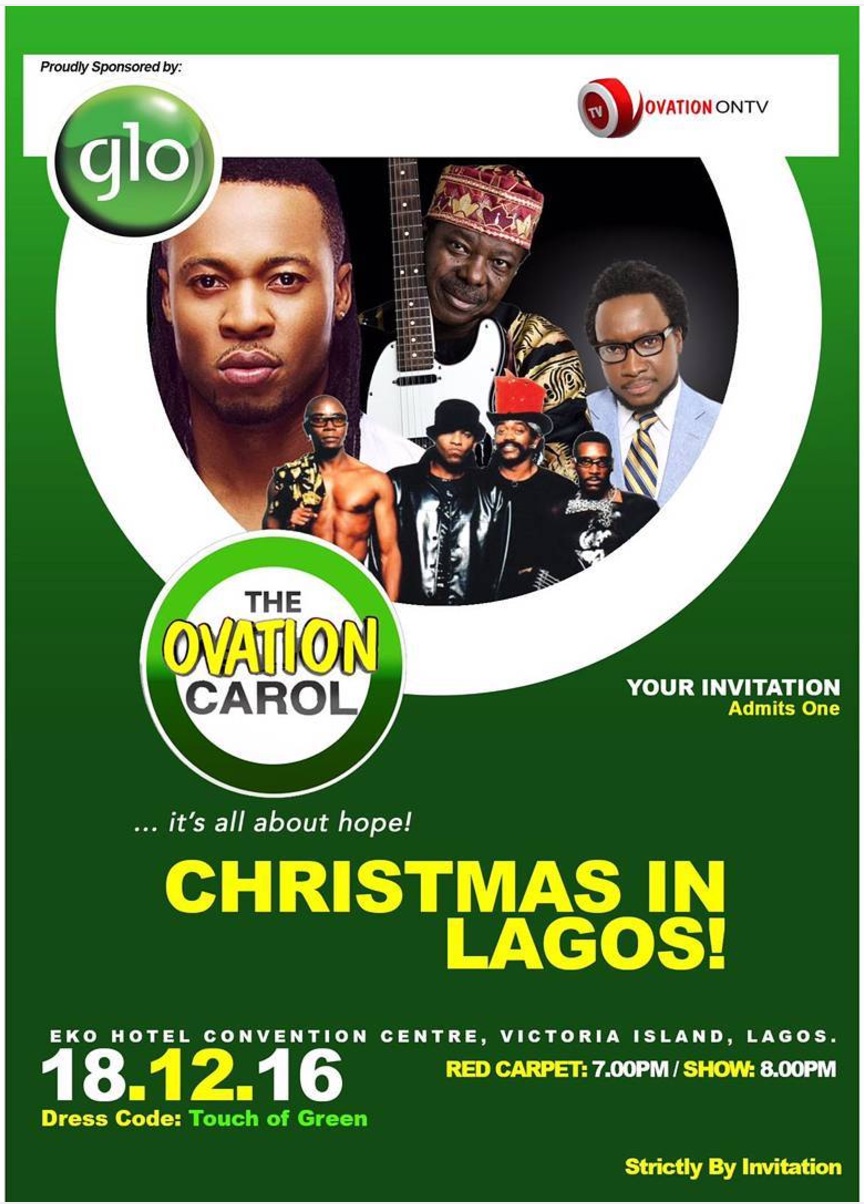 Several international and Nigerian music stars have been confirmed as performers in the 2016 edition of The Ovation Carol sponsored by the next generation network, Globacom.

Top on the list of artistes for the event scheduled for Eko Hotel and Suites, Lagos, on Sunday, December 18, is legendary American hip-hop group, Cameo, which sang the global hit, ‘Attack me with your love’.

In a press statement released in Lagos on Thursday, Globacom said it was proud to sponsor the carol for the second year running.

“We are delighted to associate with the Ovation Carols again this year to further our support for African musical culture. We acknowledge the Yuletide as a period of mirth and celebration and a time to employ music as a tool of  appreciation to God for preserving mankind. We will therefore be rewarding our loyal subscribers with special invitations to the event to savour the sublime menu of fun, music and laughter in continuation of our culture of appreciating our stakeholders in this season of goodwill,” the company said.

Globacom promised Nigerians a memorable night of praise and entertainment with a rare blend of carols, pop, rock and blues, electro and hip-hop, adding that it would the perfect way to kick off the Christmas celebrations.

The organizers of Ovation Carols said the event would also be used to celebrate King Sunny Ade’s 70th birthday. The US band Cameo is expected to bring back old memories with songs such as “Attack Me With Your Love”, “Cameosis”, “Real Men… Wear Black”,  and “Thank God it’s Friday”.

The Unofficial Christmas Party is Back for the Third Year and it’s Better than ever | Friday, December 16th