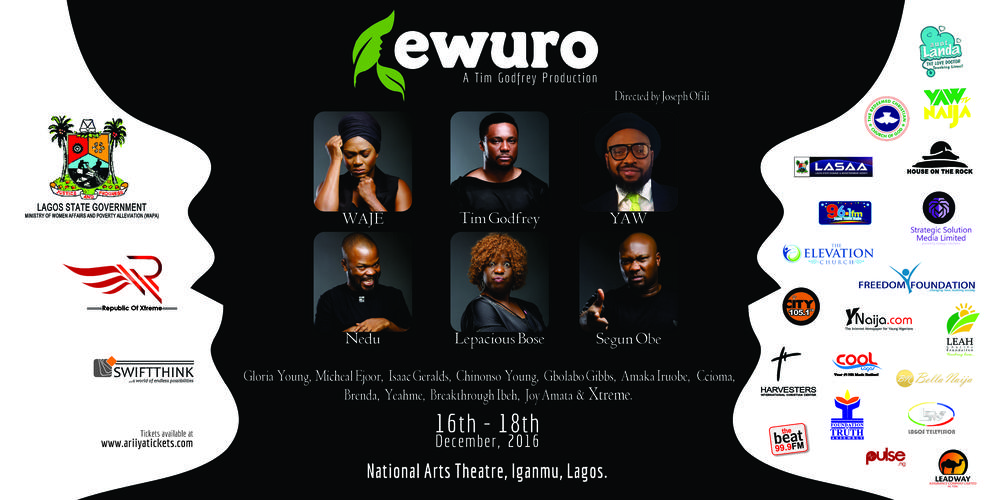 Multiple award winning music artiste, Tim Godfrey, presenting the second edition of his hit play, ‘Ewuro’ The Musical, an emotional stage presentation that captures the struggles of women in Nigeria, with a focus on discrimination and violence.

‘Ewuro’ is the Yoruba representation of the popular ‘bitter leaf’ (vernonia amygdalina). The play leads a movement that exists to address discrimination and violence against women. The play is centered around the abuse women in Nigeria face on a daily basis from rape, to battery, molestation and widow’s funeral rites.

“Following last year’s edition, we’ve decided to make this edition even bigger,” says Godfrey, who is executive producer of the play. “’Ewuro’ The Musical highlights the challenges women in Nigeria go through on a daily basis. Audiences last year had a good laugh as the play went on, but more than that, they shed tears at stories that are popular, but which we have not really properly engaged as a nation.”

These are the showing details:

Hey There! Take a Load off with Lotus Tours Wellness Daycation to Whispering Palms this Holiday | Monday, December 26th