Wizkid cancels all his Shows in December & January for Health reasons 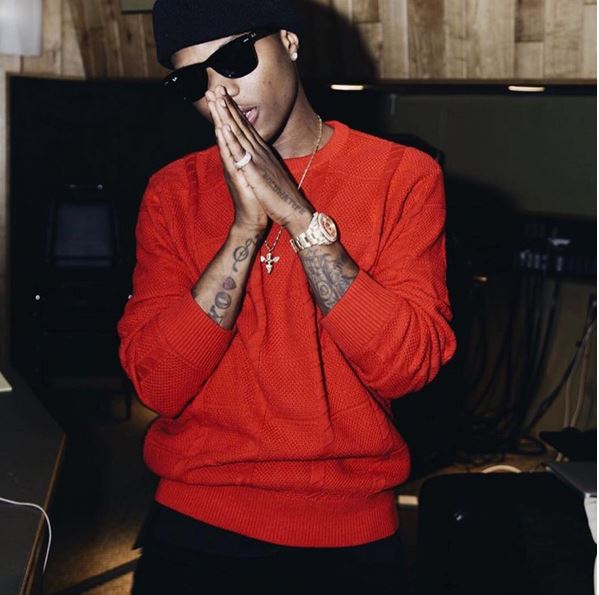 Nigeria’s superstar, Wizkid has cancelled his homecoming show scheduled for later this year, and all other shows for the rest of the year and January 2017.

In an apology he made to his fans in Nigeria and Uganda, the “Ojuelegba” crooner said that he took the action following the advice of his doctors.

He promised new music before the end of this year, and promised to be back, stronger and better. 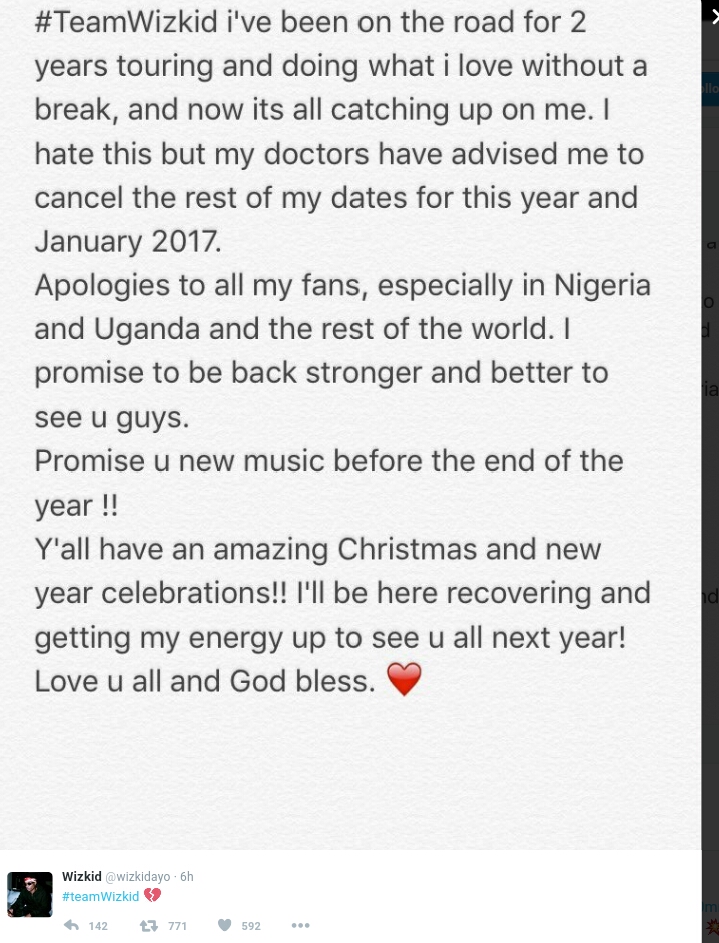 For almost 2 years Wizkid has been moving from one tour or show to another all over the world, and had arranged the homecoming concert simce he had not performed in Nigeria since the beginning of 2016.

Get well Starboy, and come back stronger.