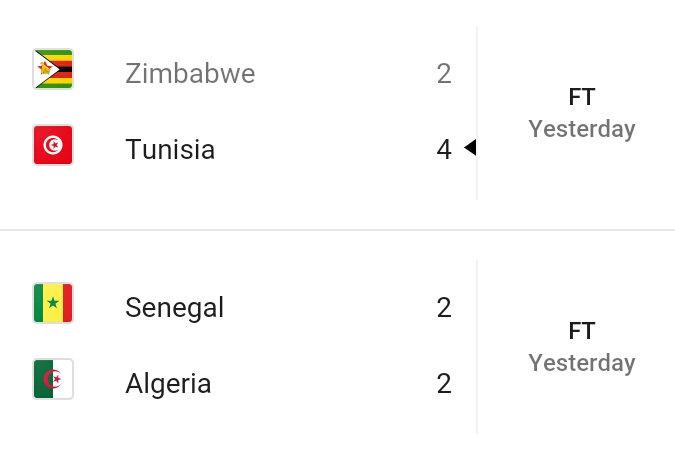 Algeria on Monday crashed out of the Africa Cup of Nations (AFCON) at the group stage after failing to win a single game in Gabon.

The Fennecs of Algeria were held to a 2-2 draw by Group B winners, Terranga Lions of Senegal in a match they had to win to have any chance of avoiding an embarrassing early exit.

But Senegal equalised twice, with Papakouly Diop and then Moussa Sow both firing in efforts from the edge of the area.

Tunisia also beat Zimbabwe 4 – 2 to qualify for quarterfinals of the competition.

Related Topics:Africa Cup of Nations (AFCON)
Up Next

“It is the worst criminal act to humanity…they should be killed” – Gov. Obiano says about Fake Drugs Peddlers