Nigeria climbs to 38th in the World in August FIFA Ranking 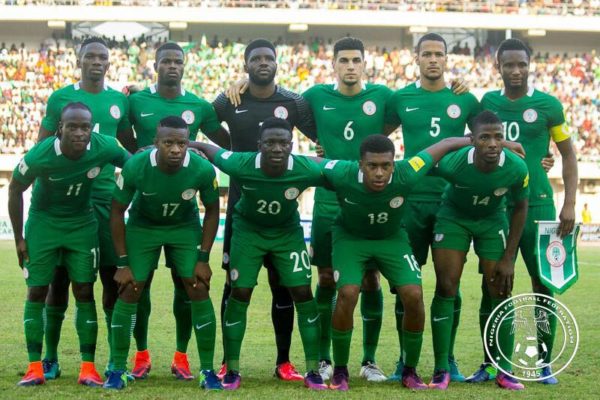 The Super Eagles of Nigeria climbed up one step and are sixth in Africa based on the latest FIFA rankings released on Thursday ahead of next month’s 2018 World Cup qualifier clash against Cameroon.

Despite their 2-0 home defeat to South Africa in the last fixture of the Africa Cup of Nations (AFCON) qualifier, Gernot Rohr‘s men still climbed up to the 38th position in the rankings.

On the global stage, Brazil reclaimed the top spot, with the reigning World champions, Germany dropping to second and Argentina remain in third.

Surprisingly, Switzerland climbed to fourth which remains their highest ever position, while Poland, Portugal, Chile, Colombia, Belgium and France complete the top 10.

The next FIFA/Coca-Cola World ranking will be published on September 14, 2017.