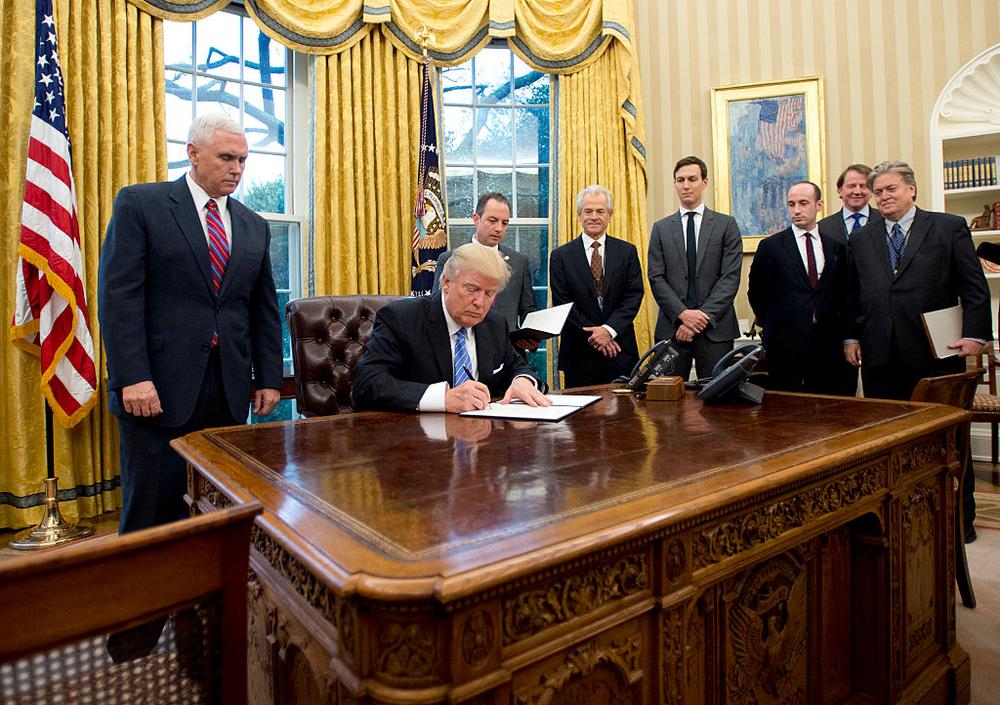 U.S. President Donald Trump has revoked the Presidential Memorandum on Mexico City Policy and Assistance for Voluntary Population Planning, which allowed voluntary abortion in the U.S.

Trump, who has made anti-abortion policy one of his campaign promises, announced the revocation on Monday, in a statement issued by the White House.

I direct the Secretary of State, in coordination with the Secretary of Health and Human Services, to the extent allowable by law, to implement a plan to extend the requirements of the reinstated Memorandum to global health assistance furnished by all departments or agencies.

I further direct the Secretary of State to take all necessary actions, to the extent permitted by law, to ensure that U.S. taxpayer dollars do not fund organisations or programmes that support or participate in the management of a program of coercive abortion or involuntary sterilisation,” the statement said.

Trump said “the memorandum was not intended to, and does not, create any right or benefit, substantive or procedural, enforceable at law or in equity by any party against the United States, its departments, agencies, or entities, its officers, employees, or agents, or any other person”.

“The Secretary of State is authorised and directed to publish this memorandum in the Federal Register,” Trump’s statement read.

With the revocation, Trump has barred U.S  federal funding for foreign NGOs that support abortion, relaunching a battle that has long divided Americans.

The abrogation came just two days after women led a massive protest march in Washington to defend their rights, including to abortion.

The decision to ban foreign aid to groups that lobby in support of abortion rights is certain to deepen concern among already apprehensive U.S. family planning and women’s rights organisations, according to observers.

Stenny Hoyer, a Democratic leader in the House of Representatives, sharply criticised Trump for using his first week in office “to attack women’s health”.

“It should be no surprise to the millions of women and men who gathered in protest this weekend across the country and around the world that Republicans are focused more on making it harder for women to access health care than on the serious economic and security challenges we face.”

They were first put in place in 1984 by Republican president Ronald Reagan.

Trump, meanwhile, has pledged to nominate an anti-abortion justice to the Supreme Court, which could lead to overturning Roe v. Wade, the emblematic ruling that legalised abortion in the U.S. in 1973.

Related Topics:AbortionDonald Trump
Up Next