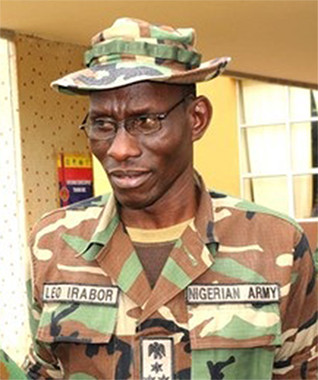 The corpses of 15 soldiers and 1 officer have been recovered by the Nigerian Army.

The military personnel had been declared “Missing in Action” during an operation to dislodge the Boko Haram insurgents from Gashigar Area in Borno on October 16, 2016.

The Theatre Commander of Operation Lafiya Dole, Maj.-Gen. Lucky Irabor, disclosed this at a weekly review of Operation Rescue Final at Maimalari Cantonment, Maiduguri, on Wednesday.

“The corpses were recovered along Kamadugou River line area in Maiduguri.

Among the recovered corpses was that of Lt.-Col. K. Yusuf, the former Commanding Officer (CO) of 223 Tank Battalion.

They have since been buried in Maimalari Cantonment Cemetery with full military honours,’’ Irabor said.