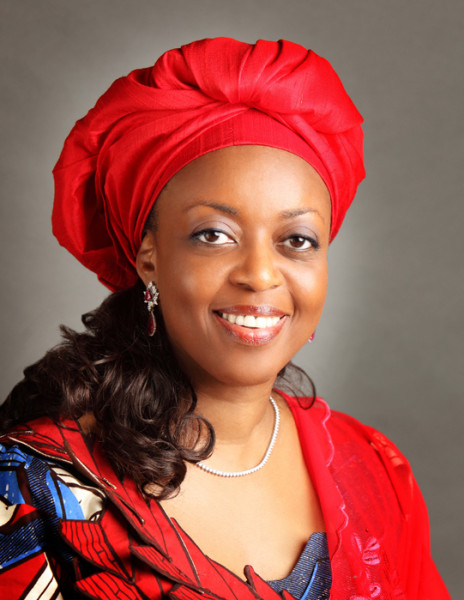 A Federal High Court in Lagos on Friday, issued an interim order of forfeiture to the Federal Government of $153.3 million belonging to a former Minister of Petroleum Resources, Diezani Allison-Madueke.

The monies were said to be domiciled with three Nigerian  banks.

The commission averred that out of the total sum, about N23 billion was domiciled with Sterling Bank Plc., N9 billion with First Bank Plc., and about $5 million with Access Bank Plc.

After issuing the interim orders, the court also issued 14 days to Sterling Bank and any other interested party to appear and prove the legitimacy of the monies, failing which the funds would be permanently forfeited to the Federal Government.

In an affidavit filed in support of the application, an EFCC investigator, Moses Awolusi, claimed that the anti-graft agency discovered through its investigations, communication between Diezani and a former Fidelity Bank Managing Director, Nnamdi Okonkwo.

He said that sometime in December 2014, Diezani invited Okonkwo to her office where they hatched the plan of how the cash would be moved from Nigerian National Petroleum Corporation (NNPC) to Okonkwo for safe-keeping.

According to him, Diezani instructed Okonkwo to ensure that the money was “neither credited into any known account nor captured in any transaction platforms” of Fidelity Bank.

Awolusi said that Okonkwo accepted and implemented the deal leading to the movement of the sums from NNPC to Fidelity Bank.

He said that two former Group Executive Directors of Finance and Account of NNPC helped Diezani to move the cash from NNPC Abuja to the headquarters of Fidelity Bank in Lagos.

Counsel to EFCC, Rotimi Oyedepo, moving the exparte application on Friday, urged the court to order an interim order of forfeiture.

He also urged the court to order Sterling Bank and others who were joined as defendants to appear in court and show why  the funds should not be permanently forfeited.

Oyedepo brought his application pursuant to Section 17 of the Advance Fee Fraud and Other Related Offences Act No. 14, 2006 and Section 44(2) of the 1999 Constitution, and argued that granting the application was in the interest of justice.

Justice Hassan, after listening to submissions, granted the orders.

He adjourned to the case to January 24 for the respondents to appear in court to show why the funds should not be permanently forfeited.