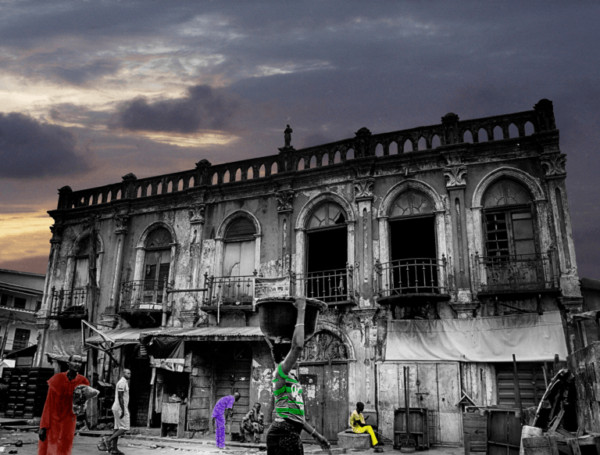 The Federal Government said that those who collaborated  to  demolish the 190-year- old Ilojo Bar (also called the “Olaiya House” or “Casa do Fernandez”) in Lagos, declared as national monument in 1956,  will be punished.

The Minister of Information and Culture, Lai Mohammed, stated this on Sunday when he inspected the site of the demolished building at No 6, Alli and 2 Bamgbose streets, CMS, Lagos Island.

The minister was accompanied on the inspection by the Lagos State Commissioner of Police, Fatai Owoseni, and Director General, National Commission for Museums and Monuments (NCMM), Yusuf Abdallah.

The Ilojo Bar, is a Brazilian-styled historic building located near Tinubu Square in Lagos Island, Lagos State, Nigeria was built in 1855 and bought by the late Alfred Omolona Olaiya in 1933.

It was built by Africans who regained their freedom from their “Portuguese masters” in Brazil. Its historical, social and architectural values have been well acclaimed, thus, prompting the Federal Government to give it special protection status as a National Monument through Gazette 25 Vol. 43 of April 5, 1956.

It was pulled down unexpectedly on September 11, 2016 by a “developer”. WATCH it here.

“This building in particular was unique because it chronicled the historical, cultural and social relationship between us and Brazil. It is like a living monument of our slave trade past. It was a monument that exhibited the Brazilian architecture at that time, which is rare to come by anywhere in the world. As far back as 1956, the Federal Government acquired this property as a national monument and it was gazetted. The idea was that the building was so unique and the government would not want the family to change or rebuild it because it is history itself,” he said.

He recalled that when government declared the building as national monument, arrangement was made with the family on how to maintain the place and there were several meeting held between the two parties.

The minister said that there was no reason, except greed, that could have propelled any developer into demolishing the building.

“We cannot equate money with our past history and legacy because a people without history will perish very fast. This building is a remembrance of what our ancestors went through in slavery and how they triumph, came back and they showed that they were well-to-do. It is worth billions of dollars because it symbolised our past. We have the responsibility to preserve our past and culture so that our children unborn will come here and see what they are like. We all go to London and Paris to see their monuments. If those people had destroyed their own culture, architecture and heritage, what then will we be going there to see?,” he queried.

Mohammed assured that whoever destroyed the building will be fished out, no matter how long it would take to do so.

The minister debunked the claim that the structure was weak, adding that the government would take over the defence of the civil suit filed by the developer.

“You cannot go to court now and say that because the structure has been destroyed, the land should go back to the owner. We are ready to meet them in court and one thing I can assure you is that nobody can benefit from his own crime,” he said.

He said government had the picture of the house, and that when they were through with the civil case, government would rebuild the structure.

Speaking on the issue, Lagos State Commissioner of Police,  Owoseni, said when the building was demolished, he immediately ordered the Area Commander to look for the developer but they said he was very sick and on admission in the hospital.

“When something is gazetted, the gazette becomes an Act and whosoever does a thing contrary to the gazette and its content, becomes an offender,” he said.

He advised that the site be sealed-up to prevent illegal trading on the plot.

On the issue of the ‘Angel’ on top of the demolished building allegedly stolen by the family, the commissioner advised the National Museum to write a petition.

He said the Police could not take action because the case was already in court.

The ‘Angel’ was said to be an antiquity and by the provision of the law, only the National Museum has the statutory powers to deal with antiquity.

Earlier, Eric Awobuyide, a member of the Olaiya family who briefed the minister on the demolition, said the building had attracted many tourists from different parts of the world.

“Recently the Brazilian authority came and they held a dinner in respect of this. Prof Wole Soyinka and other prominent people attended the dinner,” he said.

He said some members of the family who leased out the building to developer had made several attempts to demolish the building but he resisted.

He added that on the fateful day the building was brought down, he was not around.

He left his Bank Job in 2012 after seeing “children who should be in school but were not” Meet Otto Orondaam, this Week’s #BellaNaijaMCM

6 Dead, 2 Arrested after Shooting at Quebec City Mosque in a Suspected Act of Terrorism