He left his Bank Job in 2012 after seeing "children who should be in school but were not" Meet Otto Orondaam, this Week's #BellaNaijaMCM 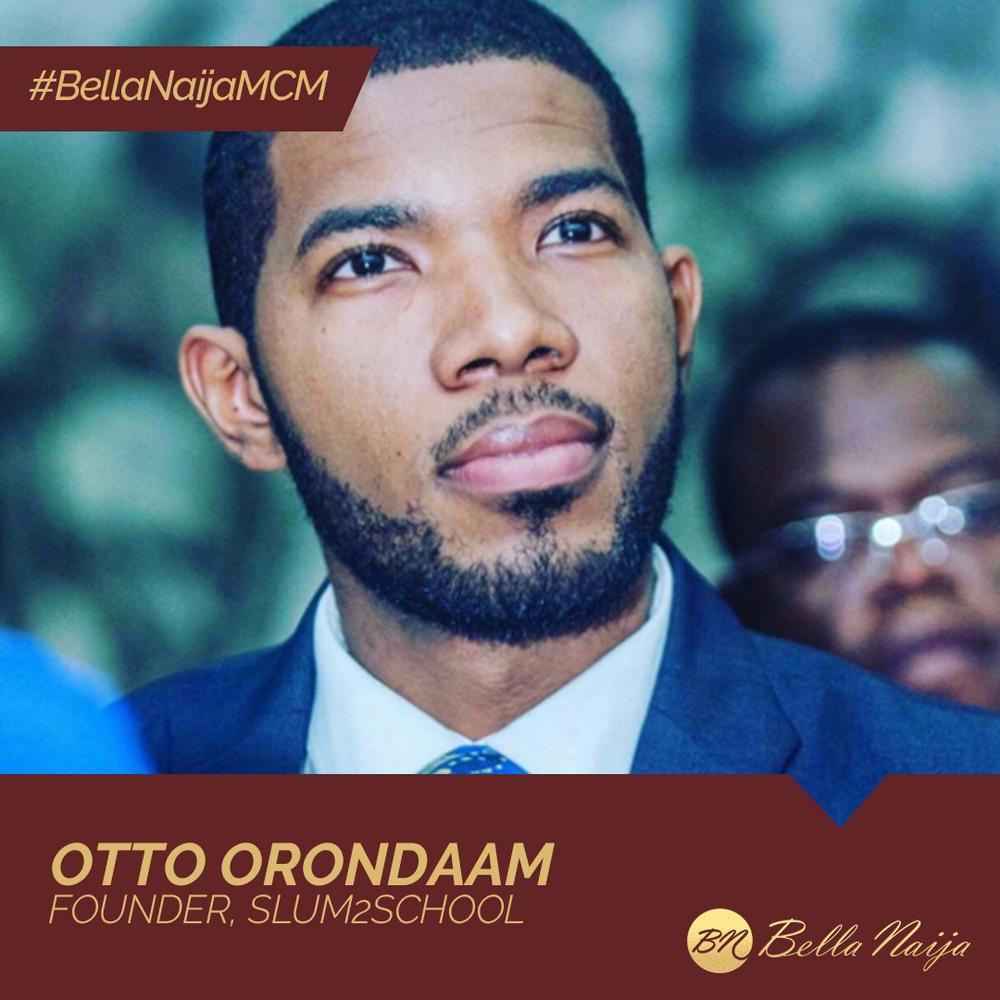 Apart from being cute, Otto Orondaam is young, passionate, and driven. You can’t take away his passion for education, especially for vulnerable and underprivileged children.

In 2012, Otto was going across 3rd mainland bridge and the huge traffic made him notice the Makoko community sitting on the lagoon. He visited the community later and discovered that reports of the humanitarian crises in Nigeria and other parts of Africa were true.

“I saw thousands of innocent children without clothes littered everywhere; children who should be in school but were not. It was a sad reality and that day I made the decision to resign from the bank and try to solve some of their problems. And that was how Slum2School Africa started,” Otto said.

Now that’s what we call passion! A job in a bank was a big deal at the time, and leaving that to set up a not-for-profit organisation shows selflessness and love for the weakest and most dependent among us.

Today, less than 5 years later, Slum2School Africa has worked with over 5,000 volunteers across 25 countries and provided support for over 11,000 in Nigeria.

Otto is a LEAP Social Innovation Fellow, a 2016 Mandela Washington Fellow and he sits on the West and Central African Regional Advisory Board for President Obama‘s Young African Leaders Initiative (YALI) as well as the board of the Lagos State Employment Trust Fund. He also won the Lagos State Honors Award as the Most Outstanding Corps Member in 2012.

He won The Future Awards Africa Innovator of the Year in 2012, as well as the Prize for Education in 2013.

The Nigerian CSR Awards, Nigerian Leadership Awards, 2013 are also parts of the recognition Orondaam has received.

Awaken Lifestyle with Olamide Balogun: This is the Time For You to Be Courageous