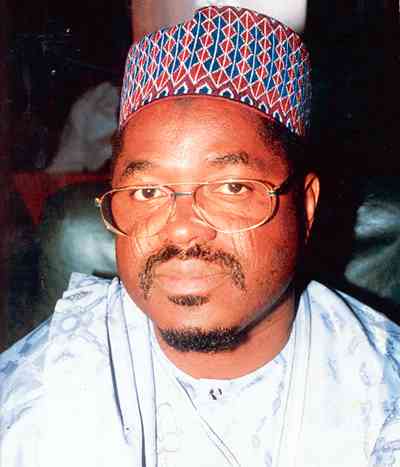 Kure died on Sunday in a German hospital at the age of 60.

The Chairman of People’s Democratic Party (PDP) in Niger, Tanko Beji, confirmed the death of the former two-term governor of the state.

Reacting to Kure’s death, Governor Abubakar Bello of Niger described the death of Kure, as a great lost to the state and the country at large.

Bello siad: “I am very shocked but ‘from Allah we come to him we shall all return’.”

“I was with him about two weeks ago in Abuja where we discussed on how to ensure good democratic governance in our state,” he said.

Represented by Jide Orintunsin, his Senior Special Assistant Media, Bello said that the state would continued to remember him for his giant  developmental strides during his two terms in office.

Jonathan Vatsa, the state’s Commissioner for Information, disclosed this in a statement in Minna on Sunday.

He further stated that all flags should be at half mast through out the state during the mourning period.

According to the Commissioner, Gov. Bello has also declared a work free day on the day of the burial of the former governor to enable citizens accord the departed leader a befitting burial and respect.

Vatsa expressed that the government will miss the wise counsel of the former governor, who despite political differences never fail to offer meaningful advice to the present government.

The intervention of the former governor during the recent labour crisis in the state was not only legendary but showed him as an elder stateman, whose main concern was for the good, progress and unity of the state.

“Engineer Abdulkadir Abdullahi Kure remains a leader who, out of office showed concern for the development of our state.”

He introduced Sharia Legal System in the state in May 2000.

Kure is survived by his wife and six children.