Gambia’s Chief of Defence Staff, Ousman Badjie has said that he’ll not involve his soldiers “in a stupid fight” if other West African troops enter the country’s territory.

“We are not going to involve ourselves militarily. This is a political dispute,” Badjie was quoted as saying.

Badjie who had earlier declared support for president-elect Adama Barrow, switched back to President Yahya Jammeh.

Jammeh has refused to hand over power to the president-elect and is facing military action from Senegalese troops and Nigeria Air Force (NAF) personnel and fighter jets.

“I am not going to involve my soldiers in a stupid fight. I love my men,” Badjie added. “If they (Senegalese) come in, we are here like this,” Badjie said, making a hands up to surrender gesture.

Meanwhile Barrow has announced that his inauguration will take place at the Gambian Embassy in Dakar, Senegal by 4PM (GMT) today, January 19th. 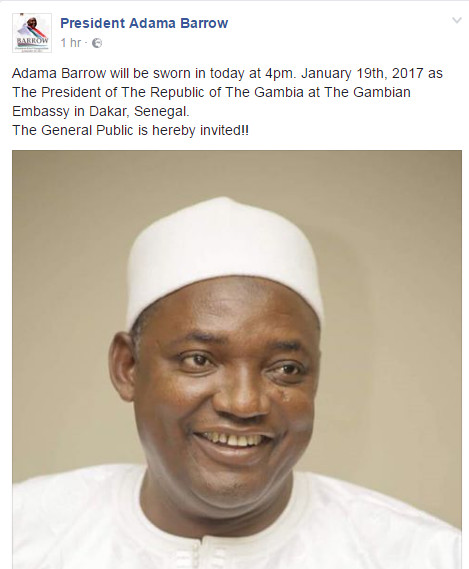 Get Embroiled in Crazy, Love-Hate Relationships with Mbali Mbatha’s “Working for the Enemy” #LiterallyWhatsHot