"I do not even know who Gideon Okeke is, I do not think I have ever heard his name'' - Veteran Nollywood Actor Chiwetalu Agu Responds to Criticism Over his Extreme Vulgarities in Movies 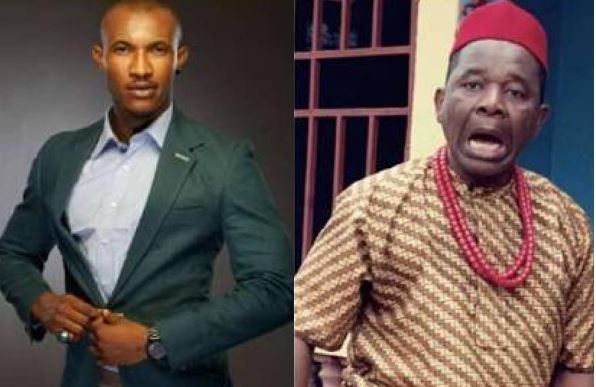 A few days ago Gideon Okeke had said that Chiwetalu Agu‘s vulgarity in movies was becoming too much and he urged the National Film and Video Censors Board (NFVCB) to do something about it.

Chioma Akpotha reacted, saying Okeke lacks respect and morals, and it’s none of his (Okeke’s) business how Agu delivers his craft.

Agu has now responded in an interview with Scoop Sunday and this is what he said:

“Anybody can say anything or come to whatever conclusion they please. The viewers would judge whether I use vulgar words in movies or not. People who watch movies are the ultimate judges. I do not even know who Gideon Okeke is; I do not think I have ever heard his name.

If people like AMAA are talking to me about this, I would know how to react appropriately. But this is an individual I do not even know. He has his own style, and I have mine which has won me awards all over the continent and even beyond. This is the first time anyone will be accusing me of vulgarity.

Others have been hailing me. What we do is satire; we are re-enacting what happens in the society. People I have encountered and those who have called me have been full of praise for me. It will also interest you to know that I am the highest award-winning actor in Africa.

I have 47 awards to my name, and the second person behind me has not even got up to 10 awards. Two years ago, I took two cows to church to celebrate and thank God for giving me the highest number of awards in Africa. Secondly, I have done 727 productions.

It is a rare record in Africa. I am also the current holder of the Best Veteran Actor award which was given to me in U.S. People like Olu Jacobs and other time-tested Nollywood practitioners were nominated for that same award but I was chosen. My record is the best in all ramifications.

I have spent about 35 years in the movie industry, and I am a big pillar of Nollywood. Even former President GEJ confessed about 3 years ago that whenever he travels out of the country, foreign leaders ask after people like me, Jim Iyke, and Genevieve Nnaji.

Because of that, he put N3bn into Nollywood. It goes without saying that I am very big in Nollywood. I am a father, legend, and icon.”