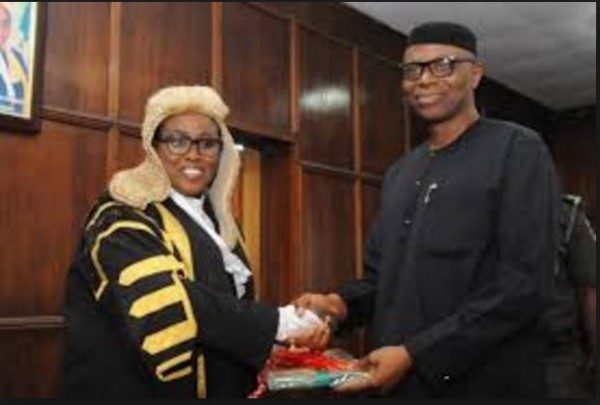 The action which was carried out by 20 out of the 26 lawmakers in the state, comes barely a month to the end of the tenure of the Dr. Olusegun Mimiko administration in the state.

According to Vanguard, the lawmakers said that the suspension of the three principal officers was sequel to the withdrawal of the sum of N15 million by the embattled speaker, Akindele.

The lawmakers said that they found a man with N15m cash in the Assembly Complex, and when they asked about the ownership of the money,  he reportedly said it was meant for Akindele.

The paymaster claimed he was asked to withdraw N15million in cash from the bank. The money stacked inside a ‘Ghana Must Go’ bag was meant to be delivered in Akindele’s home, according to him. But the paymaster brought the bag to the Assembly Complex.

The Paymaster and the Money 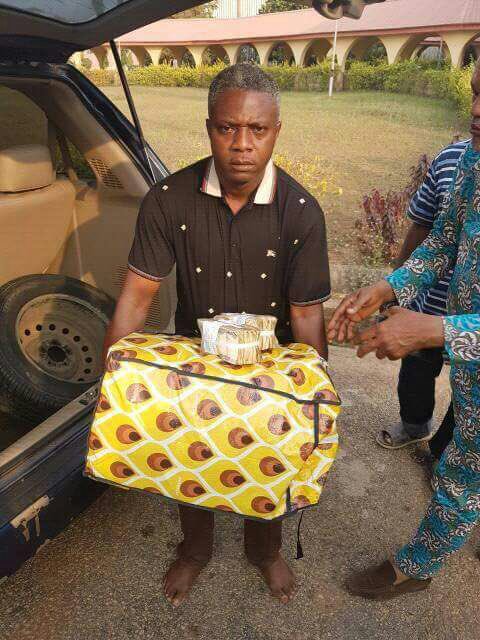 This prompted an instant rebellion with 20 out of the 26 members of the assembly moving to impeach the speaker at a short session.

15 members of the Peoples Democratic Party (PDP) and five member of the All Progressives Congress (APC) combined to carry out the rebellion.

An Acting speaker, Malachi Coker, and  deputy speaker, Ayodele Arowele were  elected. Olamide George was elected as the majority leader.

However, PUNCH reports that Akindele, in a statement on Saturday by the Chairman, House Committee on Information, Siji Akindiose, described the suspension as an exercise in futility.

“To orchestrate such illegality, they blatantly went against the known rules and convention of the House. Expecting it to stand shows clearly that some people are either power-drunk or they are incapable of understanding or appreciating the fine ethos of the rules of the House and the rule of law.

To even attempt to enforce their ill-advised will on the majority of the House in such a callous manner is a pointer to the kind of leadership style they plan to provide. In the course of his duty, a law-abiding senior public officer was manhandled and subjected to a dehumanising treatment,” she said.

She added that the N15m was meant for projects which were appropriated for and approved by the leadership of the House.

They were later reinstated after Governor Mimiko settled the dispute.