The Nigerian cover star, Seyi Shay looks back at how successful 2016 has been, shares her big plans for 2017 and talks about being a self-made CEO of her record label Stargurl, in a totally male dominated industry. 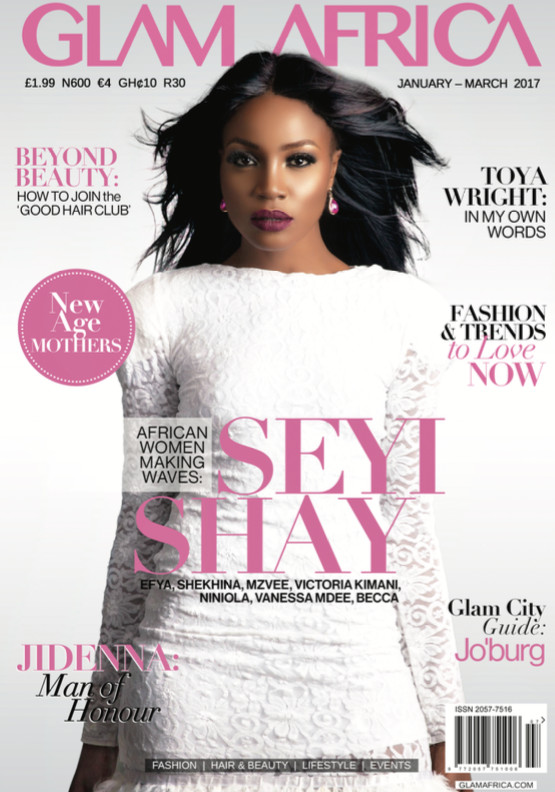 Another music star making waves in the African music industry is Efya who is on the Ghanaian cover of the New Beginnings edition. Talking about signing to Wizkid’s ‘Starboy Records’ and releasing a debut album only after storming the award scene with nominations and wins, including a monstrous four consecutive wins for ‘Best Female Vocal Performance’ at Ghana Music Awards, over her 10 years music career. Efya in this edition also shared her advice to other women seeking success in this New Year. 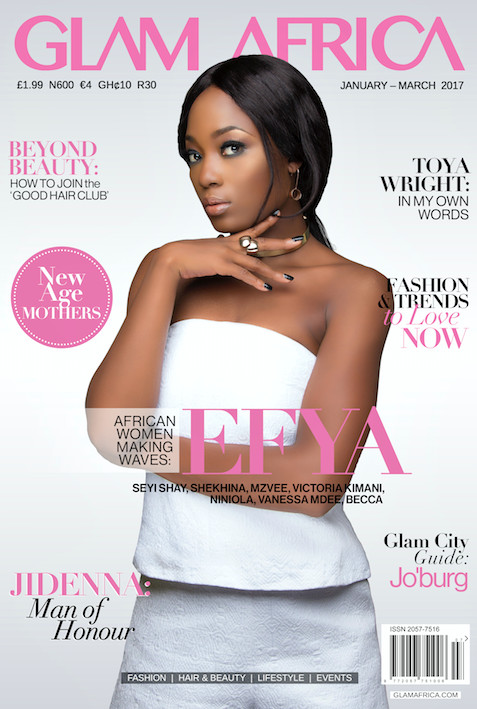 On the South African cover is the delectable actress, Pearl Thusi, who spent most of the last year in both local and international news. From hosting MTV’s Lip Sync Battle Africa, making her debut in hit US series Quantico, launching her hair brand and appearing on several magazine covers, this MAMA ‘Personality of the Year’ nominee definitely had a busy year. She tells Glam Africa why her 2017 is definitely off to a great start. 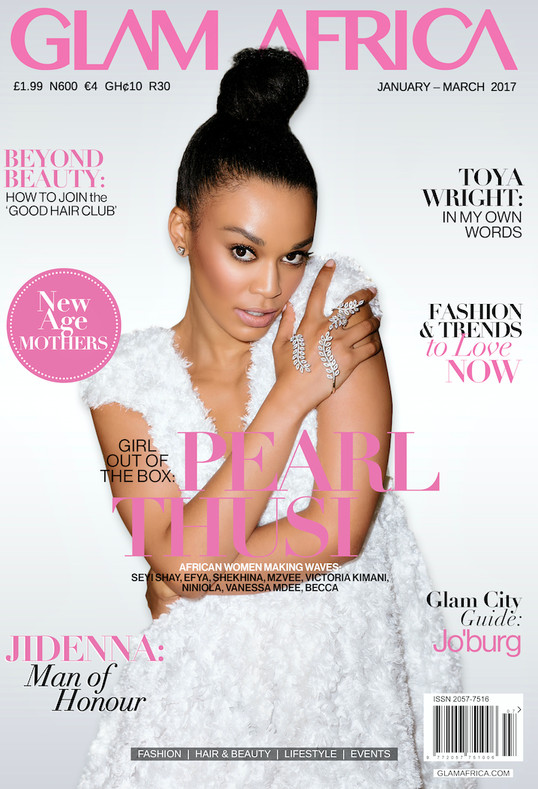