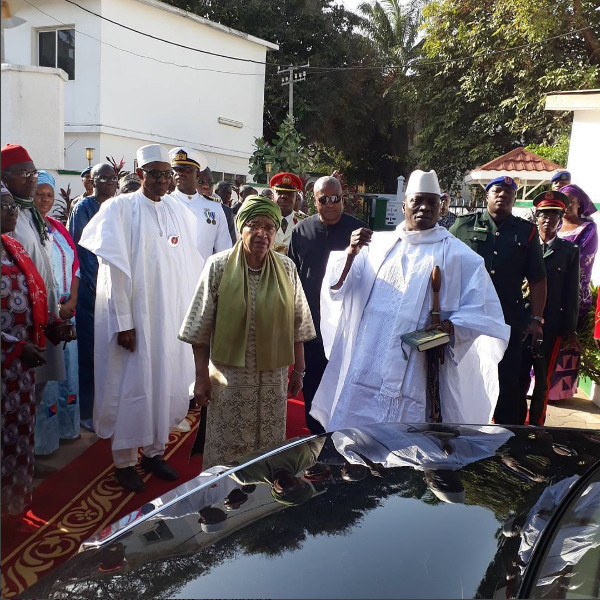 January 19 is the date when president-elect, Adama Barrow has vowed to take power, despite outgoing President, Yahya Jammeh, not accepting his defeat in the December 1 election.

Barrow attended the summit bringing together French President, Francois Hollande and more than 30 African leaders, while Jammeh was absent.

“The choice of Gambian voters in favour of Adama Barrow must be respected,” Hollande said.

Barrow arrived in Bamako with Nigerian President, Muhammadu Buhari, who had met both him and Jammeh in the Gambian capital Banjul on Friday.

A statement from Barrow’s office said Jammeh’s meeting with Buhari and other mediators from the Economic Community of West African States (ECOWAS) was “unproductive.”

Gambia has been in a political deadlock since Barrow, a real estate mogul who was little known before he announced his candidacy, defeated Jammeh in the election.

Jammeh, who has ruled the small West African nation with an iron fist for 22 years, has filed a petition to challenge the election result at the Supreme Court.

The talks with ECOWAS came several hours after Gambia’s ruling party filed a motion with the Supreme Court to prevent Barrow from being sworn into office on January 19.

The African Union said Friday said it will cease to recognize Jammeh as president after that date.

ECOWAS earlier pledged to send troops to ensure a peaceful transition of power in Gambia if Jammeh persists in his refusal to step down.