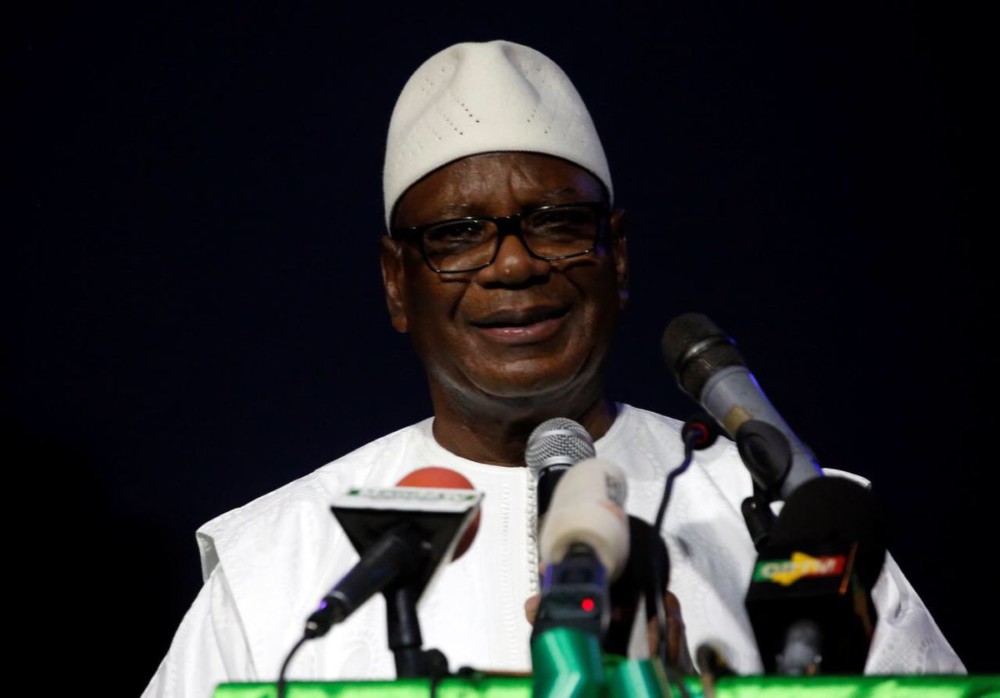 Like Nigerians who went out en masse for the Police Brutality, #JusticeForUwa, #JusticeForJennifer protest, Malians have had it with corruption, bad governance, mismanagement of the economy and security situation, so they are calling and demanding the resignation of President Ibrahim Boubacar Keita and the dissolution of the country’s constitutional court. 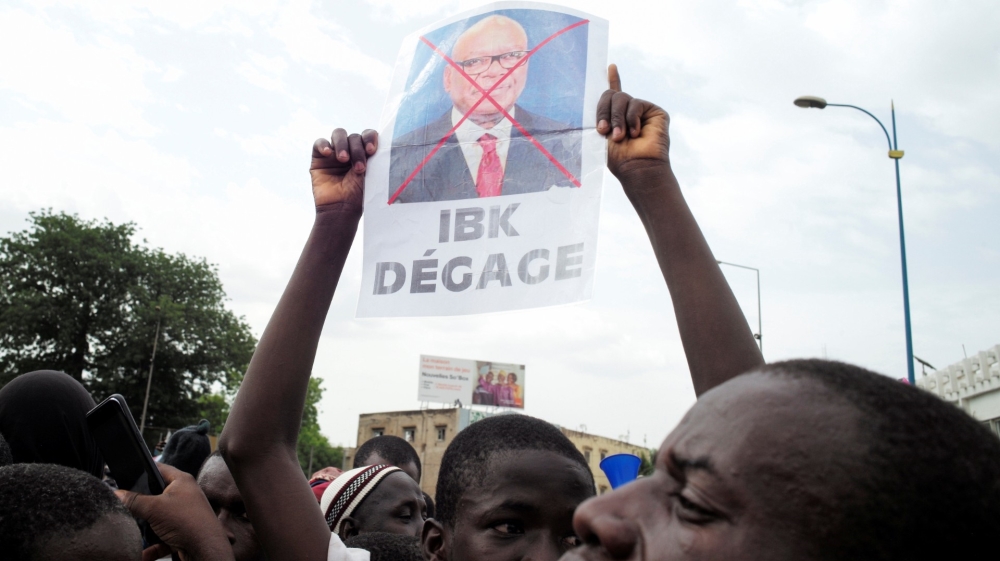 They braved rainy conditions to join the demonstration at Bamako’s Independence Square on Tuesday, blowing vuvuzela horns and carrying placards bearing anti-government slogans such as, “We want real change in Mali, IBK out”.

In June, tens of thousands of Malians protested in Bamako to demand the resignation of President Keita, and ECOWAS called for new elections to be held due to disputes about the legitimacy of the 2020 Malian parliamentary election.

The court had nullified results of 31 parliamentary seats in the recently held polls, and awarded victory to other contenders said to be partial to the president. 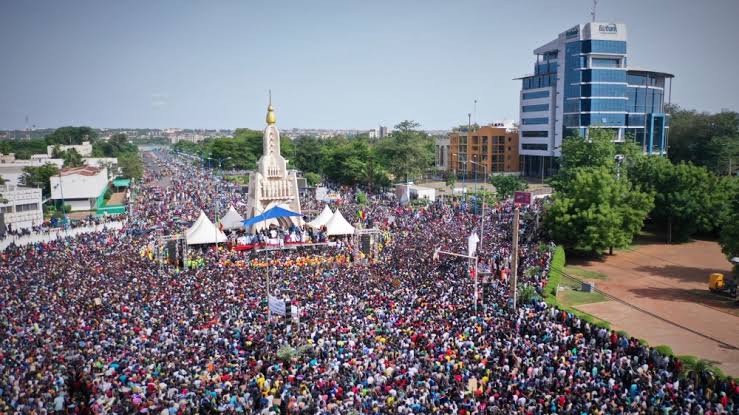 In July, the President met with Imam Mahmoud Dicko, leader of the June 5 protest movement. The protests turned violent on July 10 when at least 11 people were killed in clashes between security forces and protesters in the worst political strife Mali has seen in years. 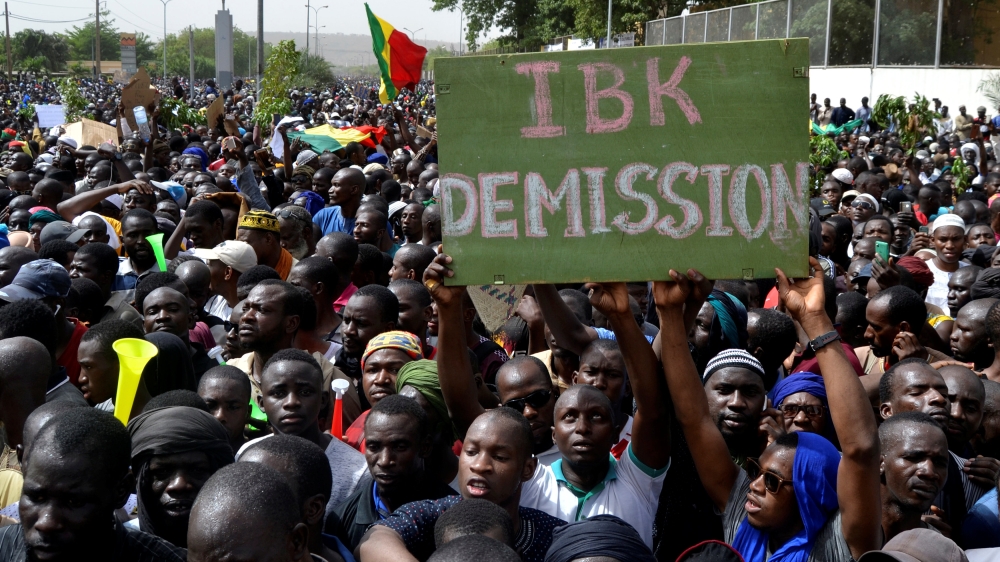 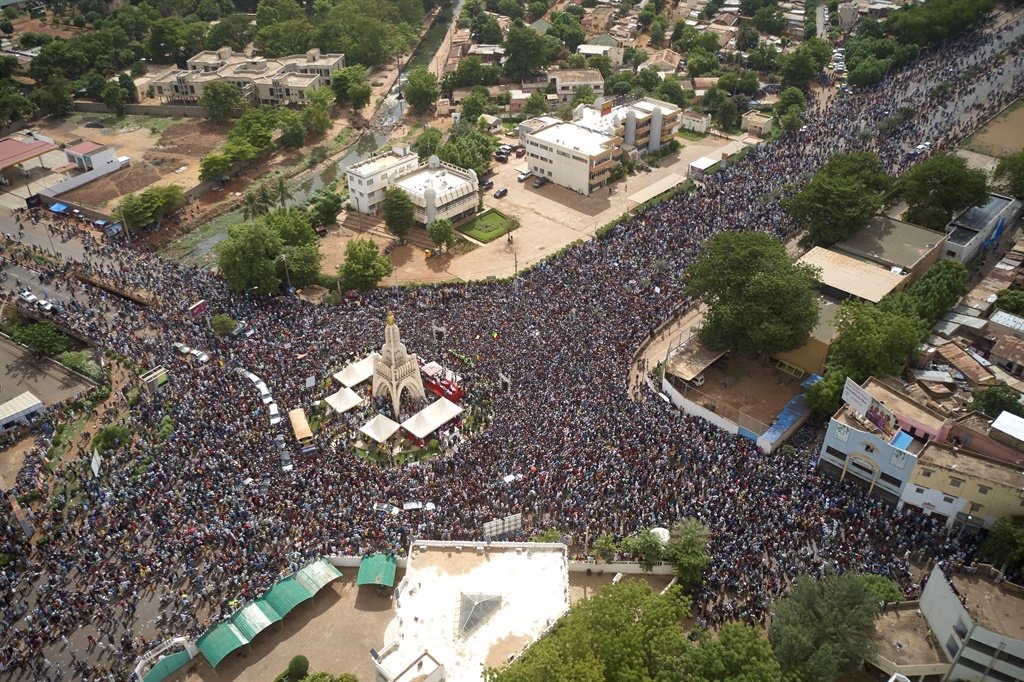 What’s the reason for this new protest?

According to Aljazeera, on Monday, Keita swore in nine new judges to the Constitutional Court, part of an ECOWAS suggestion for resolving the dispute, noting that the new judges had been nominated by a Keita ally.

Absent [from Monday’s swearing-in ceremony] were the June 5 Movement and their leaders, who were not involved in the decision on who these judges will be.

The appointments added “fuel to the fire in this feeling amongst protesters that Keita is abusing power by bringing allies close to him”.

Check out videos from the protests:

protestors have begun to gather in Mali’s capital Bamako as they call for President Ibrahim Boubacar Keïta to resign.
(Thousands have taken to the streets in recent months for a series of protests citing mismanagement of the economy & security situation) pic.twitter.com/IUx2aEbyOd

The people of Mali are refusing to give up. Mass protests continue. I see signs demanding an end to France's interference, looting, imperialism and neocolonialism.

#Mali : Ongoing protests in #Bamako. Demonstrators call to the resignation of @IBK_PRMALI president of #MALI. Despite of the rain 🌧, the people responded to the call of M5 RFP. #Manif11Aout is still on. Waiting for the the arrival of imam Mahmoud Dicko. pic.twitter.com/d3Inn5dlKR