Kayito Nwokedi: The Round Up of New York Fashion Week Autumn/Winter 2017 Shows

There was a new kind of energy during the just-concluded New York Fashion Week. There was a sense of charge, alertness, courage, to do things that haven’t been done before. Or rather, champion things that could have been done, but for fear – fear of being prosecuted for speaking out against wrong – but at this Autumn/Winter 2017 season of NYFW, fear didn’t exist.

This time, designers took a stand. Feminism. Activism. Human rights. Diversity (both racial and sexual). It was all over the runways. Never has fashion been so politically charged but in this Trump era, everyone suddenly has a voice. The voice to speak out against the impending wrong-doings of the president-elect, even the quietest of designers shouted with their clothes. 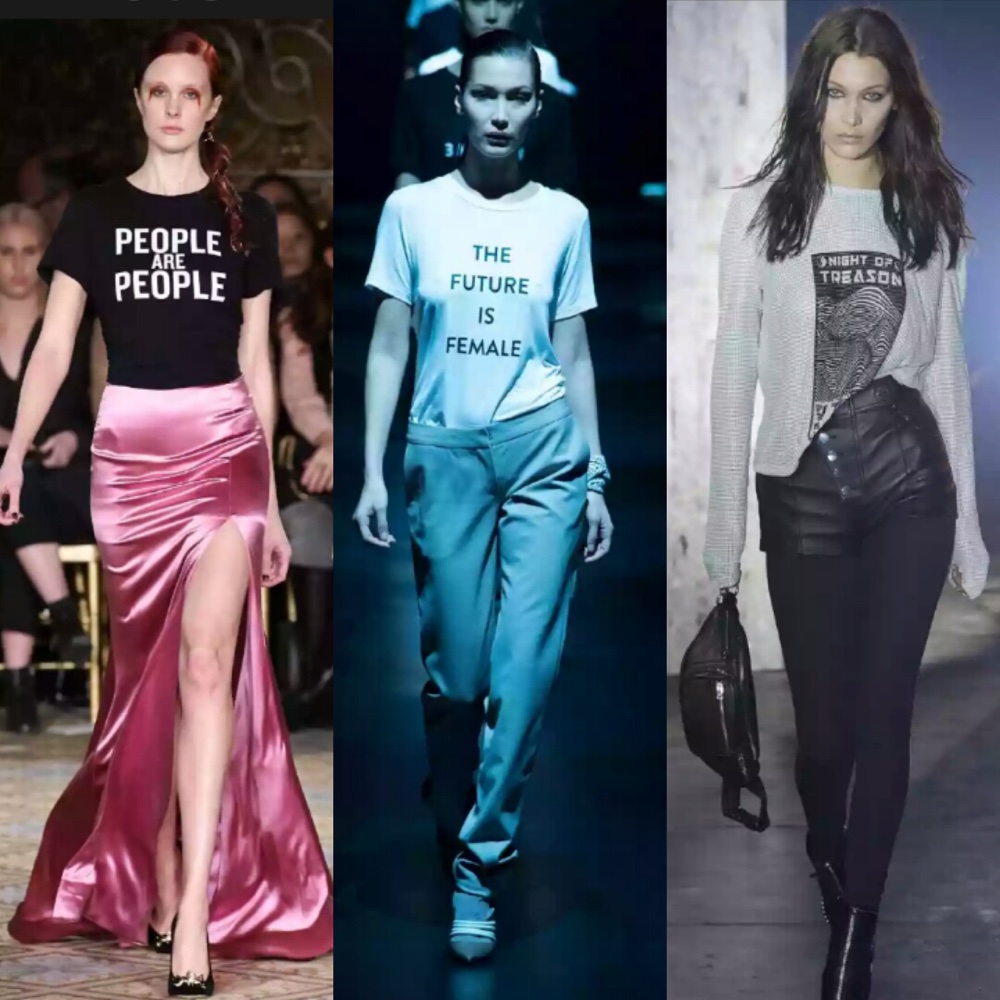 One of the most ubiquitous things on the runways this season was slogan T-shirts, seen at Christian Siriano, Prabal Gurung, and Alexander Wang. They made pictures that were seen globally and registered resistance, but are they truly enough?

Amongst one of Trump’s silly impositions is the immigration law. For fashion, that law won’t make any sense because a great deal of American designers are foreigners. Narciso Rodriguez is Cuban, Victoria Beckham is British, Delpozo‘s Josep Font is Spanish. Even the newly appointed Creative Director for Calvin Klein, Raf Simons, is Belgian. 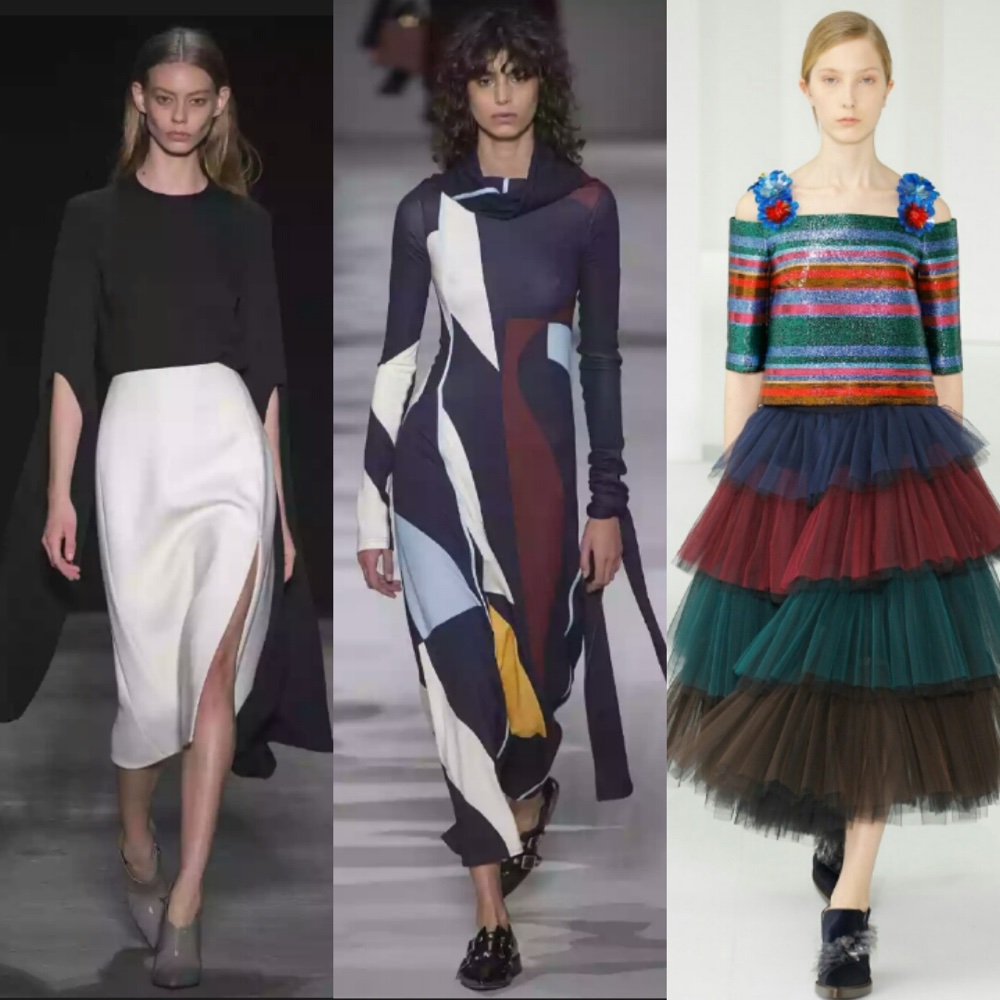 Simons, by the way, debuted his highly anticipated collection for the house, in front of the most influential people in fashion and pop culture. His collection respectfully touched on signature Calvin-isms, so to speak, like suiting and denim. True to his nature, Simons always adds a surprise fetish twist. It came in the form of clear plastic or vinyl that laminated everything from coats to feathered dresses and also splicing sheath dresses beneath the bust. 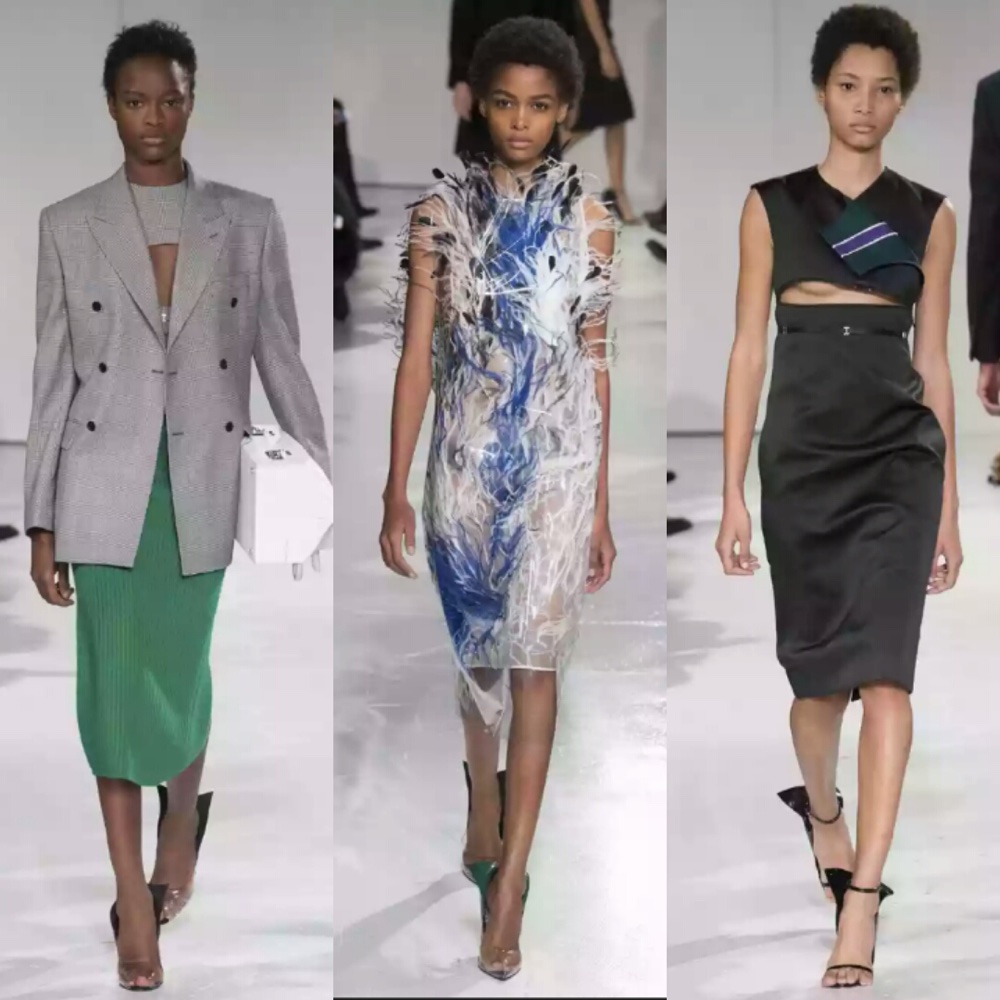 At Gozel Green, the twins behind the brand (Sylvia Anekwe and Olivia Okoji) cited Igbo Masks as their inspiration. For folks who are familiar with Eastern Nigeria culture, it is very easy to automatically assume that the clothes will tread into costume territory. Instead, the collection was a thoughtful interpretation of the ethos of Igbos, and that came in the form of mask embroideries on some pieces.

Gozel Green signatures, such as strips of fabric that are stitched onto the surfaces of skirts or dresses, made an appearance. Viewing the clothes collectively, it is easy to think that it might all be too much, but these are clothes that can be pulled apart and worn to the taste of the wearer. 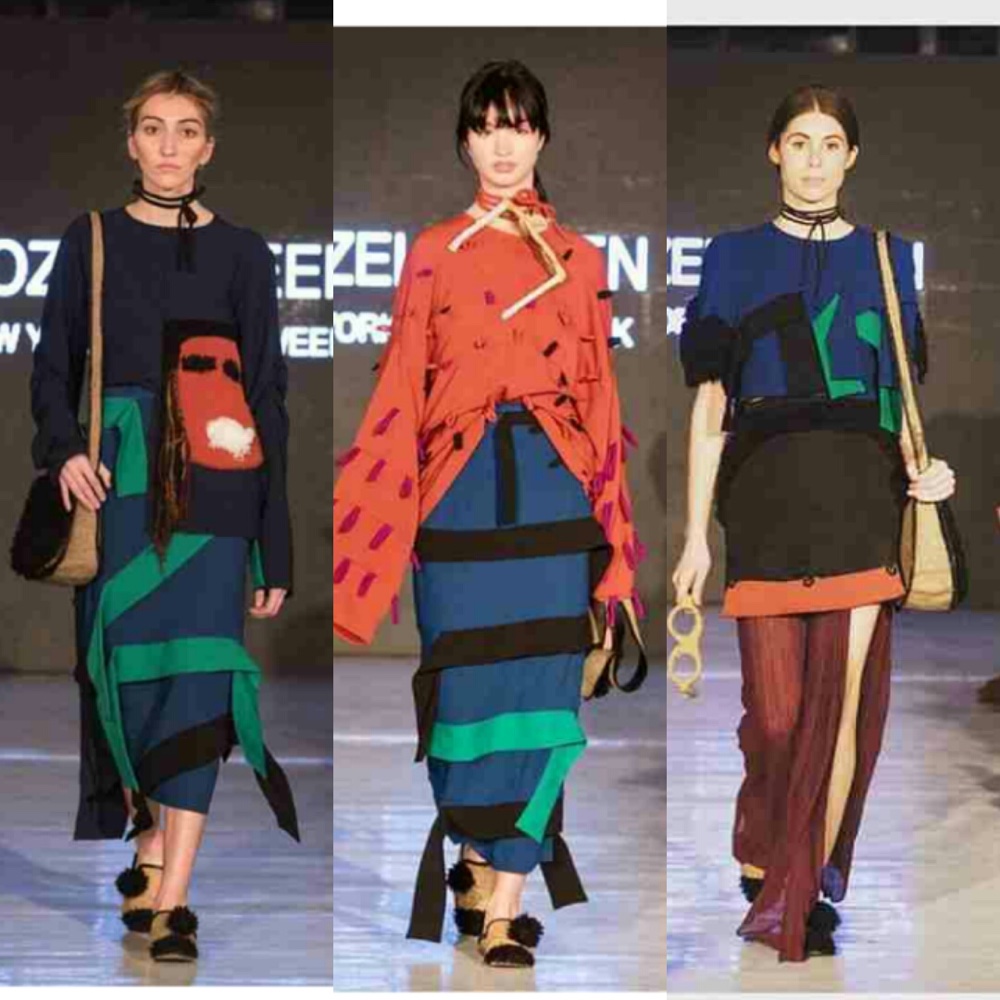 Amaka Osakwe of Maki Oh has become a regular fixture on the New York Fashion Week calendar, and as such, she pushes herself to put her best foot forward. This collection was apparently inspired by a working Lagos woman who hops on buses to go meet her lover. Hence the color palette that included the vibrant yellow as seen on danfo buses.

Also, since it was a tale of lovers, there was sex. But in subtle ways. Like in the sheer of dresses, or circle cut-outs on tops and pants, or even patent leather, which was a first for Maki Oh. Worthy of note too, were the tops with thread embroideries across the yokes that spelled “No condition is permanent“, inspired by some slogans written on the said buses. 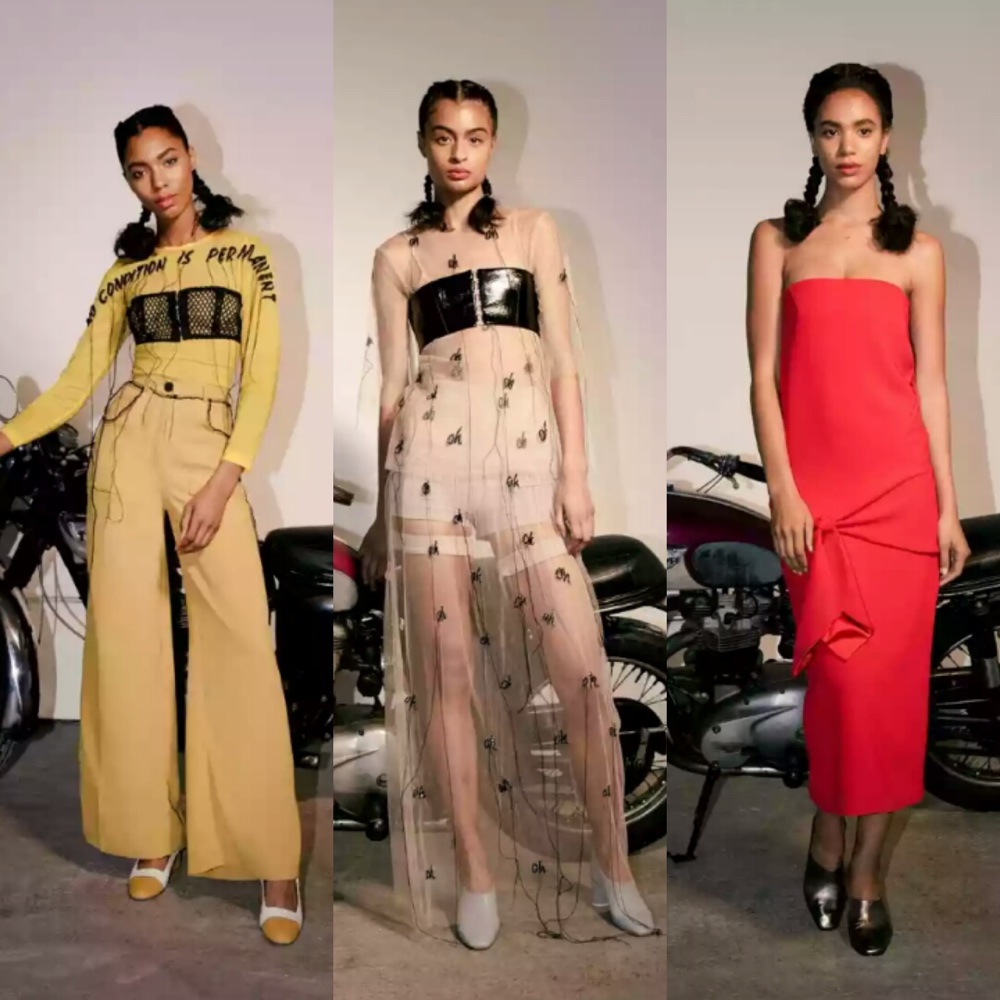 The tops at Amaka’s collection for Maki Oh were perhaps the best answer to all the anti-Trump protests going on all across America and even the economic situation in Nigeria because truly, No condition is permanent.