PDP: "I am determined to make my honest contributions to the success of this party" - Ali Modu Sheriff 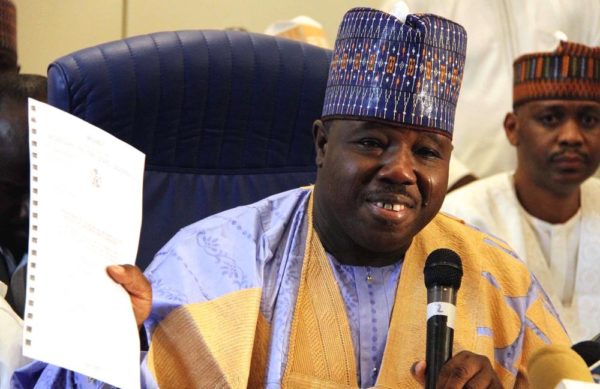 Reinstated National Chairman of the Peoples Democratic Party (PDP), Senator Ali Modu Sheriff, said he will organize a national convention of the party within the shortest time.

He said the convention was imperative as it will enable interested party members to aspire for positions.

Sheriff, who addressed a news conference on Saturday in Abuja, said that Friday’s Appeal Court judgment in Port Harcourt affirming his chairmanship of the PDP was the beginning of good things to come to the party.

He said that he was not interested to be chairman of the party, but was more interested in reuniting the members and made sure the party had credible leaders, who will make it win the 2019 elections.

He said that following the judgment, he had received many telephone calls from PDP leaders and that he had also reached out to many persons over the unity of the party.

“All the leaders of the party will be consulted between now and the next one week and we will come out with a firm roadmap that will lead to successful convention.

I can assure you that within the shortest possible time we will organize a successful national convention so that people can aspire for whatever positions they want.

Regarding the ruling of the Appeal Court on Friday, I want to assured that nobody is victor and no one is a loser.

In fact, I have spoken to almost all the people that are affected by the court decision and assured them of my readiness to work with them to ensure that the party returns as one family,” Sheriff said.

He added that he will also reach out to the party’s reconciliation committee to ensure that it came up with roadmap leading to the national convention.

Sheriff said that though he had full confidence in the country’s judiciary, he believed that litigation was not the best way to settle a dispute.

We need people to patronize our party, democracy is about people, you either give them their right or they leave.

What we are trying to do is to give the party back to the people,” he said.

The chairman announced that all states congresses held prior to the Port Harcourt national convention remained valid, adding that congresses would only be conducted in states where it was not held.

He, however, warned those speaking for him on the social media to desist from that in order not to compound the problem of the party.

He advised that people should not look at the leadership tussle as fight between him or Senator Ahmed Makarfi or any other leader of the party.

On the reopening of the locked PDP national secretariat, Sheriff said that it will be done as soon as an order on it is given by the Police.

At least 50,000 Youth Hold Rally/Prayer for President Buhari in Daura