There have been several reports trailing the fallout of Five Star Music’s KCee and Alterplate Music’s Harrysong, with the latest being that Harrysong was arrested for forgery and fraudulent activities with his former record label’s name.

Reports also stated that veteran musician Daddy Showkey was trying to reconcile the two artists and with this photo posted on Daddy Showkey’s page a few minutes ago, it looks like all is well between Kcee and Harrysong. 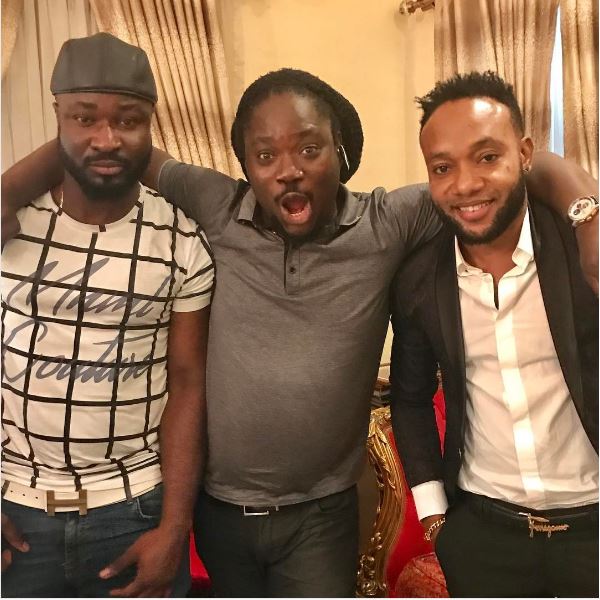