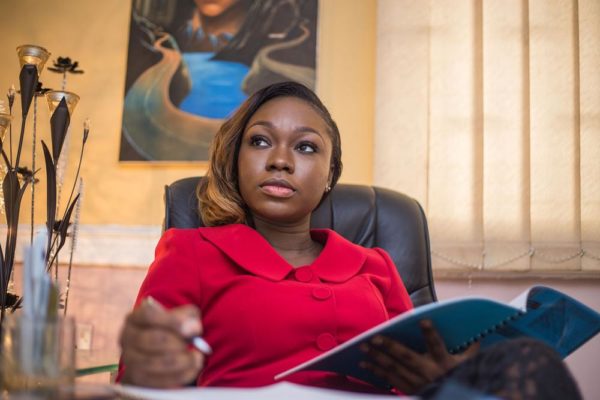 When we were younger Bisi was probably the prettiest in class. While we tried to deal with the zits that came with puberty, Bisi had gotten a hang of it and became our go to person for advice. She was full of wisdom. Her fashion sense, her poise and diction, how could one person have it all? I remember how guys of all ages tried to talk to her back then, and how she always shut them down before they could say anything.

We became even closer in university and decided that we needed to go for one of those ACS events, since we never went out much. It was a little get together and I remember this guy who seemed like he was 20 years older than us talking to Bisi all through the night.

According to him, he was on holiday in the UK and had somehow found himself in an event meant for just university undergraduates. To cut the long story short, I didn’t see my friend Bisi again that night.

I heard a loud knock on my door the next morning it was my friend Bisi “ahh Debbie, I’ve found the one o,” she said with so much excitement.

See, I had known this girl since I was 9 years old, I had seen guys jump fences and fight themselves to get her attention but she was never moved. As a friend, my first instinct was to ask questions and ensure that this guy was right for her; but for some reason I never asked any question, because over the years Bisi had proven to me that she was very wise in dealing with the opposite sex.

Days, weeks and months passed and my communication with my friend started fading out. I would send messages and her response was always “sorry I was busy.” We barely spoke. Our other friends complained that Bisi didn’t talk to them either, and it was because of this man she was now dating.

I remember scrolling through Instagram and seeing a picture of my supposed friend getting married, my heart skipped a beat. How was Bisi getting married and I had no idea? Was this why she had stopped coming to class? Were the rumours about her dropping out true? My phone didn’t stop ringing that day as our friends all had different reactions to what we had all seen on social media.

We never got answers till I ran into Bisi again 4 years later.

Bisi had married the wrong man. Dropped out of school to marry a violent man, a liar and a cheat. He had warned her to cut all her friends off as she had no business having single friends any more. She had willingly dropped out of school to bear kids for him, as he was getting older but even kids looked like a dream at this point. She had miscarried 3 times because of different instances – one which involved him pushing her down the stairs for not being active enough during her first pregnancy.

As Bisi spoke to me, I could feel my heart breaking, I cried. Who would have seen Bisi and known that she had endured all this?

I asked her how come she was doing so well now after everything she had endured. She said: “Debz, I turned my pain into a project, I knew that I had reached my lowest when I walked out of that marriage, but I also knew that I could only go up from there with the right mindset, I wanted to be able to fend for myself. It didn’t matter what decisions I had made to get here, I wanted to do the right thing moving forward”

Silence Your Giants
Bisi explained that when she decided to leave there were many thoughts that crossed her mind and even family members that told her she’ll never be anything as a divorcee. She said she had to work on her mind, because most times if you can fix your mind, you can fix your life. According to her there will days that you wouldn’t want to get out of bed, but you have to fix your mind on where you see yourself 10 years from now or even 5. After you have reached rock bottom, take time to mourn and keep moving. Don’t stay there. Be intentional about what project you want to turn your pain into and just do it.

Turn Your Pain Into Purpose
Bisi explained to me that sometimes your journey and experiences are lessons for other people. Do not be silent about them. We sometimes go through situations to raise a better generation. Do not let your pain overwhelm you. Focus on ensuring that your pain produces a better you. Whether it is working out again, speaking to people in the same situation and much more.

Sometimes we have to clear away the clutter so we can see what God has planned for us and when He shows you his plans, obey and turn it into a mission that can bless the next person.

“When something bad happens you have three choices. You can let it define you, let it destroy you, or you can let it strengthen you.” ~Unknown.