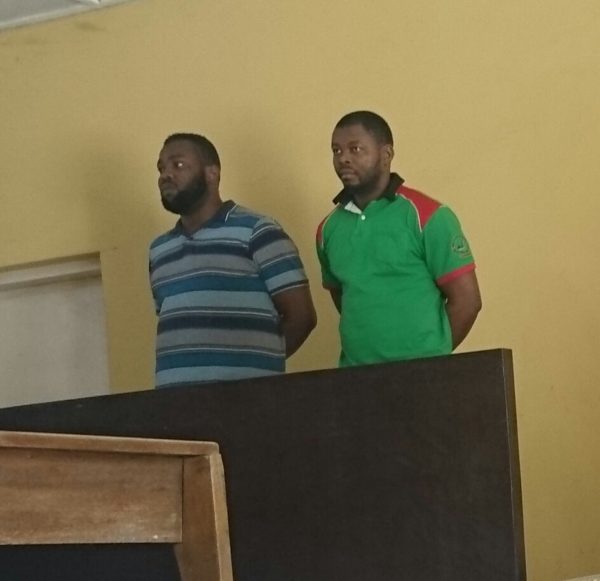 The Kano State High Court has sentenced one Oji Collins Azuka and Osaibueku Bright to 12 months imprisonment on a two-count charge of conspiracy and theft.

The convicts stole N2, 800,000 from a complainant’s bank account through several withdrawals without his authority.

Further investigation revealed that the sum was fraudulently transferred from the complainant’s account to the accounts of the convicts and two others who are still at large.

Upon arraignment today, the convicts pleaded guilty to the charges.

In view of their plea, prosecution counsel Musa Isah urged the court to convict them accordingly.

Justice Aisha Mahmud convicted the accused persons as charged, but before passing the sentence, counsel representing the convicts Ibrahim Isah pleaded with the court to tamper justice with mercy while sentencing the convicts.

She also ordered that the convicts refund the sum of N2,800,000 (Two Million, Eight Hundred Thousand Naira Only) illegally obtained to the complainant before the end of their sentence.

She added that failure to refund the money within the given time would attract additional three years prison term on the convicts. All sentences are to run separately.

Are You Beautiful & Intelligent? Register for the Ada Igbo Nma Brains and Beauty Pageant & Stand a Chance to Win the Coveted Crown

Behold the Phantom of the Night! Come Experience a Taste of Luxury as Phantom NightClub Officially Launches