Oh so Dapper! John Legend talks Raising his Daughter in Trump's Era on the Cover of Fault Magazine 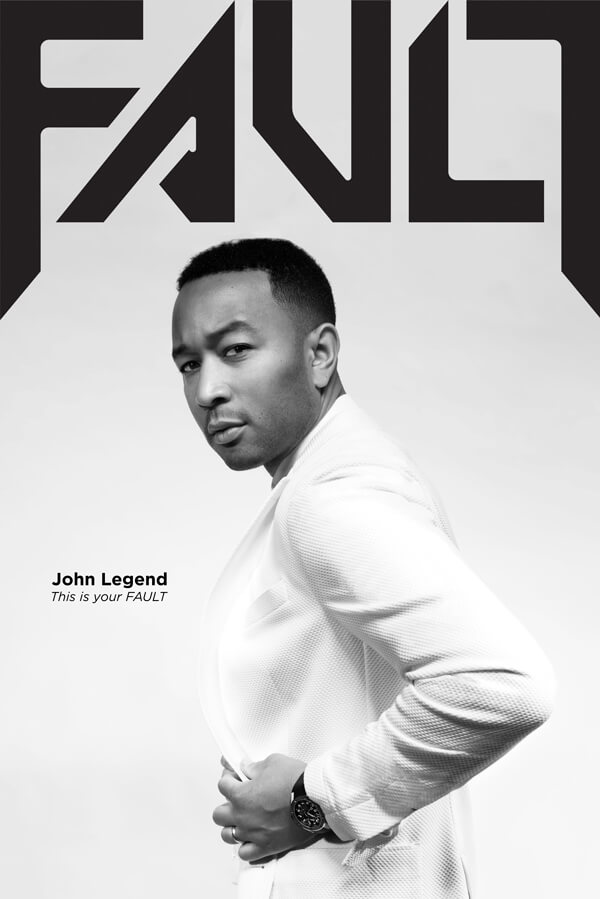 John Legend looks all sorts of dapper on the cover of Fault magazine in a crisp white suit and looks that could kill.

In an interview with the magazine, he talks about raising his daughter Luna in Trump‘s America, and his wife Chrissy Teigen.

See excerpts from the interview below. 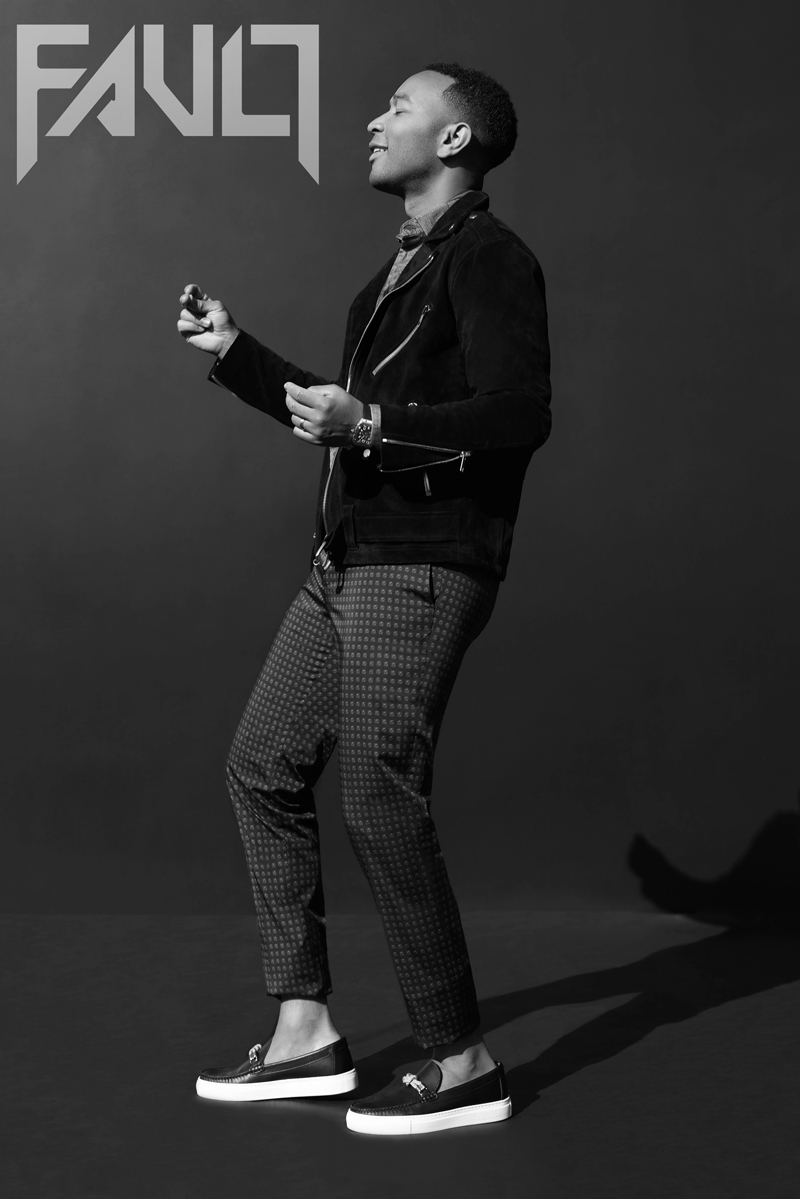 On how his wife Chrissy Teigen and daughter Luna have influenced his music:

“I think I’ve always been an optimistic person and I think that streak of optimism runs through each of my albums. I think there is just more depth to what I’m feeling because everything means more to me now I have a wife and daughter.

Everything in more significant and I’m thinking more philosophically about things and thinking about life and death a lot more. Before what I sang about were my ambitions of making money, getting girls and having fun which was a lot more selfish but now I have better perspective and depth on what’s really important in life.” 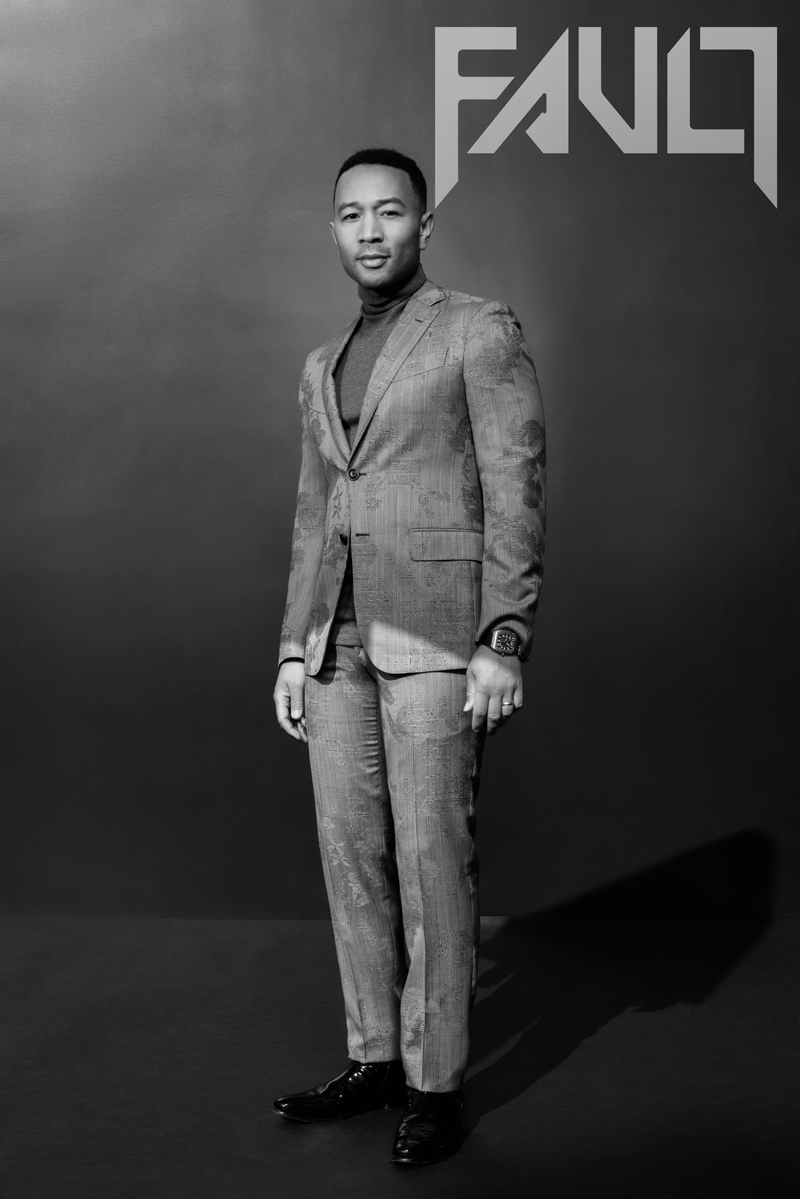 On raising his daughter in Trump’s America:

“Hopefully ‘Trump’s America’ won’t last very long and we get him out of here within the next four years. By the time Luna is old enough to be aware of what is happening, America would have elected a far better president. Trump promised to do things which are really bad for the country and some which are good and the hope is he’ll just do the good parts but I don’t have a lot of faith in him.

I’m just hoping for the best and when we need to resist and speak out, we need to hit the streets and do it. For now, I’m more worried about the people less fortunate than my daughter, people who might lose their healthcare or get excluded because of the colour of their skin, their religion and country of origin.” 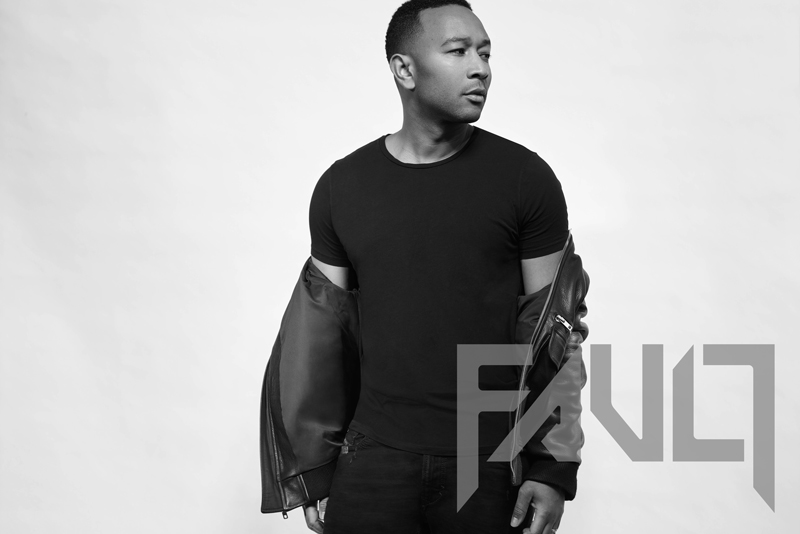 On where he feels most at home:

“I feel more at home on the stage! It’s all fun and high energy without the downtime. Communicating and connecting with the audience is one of the best things for a musician. I enjoy writing too but actually to perform those songs and having the audience singing back to me is a beautiful feeling…We’ll be touring worldwide for the rest of the year.”

What is his FAULT?

“I don’t like confrontation. Sometimes that’s good because I’m good at keeping the peace but when in times when you have to confront things head on I’ve never been good at that.”