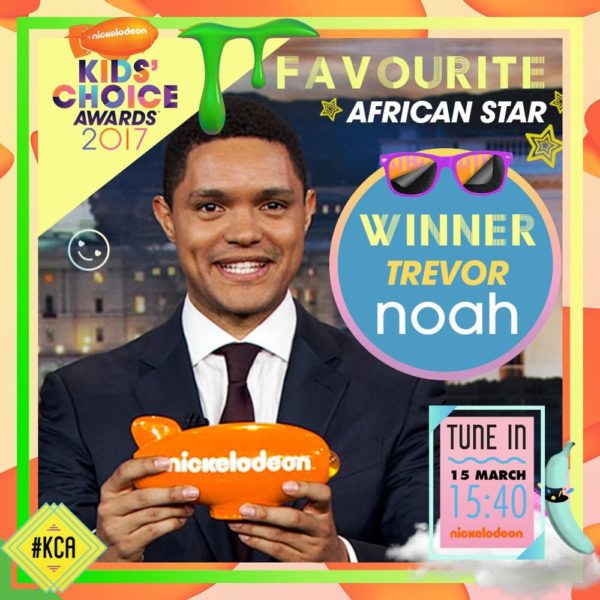 South African Comedian and host of Comedy Central‘s “The Daily Show,” Trevor Noah has just been announced as the winner of the Favourite African Star award of the recently concluded Nickelodeon Kids’ Choice Awards 2017. 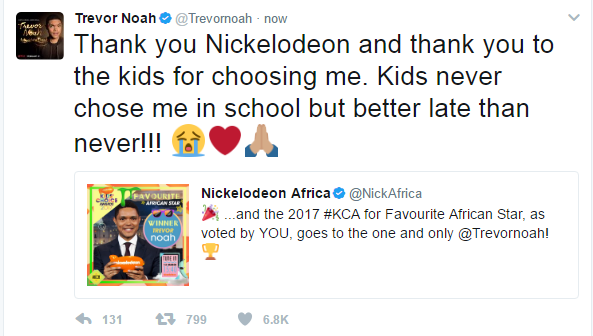