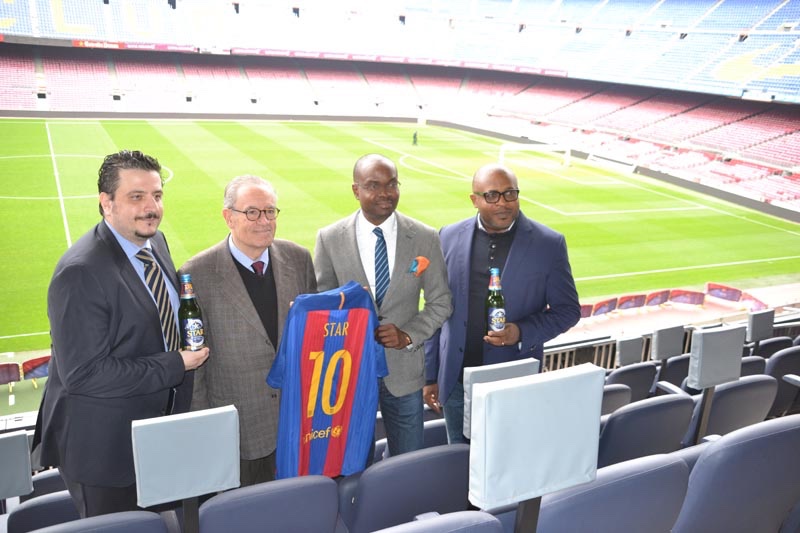 STAR Lager is partnering with one of Europe’s leading football clubs in a deal that will see the brand become the “Official Beer Partner” or “Official Supporter” of FC Barcelona in Nigeria.

The announcement revealed at a press conference and facility tour in Camp Nou, home to FC Barcelona will see STAR Lager beer use the logo, name, symbols and colours of the Spanish club side.

The significance of this new partnership bestows STAR Lager exclusive rights to promote the brands’ association to millions of FC Barcelona fans across Nigeria further supporting the vision to embrace an unrivaled passion for premium football experience by Nigerian fans. 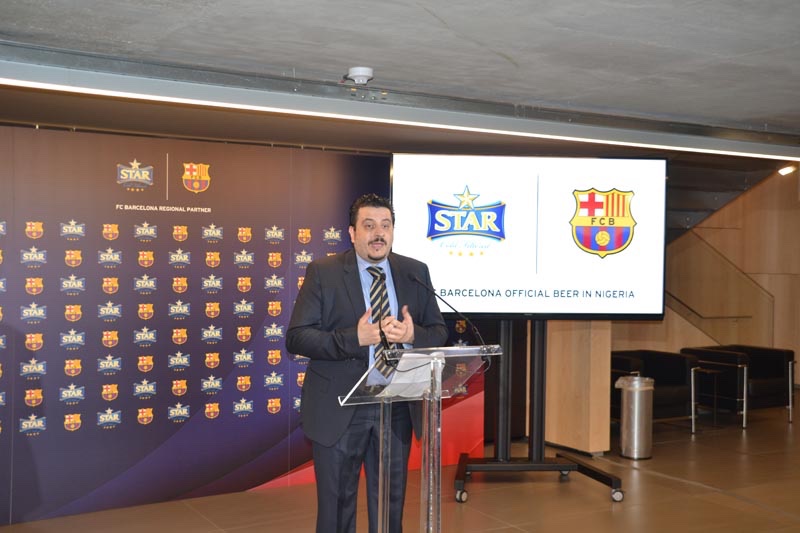 Commenting on the new partnership, Marketing Director, Nigerian Breweries Plc, Franco Maria-Maggi said it is part of STAR Lager’s commitment to its consumers’ with the biggest passion for football.

“We are committed as a brand to nurture a partnership as this one, which will positively impact on the development of the football landscape in Nigeria. As a national premium brand, STAR is investing in this and other partnerships with a huge potential for world class knowledge transfer.

The Nigerian football community will benefit from the technical expertise shared by the European giant as the growing sophistication of football fans mean the level of even local clubs in Nigeria must significantly improve to attract and keep the attention of the fans.” Franco Maria-Maggi concluded.

FC Barcelona, founded in 1899, is one of the oldest clubs in the world. It is the second most valuable sports team in the world, worth $3.56 billion, and the world’s second-richest football club in terms of revenue, with an annual turnover of €560.8 million. Notable Nigerian players who have previously pitched side with FC Barcelona include Emmanuel Amunike, Samuel Okunowo and Haruna Babangida, who was the second youngest player to feature for the club. 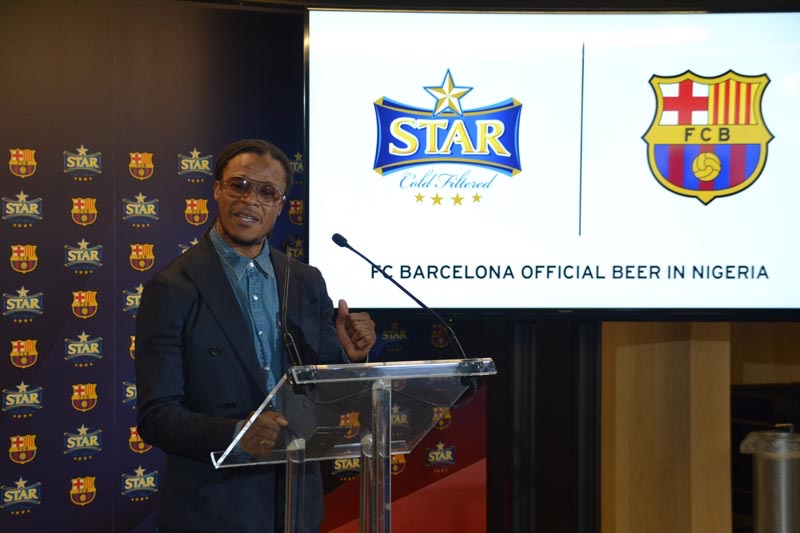 With knowledge of the impressive fan base in Nigeria, FC Barcelona legend Edgar Davids affirmed that;

“Playing for Barcelona gave me the opportunity to meet with, appreciate and respect the diversity of cultural background of players from diverse environment. This goes to show that football is truly universal and pulls down cultural barriers. It’s even more exciting to see a partnership between the club and Nigeria’s Number 1 beer brand, STAR Lager”.

“This partnership with FC Barcelona looks to build a deeper level of connection with the FC Barcelona followers in Nigeria. The attraction of FC Barcelona to the Nigeria football community will yield benefits in the medium to long term. We are constantly making football an exciting sport by breaking new grounds and embracing great opportunities to deliver premium fans’ engagement across various channels and platforms.”

Nigerian Breweries, makers of STAR, is a Heineken operating company. Since the first STAR lager beer bottle rolled out of the bottling lines in the Lagos brewery in 1949, the STAR lager brand has been a premium market leader and was listed by the African Business magazine in its 100 Most Admired African Brands in 2015.

67 years after it debuted in the Nigerian brewing sector, STAR Lager beer has continued to occupy the premium position bringing a brighter shine to millions of fans and actively supporting the development of football in Nigeria. 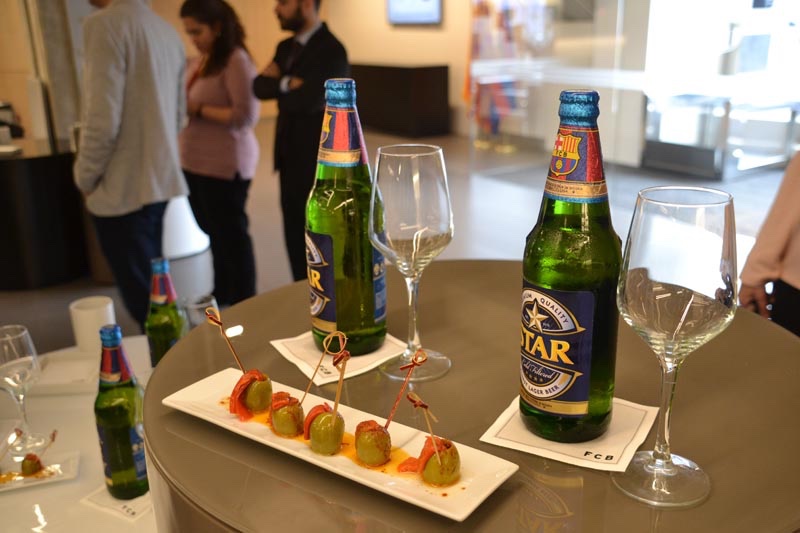 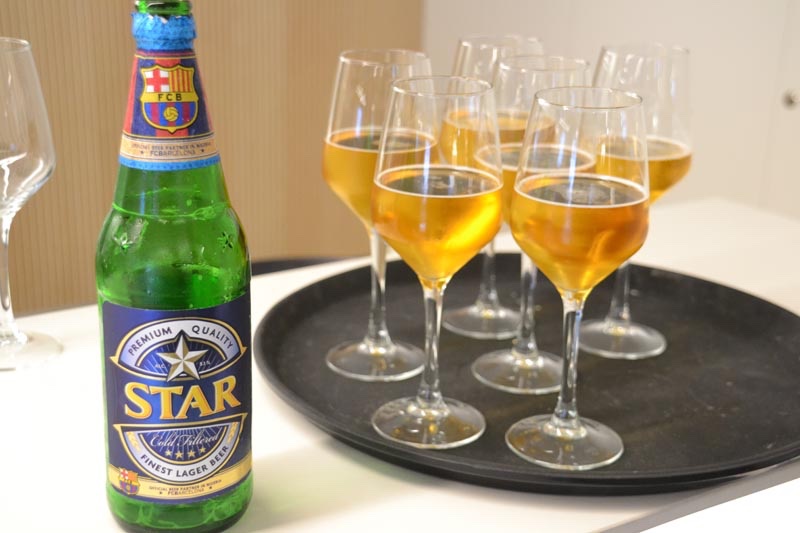 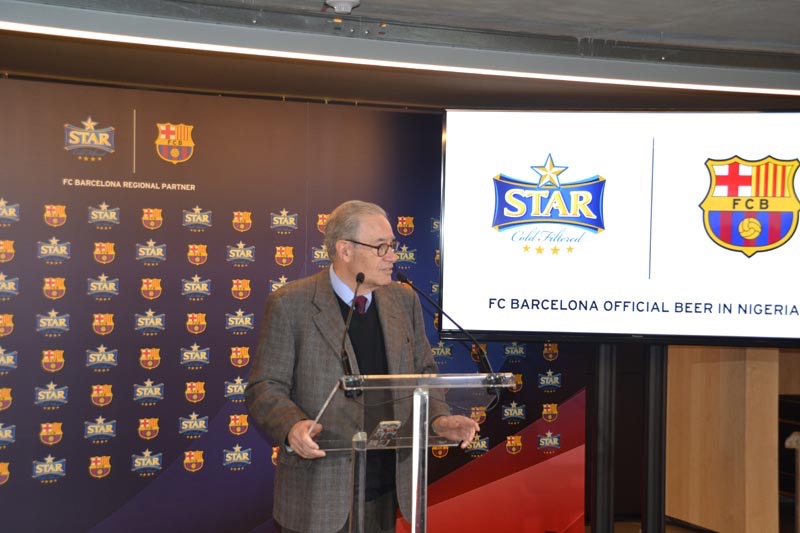 Silvio Elias – Member of the board FCB 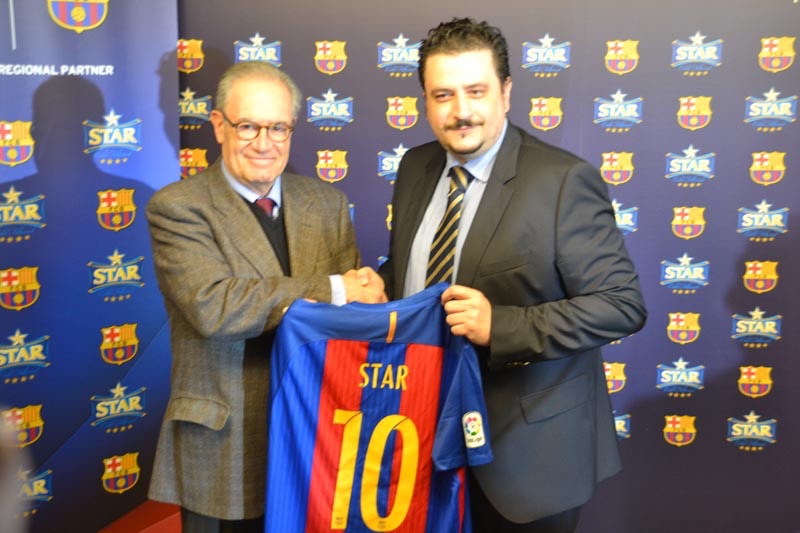 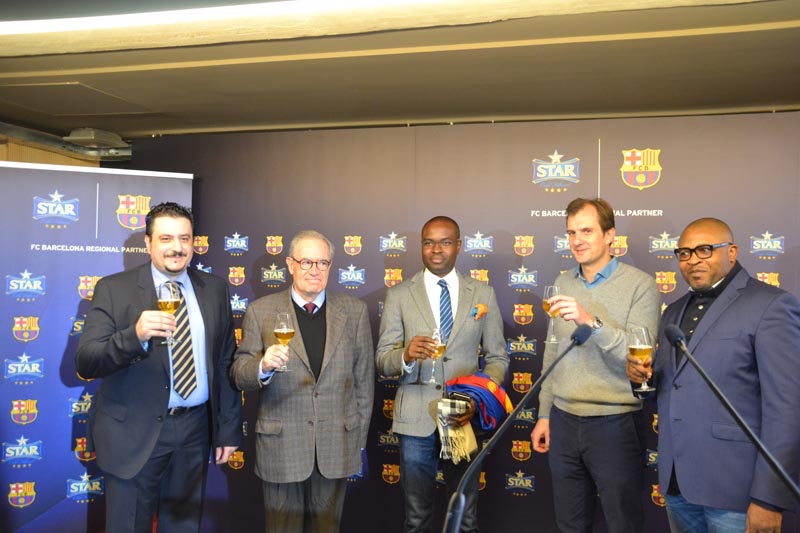 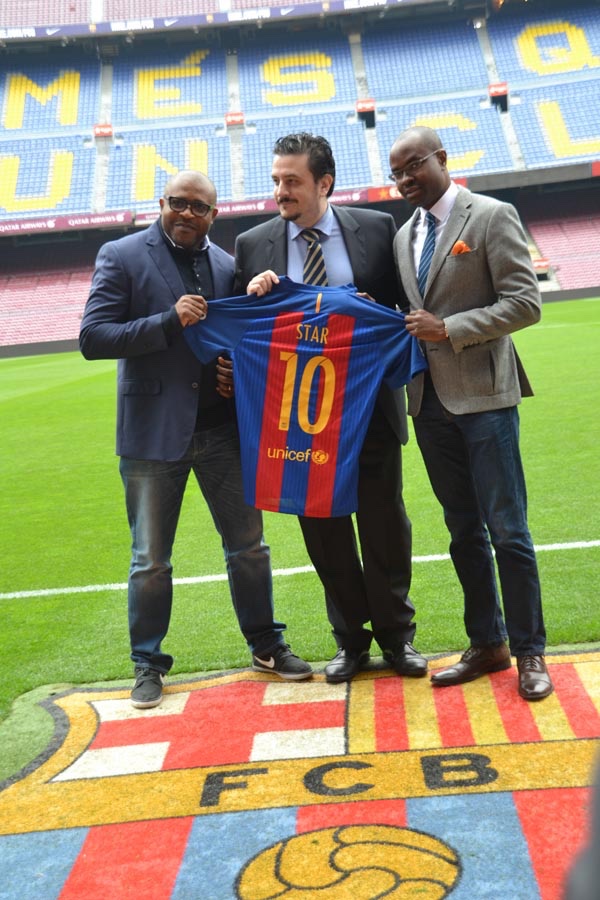 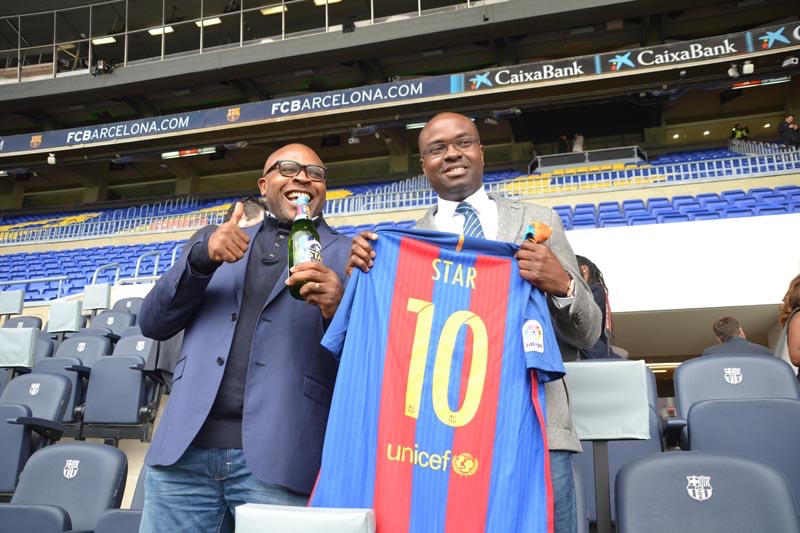 Exclusive: Tsaboin Founder Dele Odufuye Talks his Latest Project with Don Jazzy & What to Expect Later this Year + See Photos from the Launch of “Flobyt” in Lagos

London-based BellaNaijarians get in here! Here’s how you can Represent BellaNaija at the Down South World Premiere of MTV Shuga + Get to Hangout with the Cast