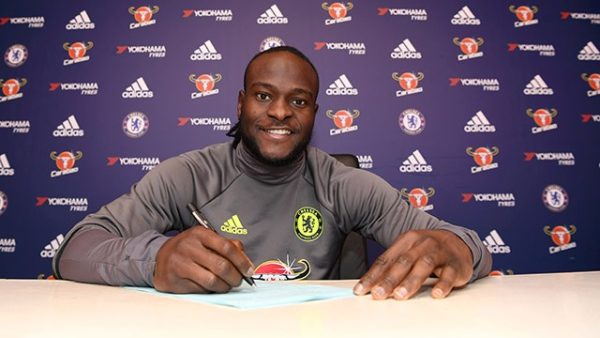 Nigeria and Chelsea FC winger Victor Moses on Wednesday signed a two-year contract extension to commit himself to Stamford Bridge until 2021.

The 26-year-old has established himself as a regular in the side this season, playing an integral role in our pursuit of silverware under Antonio Conte.

“I feel very excited. I’m delighted to be here for another few years now and to sign a new deal. Now it’s time to concentrate on the team and keep working hard to make sure we win games and try to win the Premier League this season.

We’re having a great season, I’m enjoying my football and we have a good manager here that has given every single one of us confidence. I just want to keep on enjoying it and working hard for the team,” Moses said upon signing the deal. 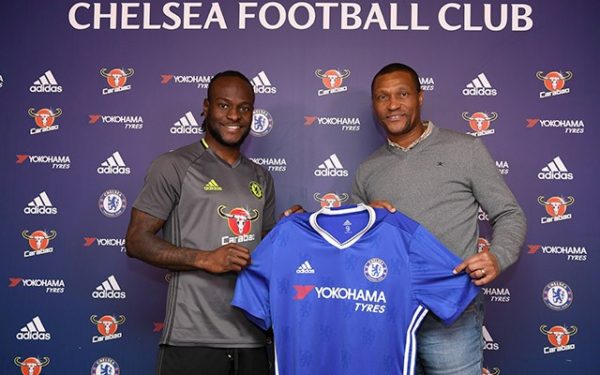 Technical director Michael Emenalo added: “We are extremely pleased Victor has chosen to extend his contract with us. He is enjoying an excellent season and, under Antonio’s leadership, has proved to be an important member of the squad.”

“This new contract is testament to Victor’s hard work and dedication to succeed at Chelsea and we believe he will be a big part of our future success,” Emenalo said.

Moses has produced incredible consistency in his performances, starting every Premier League game since October 1 when he was named in the line-up away at Hull City.

It was in that fixture that Conte switched to a 3-4-3 formation for the first time and Moses, deployed in an unfamiliar right wing-back role, impressed in a 2-0 victory. Since then, he has gone from strength to strength, growing in stature with every game and thriving under Conte’s guidance.

The combination of his natural attacking instincts, and ability to defend intelligently when the opposition are in possession, ensure Moses is ideally suited to the way in which Conte wants his team to play. He has become a valuable member of the side as well as a popular figure among supporters, scoring four goals so far this season, including a winner at home to Tottenham in November.

Moses arrived at Chelsea in 2012 from Wigan Athletic and enjoyed a solid first season at the club, helping us lift the Europa League trophy.

After spending time out on loan, he caught Conte’s eye during pre-season due to his technique, physical strength and high energy levels, and the Italian made the decision to keep him at Stamford Bridge for the 2016/17 campaign.

In total, Moses has made 72 appearances for the Blues, 28 coming so far this season, scoring 14 goals.

#SMWxBNStyle: It’s Today! Get the Details on the BellaNaija Style Panels at Social Media Week Lagos 2017