Yemi Alade is going on a USA/Canada Tour! 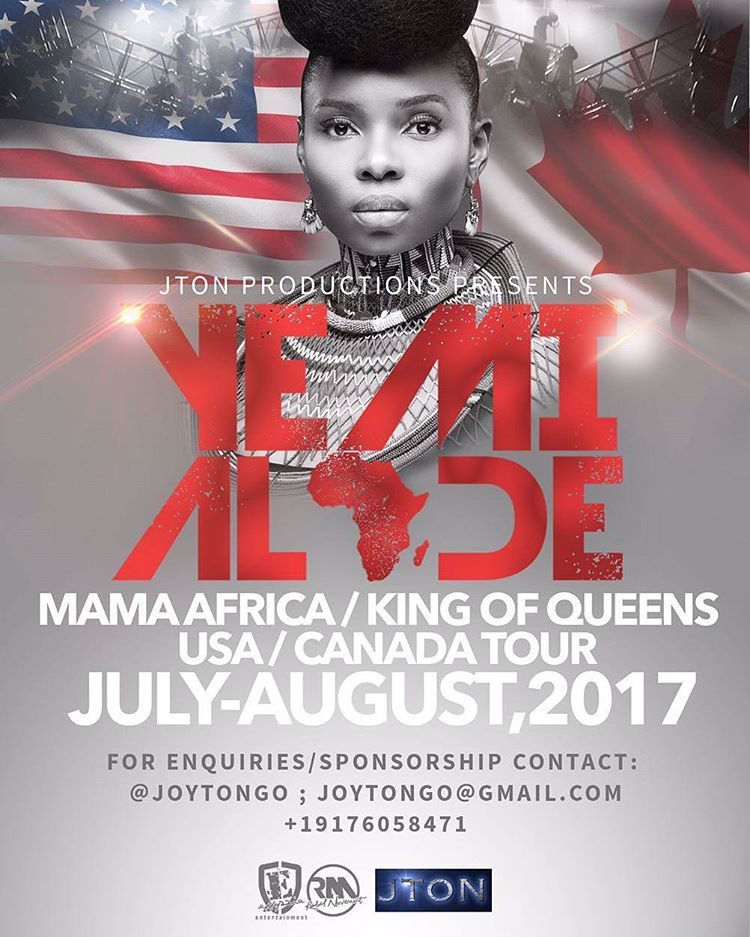 Effyzie Music‘s leading star, Yemi Alade took to her social media yesterday to announce that she will be dropping a new song soon. She played a few seconds of the song in an Instagram video yesterday while asking her fans to guess the song title.

The “Johnny” crooner and her Ova Sabi Band will also embark on a tour of USA and Canada after her France hosted concert which is slated to take place at the Le Trianon, Paris. This will be her first time touring these regions as the tour is in support of her “Mama Africa” and “Kings of Queens” albums.

Currently working on her third studio album as well as an EP, Effyzie Music have stated that her new single will be available for pre-order in days.

Do You Plan on Traveling this Easter Holiday? Fly for FREE with #KLMExperience – BUY Your Ticket from Now till April 7th for a Chance to Win Your Money back