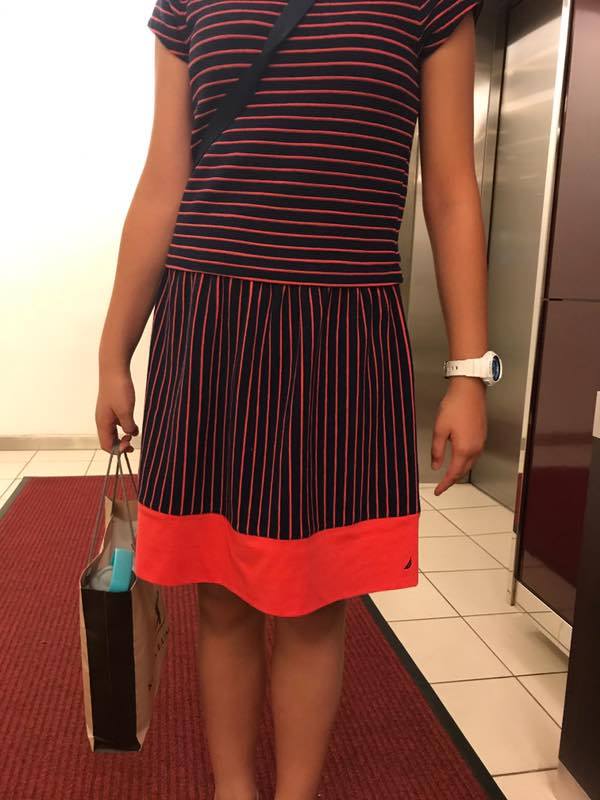 A 12-year-old girl who is the incumbent champion in her district in Kuala Lumpur, withdrew from a chess championship after organisers cautioned her about her dressing.

Malaysian chess player and coach Kaushal Khandhar in a Facebook post said that the girl, who is his student and a school chess champion of her district in Kuala Lumpur, felt “harassed and humiliated” by the actions of the tournament director and chief arbiter.

“In the middle of Round 2, without stopping the clocks, the chief arbiter informed my student that the dress she wore was improper,” said Kaushal in a Facebook post on Thursday night.

He said that the Chief Arbiter told the girl and her mother that the tournament director deemed that his student’s dress was “seductive” and a “temptation from a certain angle far, far away.”

“We found this statement completely out of line,” Kaushal said.

“After some discussion, Chief Arbiter had conceded and apologised to my student, personally assuring her that there was nothing wrong with her attire, but due to Tournament Director’s decision, he could not allow this dress to be worn by my student in the tournament. This discussion happened at around 10pm and Chief Arbiter gave them a choice to go to the mall nearby to buy a long slack for the next day 9.00am round. Due to the timing of this incident, it was impossible to get another attire in time for the 9.00am round next day, as all shops were already closed and wouldn’t be open in time.

Before the morning round next day, my student’s mother called Tournament Director regarding this matter, initially he had replied that he was not aware of the situation but after a brief discussion, it was realized that he knew all the details on this incident prior to this phone call. He promised to return the call upon discussion with Chief Arbiter, but this did not happen. He would further not answer or return any calls of my student’s mother.

This situation had led to the inevitable decision of withdrawal from the tournament all together.

We are absolutely DISGUSTED by the treatment of Tournament Director to a 12-year-old girl and her mother. This incident has resulted in loss of time and money which was invested before, during and after the tournament on coaching, registration fees, travelling, accommodation and other incurred cost.

This bright young girl was recently the champion of her district in MSS Kuala Lumpur and has shown tremendous potential in Chess. This incident has left her extremely disturbed, and embarrassed.

I have been playing chess in Malaysia for almost 2 decades and I have never heard this type of issue ever in any tournaments in Malaysia. This should be the first and last time this kind of issue ever appears, I or anyone of us should never accept this in our Chess Community.

We demand a public apology from Tournament Director of National Scholastic Chess Championship 2017. In the event, we do not receive a public apology in the next 5 days, we shall have no choice but to resort to legal proceedings,” Kaushal said in the post.

However, Malaysian Chess Federation (MCF) information officer Amirul Mohamad told Malaysian Insight that she was not forced to withdraw but had done so willingly.

Mohamad said that the “dignified appearance” for chess tournaments differs according to situations and is usually to be decided by the chief arbiter and tournament director.

“For example, during this year’s women’s world championship in Iran, the organiser wanted participants to wear a scarf. So the chief arbiter or tournament director can impose a certain dress code based on the situation at hand,” Mohamad said.

Mohamad added that violations of these regulations have rarely, if ever, led to disqualification of participants.

“The girl played in the first round, then the other arbiters including the chief arbiter noticed her attire. The chief arbiter spoke to her during the second round about her attire. After the second round she went with her mom to the tournament secretariat table to hand her letter of withdrawal with her signature. She wasn’t forced at all,” he said.

Mohamad also said that the situation was blown out of proportion by Kaushal’s Facebook post, adding that the Tournament Director Sofian Yusof  had lodged a police complaint towards Kaushal’s post

“The Facebook post was made by a third party who wasn’t even there at the tournament. It wasn’t made by the mother or the player, so it is actually untrue. Even the coach wasn’t there at the playing hall, so how can he make a statement if he is not there?” Mohamad said.

Yusof in his response to a letter from the girl’s mother Chi Wai Ling, said: “The organiser (tournament official and the school) had advised your daughter to dress accordingly for the following days since the tournament was being played inside a school compound under the Ministry of Education.”

Yusof adds that neither the girl nor her mother had appealed against the dress codes or protested at the time of the incident.

Chief Arbiter Chan Kwai Keong in a statement on Saturday said: “The organisers do not admit to the complainant’s version of the events. The organisers, however, will refrain from making a statement, as they wish to allow the Appeals Committee all opportunities to make an impartial and fair decision.”

The National Scholastic chess tournament was held in Sekolah Sultan Alam Shah, Putrajaya and was jointly organised by the MCF and Ministry of Education as a recognised World Chess Federation (FIDE) event.