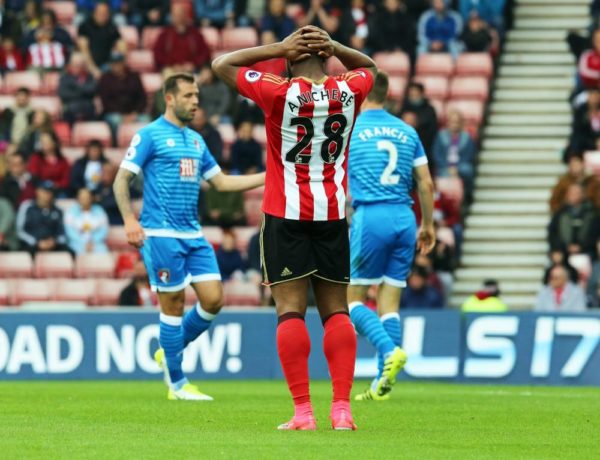 Sunderland‘s 10-year stay in the Premier League ended today as Bournemouth scored a late winner at the Stadium of Light. The defeat is Sunderland’s 23rd of the season, which means the Black Cats are relegated from the Premier League.

The Norwegian also came close in the 20th minute but his shot rebounded off the post and crossbar and into the arms of Jordan Pickford.

Artur Boruc saved from Jermain Defoe in the first half, and Fabio Borini and George Honeyman in the second, but the Black Cats failed to sustain any real pressure on the Bournemouth goal.