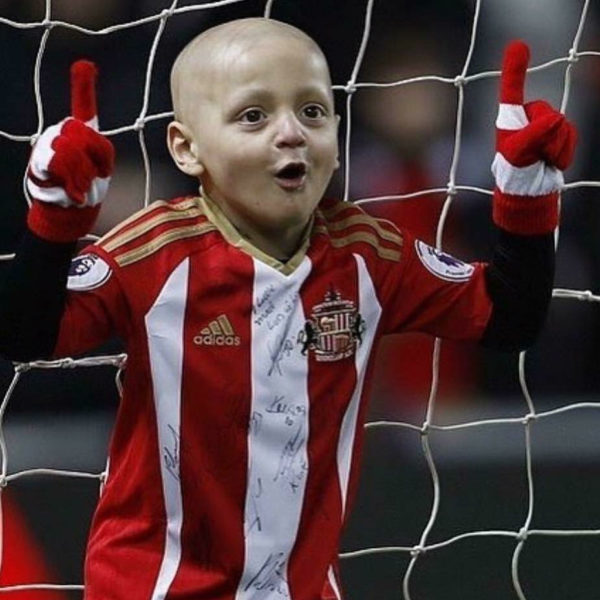 Everton and Sunderland, the two football clubs most associated with the late Bradley Lowery who became one of the iconic faces of last season’s English Premier League campaign, are to raise money for the foundation named after him.

The foundation is set up by Bradley’s parents in memory of the six-year-old, who sadly passed away on July 7, in order to raise funds to support other children facing battles against cancer and other life-threatening diseases.

The two clubs will meet in the League Cup on Wednesday and will sport shirts with the logo of the Lowery Foundation before signing and auctioning them after the match.

He began to capture the imagination of a much wider audience at Goodison Park last season during a Premier League match between Everton and Sunderland which happened to be his fifth birthday.

In a way to celebrate his birthday, his name was chanted live on television in the fifth minute that evening.

Plans were made to treat Bradley, who suffered from a rare form of cancer neuroblastoma with Everton and Sunderland willing to make a generous contribution towards it but ultimately his condition worsened and he was unable to go.

“The players of Everton and Sunderland will be wearing the logo of the Bradley Lowery Foundation on their shirts for Wednesday night’s League Cup tie at Goodison Park,” a statement on the Everton website reads.

“Everton’s official shirt sponsors and the shirt sponsors of the Black Cats (Sunderland) have both kindly donated their shirt space for Wednesday’s third round tie as a tribute to the young Sunderland fan who captured the hearts of the footballing world during his brave battle with neuroblastoma.

The news that the two teams would wear the foundation logo was greeted warmly by the parents.

“We are absolutely thrilled to see the Foundation logo on the front of the shirts,” said Gemma Lowery on the Everton website.

“The game has a very special meaning to myself and Carl (Bradley’s father) and we are overwhelmed by the support we have received from Sunderland and Everton.

“Bradley will be watching over everyone and I’m sure he would be very proud that his legacy can now help others.”